Nairobi and Mogadishu have agreed to have their respective ambassadors return to their duty stations, ending six months of frosty ties.

But they must now move to address issues largely left unattended to when they each withdrew their diplomats in December, after Somalia accused Kenya of interference in Mogadishu's internal political affairs.

Last week, Kenya's Foreign Affairs Cabinet Secretary Raychelle Omamo spoke for the first time this year on phone with her Somalia counterpart Abdirizak Mohamed and they "emphasised the importance of normalising diplomatic relations between the two countries."

According to a shared dispatch released by both governments, "the two leaders agreed to keep bilateral diplomatic channels of communications open between the two capitals in all matters of future strategic diplomatic relations."

This is a welcome gesture for the region because since last December, the two countries had largely been having indirect communication, often through third parties like Qatar who helped mediate through the tension.

Respective ambassadors, Maj-Gen (Rtd) Lucas Tumbo of Kenya and Somalia's Mohamud Nur Tarzan, will be reporting to duty stations with already a number of issues waiting to be immediately tackled.

But even as the two sides were warming up to each other, Somalia was fronting an accusation at the UN that Kenya's Defence Forces were conducting illegal airstrikes and killing civilians in Jubbaland.

"The nature of these widespread and systematic air attacks on Somali civilians and infrastructure rises to the distinction of war crimes under international law," claimed Abukar Osman Baale, Somalia's Permanent Representative to the UN, on June 15.

He had submitted to the UN Security Council, what he called evidence of Kenyan airstrikes in Somalia, including incidences in El Adde where Somalia claims a child and a woman were struck to death.

The African Union Mission, under which the KDF serve, has promised to investigate the June 3 incident, but Somalia's decision to proceed with a complaint to the UN signals an enduring mistrust.

Adam Aw Hirsi, a former Somalia senior government official told The EastAfrican that the mending of relations could be a crucial step towards addressing the mistrust, especially on the conduct of the security forces.

"The ostensible thawing of relationship between Somalia and Kenya is a good thing. "However, there is an active hostility by KDF on civilians minding their animals in Gedo. Now Somalia cannot disown Gedo people as Kenya cannot disassociate with KDF," he said.

Amisom, however, retains the authority to approve airstrikes and it is likely that Somalia's complaint could be referred to the African Union for addressing according to an Amisom official who spoke to The EastAfrican about their operations.

Prof Abdulrahman Beileh, Somalia's Finance Minister was earlier forced to clarify the lifting of the ban, specifying that only the Ethiopian deliveries would be accepted, as long as traders obtained special licences. With the improving of relations, Kenya now expects that he will authorise deliveries initially banned under the cover of Covid-19.

Kenya indicated this week the two sides should resume trade, travel and other bilateral issues.

The two countries also have a pending maritime dispute which is awaiting a final verdict at the International Court of Justice. Although ICJ decision cannot be appealed, the feeling in Nairobi is that the maritime issue should be resolved through dialogue, rather than courts. In March, Kenya refused to take part in the final oral hearings accusing the Court of bias. The two countries must also complete discussions on trade issues such as Kenya's request to have Kenya Airways flights to Mogadishu and Hargeisa and the enduring issue of refugees at Dadaab camp where a majority of refugees are from Somalia.

Last month, Kenya and the United Nations High Commissioner for Refugees agreed to stagger the closure of Dadaab and Kakuma camps, to allow for a humane departure of the refugees. In the past, a tripartite agreement involving Kenya, UNHCR and Somalia lasted three years, only managing to have about 28,000 Somali refugees returned to Somalia voluntarily. Kenya has argued that the camps pose a security risk but international refugee treaties forbid forcible return. Some of the refugees have lived in the camp for nearly three decades. 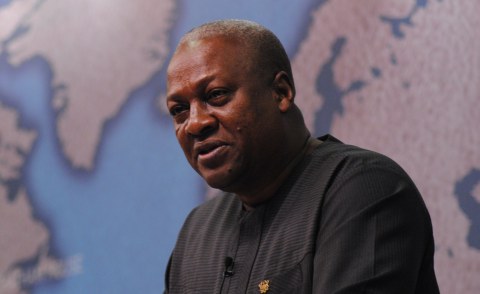 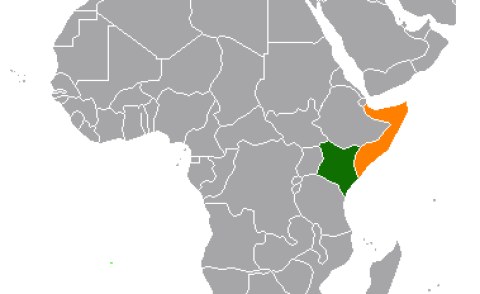 Somalia Draws The Line With Kenya on Maritime Border Dispute
Tagged:
Copyright © 2021 The East African. All rights reserved. Distributed by AllAfrica Global Media (allAfrica.com). To contact the copyright holder directly for corrections — or for permission to republish or make other authorized use of this material, click here.