Tanzania/South Africa: Kaizer's Success Shows Where Simba Should Have Been

IT must be hurting Simba a great deal after witnessing Kaizer Chiefs' success last week in the first leg of their semifinal against Morocco's Wydad Casablanca when they edged out their hosts by one goal to nil.

Indeed, this must be very hurting for them for their failure to take out the South Africans in a match many strongly believe that they should have won had they played hard enough.

Having beaten their hosts in their own backyard, the South Africans should be able to go to the finals, where I personally expect to see Egypt's Al Ahly under the guidance of South African coach, Pitso Mosemane, making it all the way to the finals.

The alacrity with which Kaizer Chiefs' management sacked Gavin Hunt after the team's close shave against Simba in Dar es Salaam, it is quite clear that the South Africans want to join other South African soccer clubs, Mamelodi Sundowns and Orlando Pirates who have both already won the Champions League.

South African clubs are quickly closing in on the powerful Maghreb clubs in stamping their authority in continental football. And, that is what I also expect our clubs, Simba, Young Africans and Azam FC, to manage, very carefully, their acts by becoming more relevant in continental rather than in their irrelevant arch rivalry, which has been confined for years local front.

For over a decade now, the rivalry between Kaizer Chiefs and Orlando Pirates has shifted from their home turf to soccer pitches outside South Africa.

After Orlando Pirates became the first South African club to win the Champions League late in 1996, in 2001, Kaizer Chiefs responded to their arch rivals by winning the continent's Cup Winners Cup and would go on to take on Egypt's Al Ahly in the continent's Super Cup; a trophy that pits Champions League soccer kings and the then Cup Winners Cup, whose name has since been changed to the Confederation's Cup.

Now that is the kind of soccer rivalry we want our clubs to work for; to demonstrate their strength not in the premier league. We had that for too long; but in the continental clubs soccer tournaments.

Both arch soccer rivals, Simba and Yanga have had more than enough jostling for the local league. It is time they took their rivalry outside the country's borders into the Confederation Cup and Champions League in the same way Egyptian, Tunisian, Algerian, Moroccan and South African clubs are doing.

All the three clubs, Simba, Young Africans and Azam FC have the resources to get the kind of players they need to get where the Moroccans, Egyptians, Algerians, Tunisians and South Africans have been getting to.

But they cannot get where soccer clubs from the five African countries have been getting to until and unless they opened their eyes wide enough to get some of the youthful players we recently saw appear in the on-going U-20 league.

The three local clubs need to start thinking hard about registering young players who can easily learn from the more experienced foreign players they have been recruiting from other African players.

For instance, I'm quite sure a club like Simba is likely to reap a lot of benefit if it recruited those U-20 players from other clubs and from within their own stable and blend them up with its legion of foreign players led by the likes of Zambia's Clatous Chama and Uganda's midfield dynamo, Thadeo Lwanga.

If all the three powerful Tanzanian soccer clubs can get on board most of the best players currently playing in the U-20 league and sprinkle them up with the foreign players they have, Tanzania stands to reap a lot of benefits by the end of next season.

For the three soccer clubs would not only succeed in turning around the fortunes of youthful players, but the clubs would have also succeeded in building sides that could last more than five seasons.

Internationally, the three clubs would have managed to establish very strong local players who would help them reduce their budget for foreign players. We really need to ask ourselves the following question.

If the Algerians, Tunisians, Moroccans and Egyptians can build the bulk of their squads with local players, what stops Tanzania from doing the same thing, especially at this point when the on-going U-20 league has just demonstrated how rich in is in terms of soccer talents.

It only took Young Africans' Tunisian coach less than two months to discover that the club's U-20, which has been doing very well in the on-going youthful league, was actually better than the club's senior team which he had been contracted to train.

The Tunisian coach implies that if he was given his way, he would rather have the club's U-20 which has been struggling in the on-going Mainland Premier League than the senior team which has been giving him nightmares. 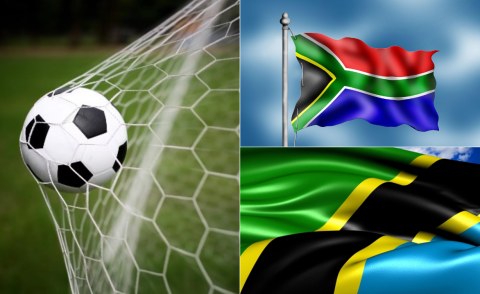 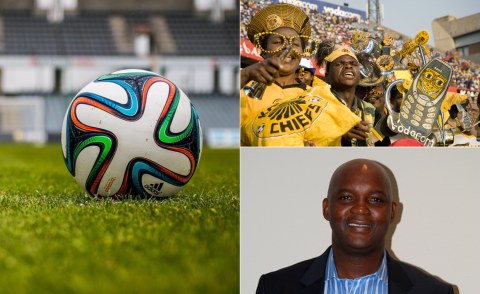 Al Ahly, Chiefs to Lock Horns For CAF Champions League Title
Tagged:
Copyright © 2021 Tanzania Daily News. All rights reserved. Distributed by AllAfrica Global Media (allAfrica.com). To contact the copyright holder directly for corrections — or for permission to republish or make other authorized use of this material, click here.