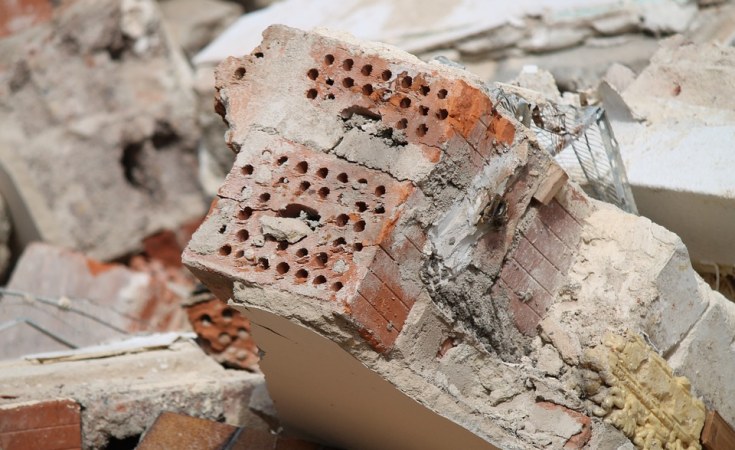 Demola Adeleye and his family were sleeping in their three-bedroom bungalow when they were awoken by the sound of bulldozers demolishing the homes around them.

In February a task force sent by Lagos state's New Towns Development Authority (NTDA) started bulldozing all the structures in the coastal neighbourhood of Oke-Egan and evicting the occupants.

"I am pained and depressed," Adeleye, 38, said with tears in his eyes.

"Look at where I have been sleeping with my wife and four children," he added, pointing to a half-finished building behind his welding workshop where his family has been staying since their house was razed to the ground.

"Whenever I wake in the morning, I cry."

Olakunle Aboyeji, general manager of the NTDA, confirmed the demolitions to the Thomson Reuters Foundation and said it had acquired the land in Oke-Egan from the traditional owners, who were compensated with 20 hectares (50 acres) nearby.

The demolitions were the latest in a string of evictions that have ramped up over the past five years as the Lagos government clears slums, homes built on lagoons and other informal settlements to house a rapidly growing population.

Residents say in its push to create more housing the government is destroying their homes without relocating or compensating them.

Lagos is home to more than 20 million people, about 70% of them living in informal settlements, according to the latest government estimates.

Anticipating that the state's growing population would lead to housing challenges, the Lagos government drafted a housing master plan in 1981 and established the NTDA to implement it, the agency states on its website.

About 14 housing projects - more than 7,000 affordable housing units - have been built so far and more than 20 others are in various stages of development, according to the NTDA.

"We plan to develop, not demolish," said Aboyeji.

He said the illegal structures at Oke-Egan were torn down to make way for the development of a new housing estate.

He noted that the general public was warned not to purchase any land within the state without seeing a title deed - known locally as a certificate of occupancy.

"The demolitions would not have taken place if there had not been encroachment on the planned sites acquired several years back for the (housing project's) development," he wrote in emailed comments.

Oke-Egan residents said more than 400 informal homes were demolished in the neighbourhood in February.

Adeleye said when he bought the land from the traditional owners six years ago, he was assured the sale was legitimate and only found out later that the land had already been bought by the government.

"The landowners told me the land was theirs and not the government's. So many other people also came and bought land here," he said.

He and others who settled in the area never saw title deeds for the land they bought and did not apply for them, he said.

Timothy Nubi, director of the University of Lagos' Centre of Housing and Sustainable Development, said confusing and complicated land ownership laws make it difficult for Nigerians to access land and to know who owns the land they live on.

In 1978, Nigeria passed the Land Use Act, which nationalised all land, and was intended to override customary land rights with the aim of making land more accessible, improving tenure security and boosting development.

But many communities do not recognise the government as the owner of Nigeria's land, Nubi said.

As a result, even after the government has compensated traditional owners for use of their land to build housing, the owners sometimes sell their land to individuals, he added.

The process of getting a title deed is also expensive and time-consuming, Nubi noted.

While there are no reliable figures on land ownership in Nigeria, various estimates by the government and land rights groups say less than 3% of land in the country is registered.

Nubi said the Act should be amended to address the current need for affordable housing in Nigeria.

Adeleye said being evicted during the COVID-19 pandemic has made it impossible for him to find somewhere new to live.

"I do not have jobs as I usually do. It is hard to find new land to buy in Lagos," he said.

Four days after the demolitions at Oke-Egan, the evicted families protested in front of the Lagos State House of Assembly, calling on the government to compensate them and provide alternative housing.

But the officials do not plan on paying or relocating the families, said Aboyeji at the NTDA.

He said the residents should have carried out due diligence checks before acquiring the land, such as hiring land surveyors and getting official ownership information.

"It is a matter of buyers beware," he said.

While some of the people evicted from Oke-Egan have returned to their home villages, others have relocated to other informal settlements.

Nubi said he agreed the residents should have sought government approval before building on the site.

But he added that the government was also wrong to evict people who had built homes and communities from nothing without helping them find somewhere else to live.

"For me, a slum is a triumph of urban poor. No man under the constitution should be denied what he has without adequate compensation," he said.

(Reporting by Kelechukwu Iruoma, Editing by Jumana Farouky and Zoe Tabary. Please credit the Thomson Reuters Foundation, the charitable arm of Thomson Reuters, that covers the lives of people around the world who struggle to live freely or fairly. Visit http://news.trust.org) 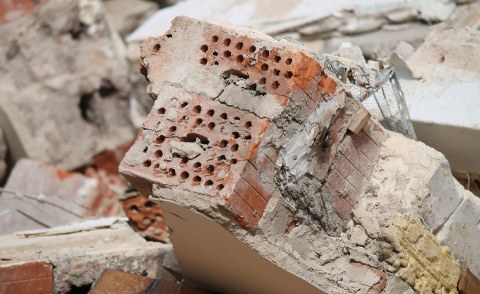 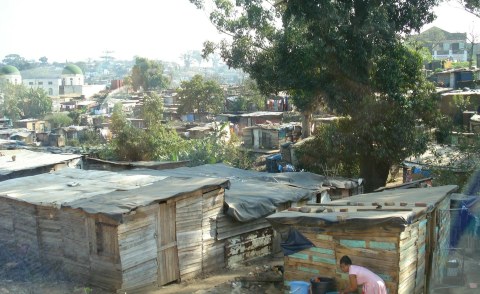 Why Lagos Govt Destroyed Over 1,700 Illegal Homes, Shops
Tagged:
Copyright © 2021 Thomson Reuters Foundation. All rights reserved. Distributed by AllAfrica Global Media (allAfrica.com). To contact the copyright holder directly for corrections — or for permission to republish or make other authorized use of this material, click here.

Why Big Brother Africa May Not Be Coming Back
Conflict