Burkina Faso: "The Parish Priest and the Faithful Perhaps Kidnapped to Be Used As Human Shields" 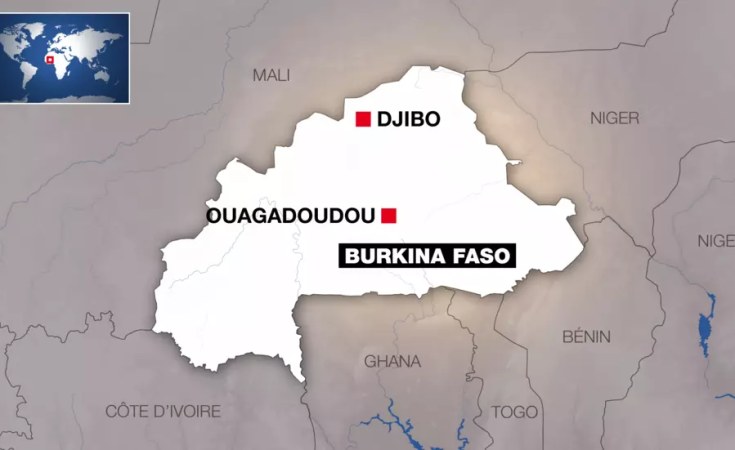 Bamako — "Perhaps the priest and the faithful who accompanied him were kidnapped, at least initially, to serve as human shields by an armed group chased by the army and fleeing towards the border with Burkina Faso", say to Fides Church sources in Mali, referring to the kidnapping on June 21 of Fr. Léon Douyon, parish priest of Our Lady of Lourdes in Ségué, together with Thimothé Somboro, village head of Ségué, Pascal Somboro, deputy mayor, and two other members of the community, Emmanuel Somboro, catechist, and Boutié Tolofoudié.

"The group was on its way from Ségué to San to take part in the funeral held yesterday, June 22, of Fr. Oscar Thera, who had been parish priest for 9 years in Ségué". They were kidnapped about thirty kilometers north of Ségué, near Ouo. The village of Ségué, located on the Dogon plateau is inhabited largely by Catholics from the diocese of Mopti.

"We hope that negotiations are underway to free them", add the sources. The kidnapping that began perhaps, as mentioned, with the motivation of using the hostages as human shields could evolve into a kidnapping for purposes of extortion. It is not uncommon for the various armed groups operating in Mali and other countries of the Sahelian belt to exchange prisoners and have them managed by organizations specialized in the management of kidnappings for the purpose of extortion, often passing from one State to another. Precisely in Mali on October 8, 2020, Fr. Luigi Maccalli (of the Society of African Missions, SMA) who had been kidnapped by jihadist militiamen, in Niger on the border with Burkina Faso, on the night between 17 and 18 September 2018 was released. Finally, we recall that Sister Cecilia Narváez Argoti, a Colombian religious of the Congregation of the Franciscan Sisters of Mary Immaculate, kidnapped in the mission in Karangasso, in southern Mali, on the evening of February 7, 2017 is still in the hands of the kidnappers.

Amid Growing Instability, France Signals It Will Reduce Military Presence