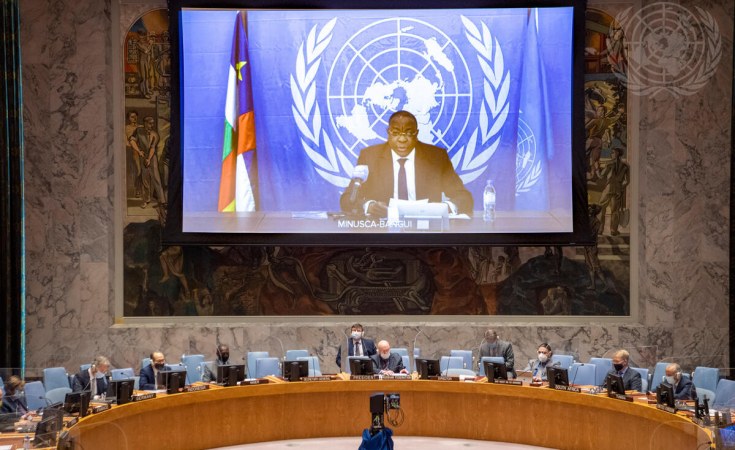 The allegations, denied by Russia, come after the UN envoy to the CAR, Mankeur Ndiaye, told the Security Council on Wednesday that "bilateral forces and other security personnel" posed a new threat to the civilian population.

Ndiaye said the situation in the CAR was "among the most dangerous in the world", adding that reports of sexual violence were five times higher in the first quarter of 2021 compared to a year earlier.

The French ambassador to the UN, Nicolas de Rivière, said the country was being rocked by extrajudicial executions, gang rapes, torture, occupation of schools and violence targeting Muslim communities.

Fighting among rebel militias has been ongoing in the CAR, one of the world's poorest countries, since former president Francois Bozize was ousted from power in 2013.

Bangui has promised to put an end to the hindrances suffered by the UN peacekeeping force, Minusca, which has been in the CAR since 2014.

A recent report by Secretary-General Antonio Guterres said there had been an "unprecedented increase in hostile threats and incidents" targeting peacekeepers and civilians.

People in he CAR continued to face an "unacceptably high level of violence", Guterres added.

Witnesses say paramilitaries from the Wagner Group, a private Russian military company, are actively participating in the fighting.

In an interview in the weekly Journal du Dimanche in May, French president Emmanuel Macron accused the Wagner group of interfering in CAR, which has "allowed the legitimising of a presence of predatory Russian mercenaries" by top levels of government.

However Russia, which has troops in the CAR training its military at the invitation of the government, only recognises the presence of a thousand "unarmed instructors" in the country.

Violence blamed on Bozize and his armed supporters threatens to nullify a peace deal between the government and 14 rebel groups that was signed in February 2019.