Zimbabwe: Chinese Businessman Confronts Kazembe for Failing to Protect Him 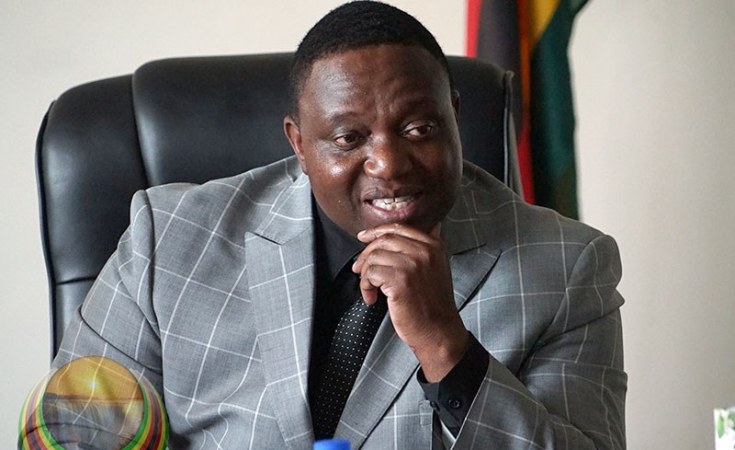 A Chinese businessman has dragged Home Affairs minister, Kazembe Kazembe to court after the top government official allegedly failed to protect him and his land from suspected war veterans who invaded the property in 2019.

Li made an application for an order compelling the respondents to provide security services to the Sheriff in the process of an order of the High Court granted in his favour for eviction of some war veterans who have settled in his land.

The businessman is running distribution, construction, and farming companies.

He also has over 50 retail shops with a large workforce.

The land in dispute is in Stoneridge, Waterfalls measuring 20, 2321 hectares.

In August 2019, some settlers who posed as war veterans threatened to occupy the land.

On August 28, 2019, Li then approached the court where an interdict was granted against the war veterans barring them from taking or occupying his land.

"Contrary to the import and essence of the consent order, the respondents, together with their invitees proceeded to unlawfully enter the land and apportion the same among themselves," reads part of the affidavit.

"They also started constructing illegal structures in breach of Town and Country Planning laws as well as the Environmental Management Act, among other provisions of the law. Their settlement, besides being an illegality, posed a time bomb from a public health perspective."

Prompted by this development, Li instituted proceedings for eviction of the settlers and demolition of their illegal structures.

In October 2020, the court again granted an order for eviction of the alleged war veterans prompting Li and his lawyers to instruct the Sheriff to execute the court order.

He said there was a possibility of public disorder, mayhem, or violence if he did not enlist the assistance of the police.

The sheriff has told the businessman he could not do the execution without security from the police but that has allegedly been denied by the respondents.

Since then, Li has been shunted from one office to another with no prospects of success in getting the security he wants.

"Execution of the order of this court remains a pipe dream or a near impossibility as a result of the respondents' lack of attention and commitment to execution of the court's order and this matter will not be finalised," reads the affidavit.

"It has therefore become necessary for the applicant to approach this court seeking an order to compel the ZRP to provide security personnel to the sheriff for him to perform his mandate."