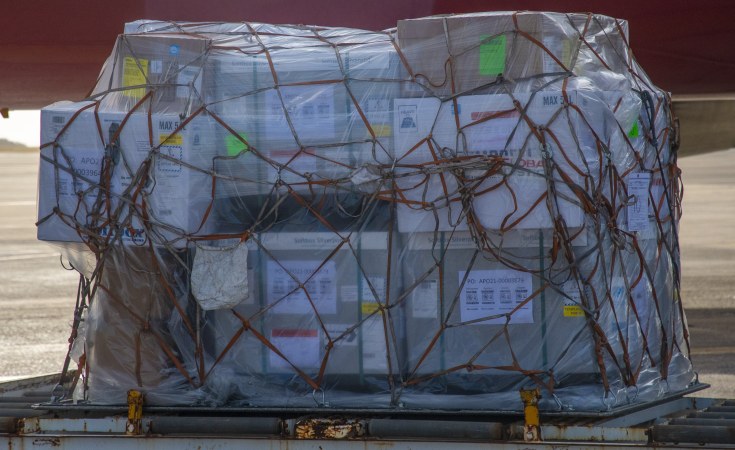 The first doses of the AstraZeneca vaccine arrived in Ivory Coast in late February. By March 1, the country started vaccinating people, making it the first in the world to do so through the COVAX initiative, a program co-led by the World Health Organization; Gavi, the Vaccine Alliance; the Coalition for Epidemic Preparedness Innovations; and UNICEF.

"The program plays a crucial role," said Kouacou Epa, an immunization specialist with UNICEF in Ivory Coast. "We know that the vaccines are being used more in the developed countries, but we know the coronavirus is also here in Ivory Coast and the other developing nations."

Epa continued, "What COVAX is doing is to make sure the vaccines are available in quantity and quality to help countries attain herd immunity, stop the disease and, if possible, go back to the normal lives we knew before."

So far, Epa told VOA, the country has used the more than 500,000 doses delivered through COVAX. Additionally, it was able to secure more vaccines from other nations, including India and France, bringing the total doses to nearly 730,000.

The vaccination rollout has not gone without challenges, however. The country's head of public hygiene, Bi Vroh Joseph Benie, says the average Ivorian went through three stages in their thinking about the vaccine.

"In the beginning, most people didn't want to take the vaccine because there was some fake news in social media that the vaccine was going to go through an experimental phase on Africans first. For those reasons, people were very reluctant," Benie told VOA.

Another hurdle came when many countries suspended use of the AstraZeneca vaccine over concerns about possible blood clots.

Both Benie and Epa said that to ensure people would step out of their comfort zone, the country modified its communication strategy to tackle vaccine hesitancy. Campaigners concentrated not only on the urban center of Abidjan but also developed what has been called the "politics of proximity" -- meaning they got closer to communities across the West African nation to spread the word.

As of June 9, the Ivory Coast reported over 47,500 COVID-19 cases, with more than 600 deaths, and has vaccinated nearly 607,000 people, according to the country's Ministry of Health and Public Hygiene.

"We went from one vaccination center at the Palais des Sports arena in the beginning to now more than over 400 centers across the country," Benie said. "Additionally, we have a dozen mobile units to get closer to the population."

At the city hall of Abobo, a northern suburb of Abidjan and one of its 10 communes, people wait in line to get vaccinated. Yao Serge Djezou, the deputy director of communication at the health ministry, is on hand at the ministry-organized event.

"In areas where there aren't many hospitals, these mobile vaccination units are there to fill the void. It also helps to get closer to the communities," Djezou said.

While many Ivorians still said they would not get the shot, some, like Abidjan resident Elhaj Gbane Mour, said they would. "I will get vaccinated 100% because it's a disease that could kill you," he said. "We saw it on TV, and we saw that it killed a lot people, so everyone should get the shot."

That's not the case for Sephora Beugré, a student in Abidjan. "No, no, I will not take the vaccine, because I am afraid that it might be dangerous for (my) health. So I will not do it," she said.

Kouadio Jonas N'guessan, also of Abidjan, said, "I don't know anyone close to me who died from the virus. So I don't think the coronavirus exists in Cote D'Ivoire."

Incentives to get vaccinated

Meanwhile, like many countries, Ivory Coast is offering incentives for people to get the shot -- such as free tickets to the recent soccer match between the Ivorian National team and Burkina Faso.

"We just asked all the fans to get vaccinated. And with their vaccination card, they get to see the match for free. It's a concept we just started, and people have been responsive," Djezou told VOA.

Ivorian health officials say that in addition to providing vaccines, they'll keep testing for the virus, a task that is also key to controlling the pandemic.

They are also ready to receive more shots, including ones that require colder storage temperatures, because they have a cold-chain system ready to handle whatever vaccines come their way.

Eric Biantuadi contributed to this report from Ivory Coast.