South Africa: 'I Feel I Belong Because This Is Where I Was Born' 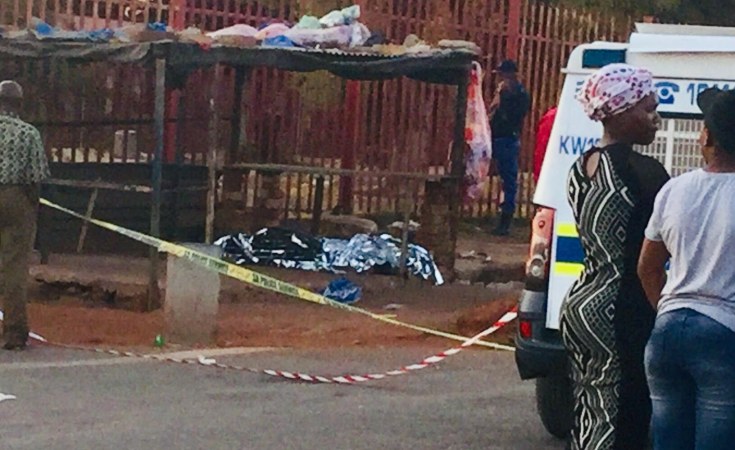 They are the children of refugees who have become permanent residents. Yet they continue to struggle for official acknowledgement and a more secure status.

Despite being born in South Africa, 23-year-old Ali* has no idea what it feels like to enjoy the rights granted to South African citizens.

Ali was born to Congolese refugee parents who met in Johannesburg. His father now has permanent residence but his mother still uses a refugee permit and awaits her own permanent residence identity document. Ali and three of his four siblings are linked to their mother's refugee status.

Registered as an international student at the University of Johannesburg, where he is pursuing a diploma in sports management, Ali cannot apply for citizenship by naturalisation because his parents have permanent residence. But he cannot be deemed a dependent on his parents' permanent residence permit because he is over the age of 21. Ali risks statelessness in the country where he was born.

"To be honest, growing up I've always considered myself to be South African. I can't even speak French. I can only understand Swahili, but I can't speak it. I've never even been outside of Gauteng," Ali said, sitting on a bed in the small room he shares with his parents and siblings.

Both Ali's parents are unemployed, and as the oldest child he says he has felt a lot of pressure to make a success of his life and start providing for his family. But his legal status in South Africa has been the biggest hurdle to that.

Ali had to drop out of university in 2019 because his student debt had become too much and he was not able to secure any funding through the National Student Financial Aid Scheme (NSFAS). He managed to enrol again in 2020 and is hoping to finish his diploma soon so he can start working.

"Most of my friends, once they were finished with their degrees, they would either further their studies or find a job. And I was also planning on doing the same, just find a job anywhere as long as I'm getting something. Just to help my family.

"Because I know for a fact, if I continue studying next year the situation here at home will remain the same. I have to find a job anywhere, if it's related to sports management or not. My goal is to become a businessman and I have to start somewhere and bring money in," he said.

As part of Youth Month and World Refugee Day, celebrated on June 20, Lawyers for Human Rights (LHR), the Jesuit Refugee Services and Pro-bono.org have embarked on a campaign to raise awareness about the lives of youths born to refugees who are stateless or at risk of becoming stateless.

In a joint statement, the organisations said there were serious gaps in South Africa's implementation of citizenship laws that had been worsened by the Department of Home Affairs closing services such as the citizenship section and the permanent residence visa section. Departmental spokesperson Siya Qoza failed to respond to questions.

As with many other young people born in South Africa to refugee parents or who came to South Africa as young refugees, Ali experienced administrative and bureaucratic problems once delinked from his parents' refugee and asylum files when he turned 18.

The three campaigning organisations said the practice of delinking is contrary to the spirit of family unity laid down in international refugee law. "It strips the youth of protection because they cannot have standalone claims to apply for their own asylum and refugee permits leaving them vulnerable," their statement said.

Ali's sister Esther, 18, is also joined to her mother's refugee permit but unlike her brother she still has the possibility of being joined to her father's permanent residence permit. This would need to be done by the time she turns 21, but with the citizenship section of Home Affairs closed for close to two years now it is unlikely.

"It makes me sad, sometimes it makes me anxious," she said about her precarious documentation status. "I hope to finish studying... I hope to get a job by doing interior design, by doing what I love doing which is drawing, and I want to travel the world. For me to do that my documents need to be sorted."

Unlike Esther, Nephtalie, 21, who was born in South Africa and registered under her mother's refugee file, saw herself delinked from her mother's file when she turned 18.

She was obliged to submit an asylum application despite being born in South Africa. Her asylum-seeker application is currently under review at the Department of Home Affairs' Standing Committee for Refugee Affairs (SCRA) but, in the meantime, she has to renew her permit every three months.

Out of school, Nephtalie luckily found a job where they were accommodating of her legal status and understood that she had to renew her papers.

"So I have to take time off work to go to Home Affairs and renew my document, come back. Sometimes they'll tell you, 'Come back tomorrow, we can't help you today,' and you have to go back and pay taxi fare, go back. It's very expensive. It's like R90 one day. [Home Affairs doesn't] care about those things," she said.

However, due to the economic impact of Covid-19, Nephtalie and her entire department were retrenched in December. She has been focusing on pursuing her tertiary education in public relations through the University of South Africa, while slowly learning how to be a manicurist in the hope of creating a small business out of it.

Nephtalie is at risk of becoming stateless. In November 2019, LHR submitted an application for citizenship by naturalisation for Nephtalie. The outcome is still outstanding and she faces many problems as a result, from filling out forms to opening a bank account.

"For me it is a bit challenging especially if you are filling in forms because you don't know what to put down. Because if you are Congolese, usually with those forms they will ask you to put down your passport number, but I don't have a passport.

"It was challenging, especially when I was working. My documents expire after three months, and I have to go back to Home Affairs and renew it. So during that time, what the bank does is they temporarily freeze my account, so whatever funds I have in there I can't access.

"Every three months I had to renew. I have to come back to work and give them like an HR document to say that I've renewed so even if I had been paid that week, I'll have to wait until my bank account is active again," she said.

"Yes, I am South African, but why don't I have an ID? I've constantly had to explain that to people," she said.

Hans, 23, was born to Congolese parents. After his mother died and his father came to South Africa to seek refuge, he was raised by his grandparents in Likasi in the southeast of the Democratic Republic of Congo. He was sent later to join his father, but they became estranged and Hans ended up living in a shelter for children.

Hans applied for permanent residence through exemption in December 2018, but there has been no outcome. The section that deals with such applications at Home Affairs has been closed since the lockdown last year, with no indication of when it will reopen.

Hans has struggled to find employment, and even when he found work there were always issues with his lack of documentation or lack of a bank account. He relies on piece jobs and repairing electrical goods for friends and people in the community.

"Some of the jobs that I did, mostly they would ask for proof of banking, they didn't want to deal in cash. So it was always an issue. My previous job, I had to use a friend's account in order for me to receive my payment. It was sometimes a bit of an issue because a friend is not always happy with bank charges and so on. I can't even get a driver's licence," he said.

"In terms of schooling, I could have graduated from university by now. Right after matric I had applied at different universities. I wanted to do IT [Information Technology] because I wanted to be a developer. I was interested in software development. Whenever I applied, when it got to the part of documents, it was like what should I do?"

Hans rents a small room in the backyard of a house in the south of Johannesburg. His room is neat and on top of a cabinet are a fish tank and some of his books. "With the fish, you know sometimes when I'm worried, because I think a lot, I just stare at the fish. When I get closer to the tank, they have this thing where they come together and come close. That kind of made me feel like well, I belong somewhere at least," he said.

Hans spends a lot of time reading self-development books. When he feels too worried and as though the walls of his room are closing in, he goes to a nearby park where he spends hours reading.

"I read a lot. Sometimes I feel like when I'm around here, there's a lot of things that leads me to thinking a lot. So when I'm in the park with my book, the type of noise that I hear is just birds and nothing else that would bring me back to reality and say, 'Did you notice that you need to get something to eat?' It kind of takes me away from reality. A distraction, you know?" he said.

*All interviewees asked to be identified by their first names only.