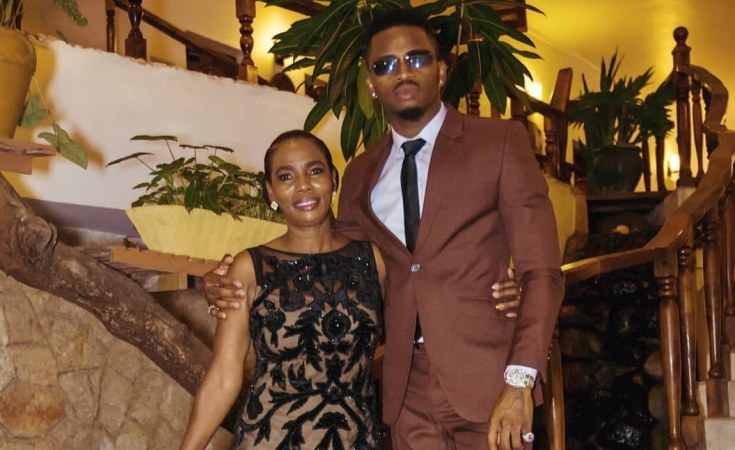 Tanzanian singer Naseeb Juma, aka Diamond Platnumz mother Bi Sandra Sanurah, who is commonly referred to as Mama Dangote has sent an emotional message to her son after failing to clinch the Black Entertainment Television (BET) 2021 Best International Act.

Bi Sandra told her son that he was a winner to her just for the fact that he was able to be nominated in such a prestigious music award event.

The singer made a huge fuss when he was nominated for the award launching a campaign to ask Tanzanians to vote for him.

However, his plea was not well received by a section of Tanzanians who claimed that the singer's alliance with certain politicians was questionable.

They pointed out that he publicly supported the late President John Magufuli whom they claimed was a dictator and he is also a close friend and business ally of Paul Makonda the former Governor of Dar-es-Salaam who has openly persecuted and cracked down on LGBTI people.