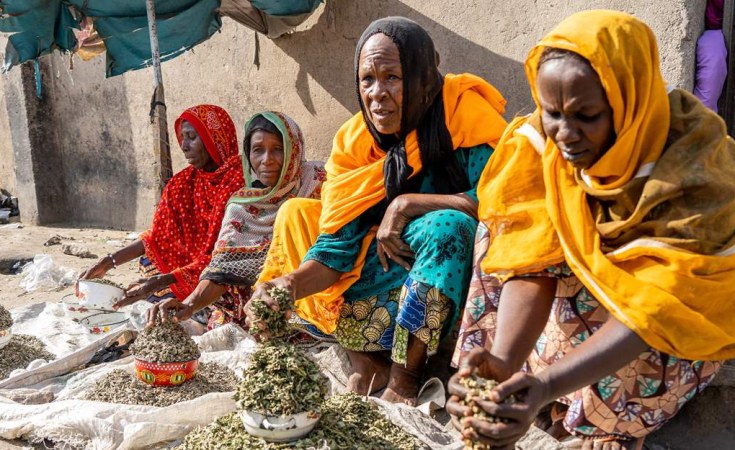 The United Nations has stated that despite efforts made to address violent extremism and root causes of conflicts in the Lake Chad region, the problem has continued to persist, blocking progress in the region

The Director of United Nations Educational, Scientific and Cultural Organisation (UNESCO) Regional Office for Central Africa, Salah Khaled, lamented that the consequences of the violent extremism largely perpetrated by the Boko Haram terrorists are alarming with over nearly two and a half million people displaced, ecosystems degraded and livelihood of communities threatened.

He said this on Thursday in Abuja at a high-level launch of the civil society organisation (CSO), Network for Inclusive Rehabilitation and Reintegration, Lake Chad Basin Chapter co-hosted by Neem Foundation and the Elman Peace Centre as a leading African peace building organisation with the support of the United Nations Development Programme (UNDP).

Khaled noted that the Lake Chad Basin is the front line in the fight against climate change, insecurity and poverty, insisting that collaboration between governments and CSOs is key in addressing the problems.

He said: "Through our joint efforts, we have the potential to be a laboratory of ideas and chain of hope to address these problems.

"The UN 2030 agenda is a call for collaborative efforts to eradicate poverty, combat climate change and promote peace."

On the reintegration of Boko Haram ex-combatants to the society,Khaled pointed out that it is crucial to move from the classic standard and basic training sessions to bring technical vocational training; to give people a new alternative to immunise them from the manipulations of the violent extremists.

The UNDP Resident Representative in Nigeria, Mohamed Yahya, on his part, said that though some parts of Lake Chad has been liberated from Boko Haram, the terrorist group remains active in the region and there is still much more to be done.

He noted that there is a direct relationship between marginalisation, poverty and why people join violent extremism, and these need to be addressed to find lasting solution to the crisis, stressing that a collaborative effort is needed to tackle these root causes.

He said: "Boko Haram do not control as much territories as they used to, things have improved, but we are not where we want to be.

"In my conversations with the military, they can only do so much in terms of fighting violent extremism, and the solution to violent extremism is some of the work that CSOs and governments have to do."

He however noted that it is possible to carry out reintegration and rehabilitation why conflicts are ongoing.

Yahya said any reintegration and rehabilitation should engage root causes, such as the lack of opportunity and livelihood.

He said: "We need to do reintegration differently. We have to think theoretically to finding solutions and it's in the hands of CSOs."

Maryam Uwais, the Special Adviser to President Muhammadu Buhari on Social Investments, also speaking at the event, said the presidency acknowledges the role of CSOs in building resilient and social responses to insecurity; to provide alternatives to perpetrators and potential perpetrators of violence in the Lake Chad Basin; and strengthen protection systems.

She however expressed the readiness of the presidency to work with CSOs in achieving these goals, noting that

The launch brought together over 30 participants selected on the basis of knowledge and experience in supporting reintegration through their work in governments, international organisations, civil society and private sector to also outline the ambitions and milestones achieved to date by the LCB Inclusive CSO Network.