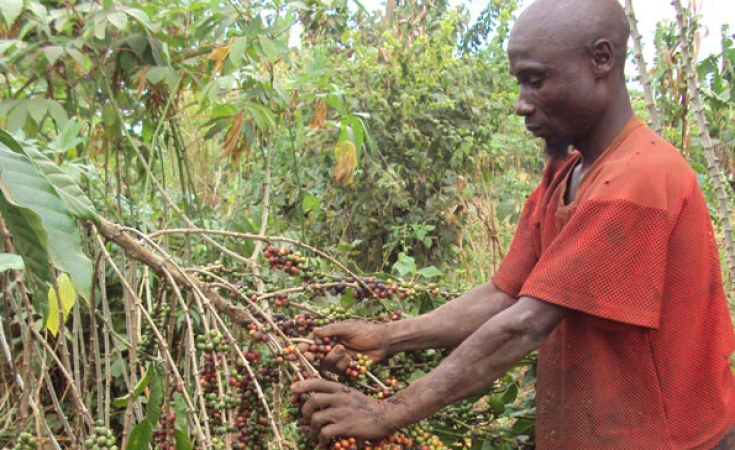 Last Sunday a gang of about 40 men drove into Kieru Coffee Factory, about three kilometres from Nkubu town and loaded 240 bags of grade one coffee onto their lorry.

During the three-hour ordeal, the three security guards were tied up in the store and covered with gunny bags after being warned against resisting.

One of the watchmen, Mr Andrew Muthuri, said the leader of the gang told them that they had been instructed by the farmers' society's chairman to collect the coffee, now valued at more than Sh3.1 million.

"They came around 2am and threatened to kill us. They tied us up, locked us in the store and carted away the coffee bags to a waiting lorry," Mr Muthuri said.

In a similar fashion, three other factories in Meru County have lost their coffee to organised gangs since January this year. The coffee has disappeared without trace.

Last week, factory managers had agreed with farmers to sort out the beans this week before taking it to a miller in Thika.

Police now suspect insiders could be colluding with criminals to have the coffee stolen. Most of the incidents are said to happen immediately after members meet and decide on when to deliver the coffee for milling. Mr Karuku agreed with this theory, saying, the manner in which the theft is executed is suspect, pointing to collusion.

"How do factories keep grade one coffee in their stores for long without any security measures? This is why we are suspicious that some members of the management might be colluding with thieves. Despite having agreed that local police be informed when there is coffee in the factory, none has cared to do so," Mr Karuku said.

To curb theft, Mr Karuku suggested vetting of all coffee societies staff and management committee members as well as enhancement of security in factories. The factory manager will also be required to inform police of coffee stocks held in the stores, install CCTV cameras and boost security at the facility.

"Every factory must have the required layers of security when they know they have coffee in the store. These are some of the things we will look into to ensure we tame the coffee theft," Mr Karuku said. County Police Commander Nyaga Muchunguh said the Critical Infrastructure Police Unit was available to enhance security in factories.

"We have to vet all coffee society workers because thieves must be accessing information from within. This must be an inside job," Mr Muchunguh said.

County Director of Cooperatives Mugambi Sandi warned factory managers against keeping coffee in their stores for long and told them to ensure they have insurance for produce during storage to avert losses.

"We now have two millers in the county and there is no need for factories to store coffee. You can deliver as little as 10 bags to New KPCU or Meru County Millers," Mr Sandi said.

On June 10, 200 bags of coffee estimated to be worth Sh8 million were stolen after thieves armed with crude weapons raided Baragu Coffee Factory in Tharaka Nithi County.

During the 2am raid, two watchmen were seriously injured and are recuperating at Chogoria PCEA Hospital. Kithare assistant chief Elizabeth Kaunda said the attackers tied the guards and warned them not to raise the alarm.

A local farmer, Mr Martin Miriti, urged the government to apprehend the criminals and help them recover their coffee.

"Apart from the fact that we rely entirely on coffee for a living including paying fees for our children, most of us had borrowed loans and will now have to sell other property to repay," said Mr Miriti.

He said cases of coffee theft in factories are rampant in the region and that the incidences are similar, suggesting that it could be one well-coordinated team.

Mr Albert Mugambi, another farmer, called on the society's management to insure the factory so that, whenever the coffee is stolen, farmers can be compensated instead of shouldering the whole loss.

Newly Licensed Coffee Firms Locked Out of NCE on Glitch