Kenya: President Kenyatta Should Have Handed Power to DP, Court of Appeal Told 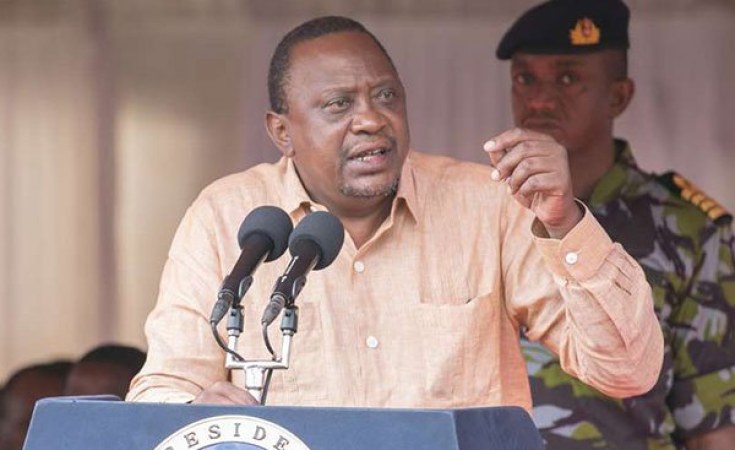 For President Kenyatta to initiate an amendment of the constitution through a popular initiative, he should have surrendered his authority to his deputy William Ruto, the Court of Appeal heard yesterday.

A team of more than 10 lawyers assembled by private citizens and civil society groups to defend a High Court ruling that blocked the Building Bridges Initiative (BBI) campaign to change the constitution, told judges President Kenyatta had an option of vacating power temporarily.

This would have allowed him to pursue the constitutional amendments as a private citizen, which, in their view, would not have conflicted with the law.

The court heard that, since the President is a state officer and cannot use the popular initiative route to promote constitutional amendments, he should have taken the unexpected move, like he did in October 2014 when he signed a decree transferring presidential powers to his deputy, so that he could appear at the International Criminal Court (ICC) as a private citizen.

"The President should have downed the tools of power because the popular initiative is not available for him. [It] is reserved for private citizens and civil societies. There were other avenues to initiate whatever amendments he desired but he used the wrong avenue," argued Prof Kithure Kindiki.

Prof Kindiki, who was among President Kenyatta's defence lawyers during his ICC trial that was later terminated, urged the seven judges to uphold the declaration that the President's decision to establish the BBI task force to spearhead statutory and constitutional changes is null and void.

Prof Kindiki also argued that President Kenyatta cannot dissociate himself from the Constitutional Amendment Bill because its origin is the BBI task force whose members he appointed.

The task force later became a steering committee and they were answering to the President, he added.

Prof Kindiki led the respondents' lawyers in arguing that the President also had the option of using the office of the Attorney General and Majority Leader in the National Assembly and Senate to push for the amendments through parliament.

"There is no evidence the President had attempted to use the two avenues and failed. In the Constitution of Kenya (Amendment) Bill 2020, his fingers and footprints are splattered everywhere," said Prof Kindiki, once President Kenyatta's vocal supporter, but now turned critic.

"The attempts to rope in Junet Mohammed (Suna East MP) and Dennis Waweru (former Dagoretti South MP) was to sanitise the unconstitutional process venture and it should flop," said the lawyer, who is also the Tharaka Nithi Senator.

He urged the seven-judge bench to uphold the High Court's verdict that the President does not have legal standing to initiate changes to the constitution through a popular initiative.

Rubbishing claims by the BBI secretariat and Orange Democratic Movement (ODM) party leader Raila Odinga that the President was not the promoter of the Bill, Prof Kindiki cited as evidence gazette notices that appointed the 14 members of the task force and the steering committee.

He said both the task force and the steering committee were answering to the President.

The lawyers also questioned how the promoters of the BBI identified the 74 proposed amendments of the Constitution.

Ms Caroline Cherono told court that there was no evidence that the promoters of the Bill approached Kenyans and collected their views on the changes in accordance with public participation laws under Articles 10 and 33 of the constitution.

Mr Morara Omoke said the proposed referendum was illegal because a section of the country's population which has attained the majority age are yet to be registered as voters and would have been excluded from voting.

Mr Omoke argued that the Independent Electoral and Boundaries Commission (IEBC) has not carried out voter registration since December 2019.

Kenyatta Not Giving Up on Pushing Constitutional Changes Before Polls

President Kenyatta Can't Be Prosecuted While in Office - Lawyer