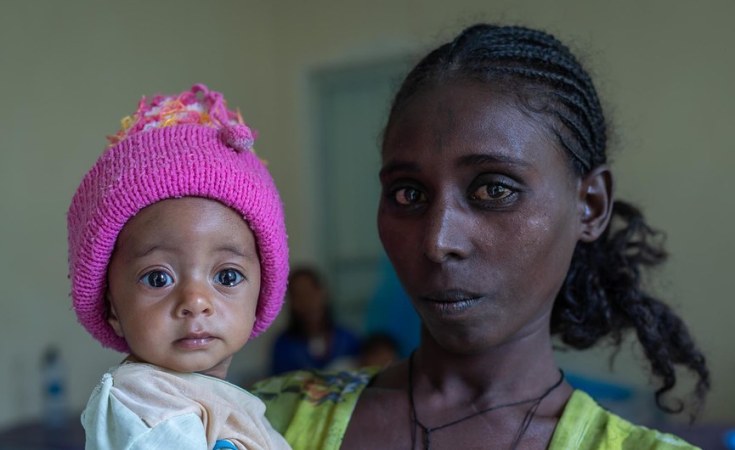 Secretary-General Should Press for a Sustained Crisis Response

The   United Nations Security Council   should urgently act to address the dire human rights and humanitarian crisis in Ethiopia’s northern Tigray region, Human Rights Watch said today. Secretary-General António Guterres should press the Security Council to meet regularly and publicly on the situation, which has triggered a man-made humanitarian crisis and been characterized by widespread atrocities, including massacres and horrific sexual violence.

At the request of Ireland, the United States, and the United Kingdom, and with the support of France, Estonia, and Norway, the Security Council is expected to hold its first open meeting on Tigray on July 2, 2021. However, the meeting will be held under the agenda item, “peace and security in Africa,” which does not ensure any sustained attention to Tigray afterward.

“For eight months, the Security Council has failed to even meet publicly on Tigray, let alone act to prevent further atrocities,” said   Akshaya Kumar, crisis advocacy director at Human Rights Watch. “Convening an open briefing is a start but given the council’s abdication of its responsibilities, diplomats need to move from making statements to taking action.”

Since the start of the conflict in November 2020, the Security Council has issued a   single media statement   on Tigray’s human rights and humanitarian crisis. The council has kept its deliberations and diplomacy behind closed doors despite abuses that the Office of the UN High Commissioner for Human Rights has   said   may amount to war crimes and crimes against humanity.

Previous attempts to schedule a public session on Tigray were reported to have been   blocked   by Russia and China. India, Kenya, Niger, Tunisia, and Saint Vincent and the Grenadines have also been reluctant to support public engagement on the issue. The July 2 open session could be a turning point in international engagement for preventing further atrocities in Tigray, Human Rights Watch said.

The request for the session came after nearly two weeks of heavy fighting in Tigray, during which three aid workers were   killed,   airstrikes hit a marketplace, and the Tigrayan armed group, known as the Tigrayan Defense Forces, took over key towns and areas, including Tigray’s regional capital,   Mekelle.

On June 28, the Ethiopian government announced a unilateral ceasefire, citing humanitarian reasons. But the government again cut off   communications   and basic services and is limiting   access   within and to the region. On July 1, the UN Office for the Coordination of Humanitarian Affairs (OCHA) reported that a key access   bridge   on the Tekeze River was   destroyed   and that a convoy of 29   trucks   carrying food aid was denied access to Tigray and forced to turn back.

The humanitarian needs in Tigray have reached a dire point. The Security Council should immediately add Ethiopia to its formal agenda and request regular briefings from the secretary-general on the situation. If the council is unable to reach agreement on the need to address the issue, the secretary-general should step in to urge sustained attention to the crisis.

Given the scale of the crisis, scrutiny at the UN needs to go hand-in-hand with swift, concrete actions by UN member countries aimed at promoting accountability for grave violations and preventing further atrocities, including individual sanctions on those responsible for violating international human rights and humanitarian law, prosecutions of those responsible for serious international crimes, and an arms embargo, Human Rights Watch said.

“It’s a travesty that the Security Council still doesn’t consider Ethiopia among the dozens of issues and countries that are formally on its agenda,” Kumar said. “If council members won’t take that step, then the secretary-general would be justified to bang down the door. Not only is the UN’s credibility on the line, but millions of lives are at stake as well.”

The crisis in Tigray warrants sustained public scrutiny by the UN Security Council, the main UN body tasked with monitoring and acting on threats to international peace and security. If the council fails to add the Tigray crisis to its agenda, there are five pathways for Secretary-General Guterres to use his authority to ring the alarm bell and push for sustained Security Council attention:

Attacks on and Obstruction of Medical Assistance

UN Security Council resolution   2286   condemns attacks on medical facilities and health workers in conflicts and calls on all parties to armed conflicts to respect international law, to prevent attacks, and to hold those responsible to account. It also asks the secretary-general to “bring to the attention of the Security Council situations in which the delivery of medical assistance to populations in need is being obstructed by parties to the armed conflict.” Attacks on healthcare workers and facilities have been a constant theme of the ongoing conflict in Tigray.

Human Rights Watch documented the looting and   pillage   of health facilities in the town of Axum in November 2020. In March, Médecins Sans Frontières (MSF)   described   these attacks as “deliberate and widespread attack on health care” after finding that 70 percent of the health facilities it surveyed in the region had either been intentionally destroyed or opportunistically looted. More recently, OCHA   reported   that Eritrean government forces stopped and assaulted a vaccination team in Asgede Woreda, North-Western Zone on June 17.

On June 22, Ethiopian government forces blocked   ambulances   from responding to an airstrike at a market in Togoga, and on June 25, MSF   confirmed   the murder of three of its staff near Abi Addi. Guterres issued a   statement   that he was “deeply shocked by the murder of MSF staff,” which he described as “an unacceptable and appalling” violation of international humanitarian law.

The Security Council has asked the secretary-general to alert it “swiftly” when the “risk of conflict-induced famine and widespread food insecurity in armed conflict contexts occurs.” UN Security Council resolution   2417   “expresses” its “intention to give its full attention to such information provided by the secretary-general when those situations are brought to its attention.” On May 25, OCHA provided council members with a “white paper” referring to Security Council resolution 2417 and outlining food security risks in Tigray.

In early June, the UN and other aid agencies   found   that over 350,000 people in Tigray were starving. UNICEF said that at least 33,000 children in inaccessible parts of Tigray were severely   malnourished   and face imminent death without immediate help. UNICEF also projects that almost six times as many children will need support to treat acute malnutrition as compared to their average annual caseload for the region.

On June 15, the Security  Council held an “informal interactive dialogue” on the situation, but did not meet publicly. In the past, the Security Council has received white papers that referred to resolution 2417 regarding South Sudan in July 2018, Yemen in October 2018, the Democratic Republic of Congo, northeast Nigeria, South Sudan, and Yemen in September 2020. All of those previous white papers resulted in open and public Security Council discussions of conflict-induced food insecurity.

Reports of widespread rape and other sexual violence of women and girls have characterized the conflict in Tigray. However, the Security Council has not adequately engaged its various mechanisms, including its Informal Working Group on Women Peace and Security, to address the situation. UN Security Council resolution   1888   calls upon the secretary-general “take the appropriate measures to deploy rapidly a team of experts to situations of particular concern with respect to sexual violence in armed conflict.” He should do so in Tigray.

In resolution   2467, the Security Council further asked the secretary-general to ensure “arrangements” to monitor and report on sexual violence in conflicts, specifically to address sexual violence used as a “tactic of war.” In its resolution   1960, the Security Council "encouraged” the secretary-general “to enhance data collection and analysis of incidents, trends, and patterns of rape and other forms of sexual violence to assist the Council’s consideration of appropriate actions.”

In April 2021, the secretary-general's special representative on sexual violence in conflict, Pramila Patten, sounded the alarm,   telling   the Security Council that in Tigray “women and girls are being subjected to sexual violence with a level of cruelty beyond comprehension.” She said that healthcare workers were documenting new cases of rape and gang rape daily. OCHA reported at least 504 cases of gender-based violence, including rape, in May 2021, including 69 cases against girls under 18, and 129 cases during the first week of June 2021 alone. Survivors and service providers have also reported their fear of reprisals and attacks on the limited shelters and clinics still in operation.

Article 99   of the UN Charter empowers the secretary-general with an explicit political responsibility to formally “bring to the attention of the Security Council any matter which in his opinion may threaten the maintenance of international peace and security.” The fighting in Tigray has also involved Eritrean forces that have been accused of serious atrocities.

Preliminary findings by the Office of the UN High Commissioner for Human Rights   found   grave violations committed by Eritrean forces in Axum and Dengelet. In March, Ethiopian Prime Minister Abiy Ahmed   acknowledged   that Eritrean troops had crossed into border areas. He said that Eritrea had agreed to   withdraw   its troops, but Eritrean troops have   remained   in Ethiopia.

The conflict in Tigray has forced at least 70,000 people to flee into Sudan, led to the destruction of two refugee camps that hosted around 20,000 Eritrean refugees, and also exacerbated   cross-border   clashes with the Sudanese Armed Forces in eastern Sudan.

At the outbreak of conflict in November, phone and internet communications were swiftly cut to the Tigray region. After months, services and network coverage resumed, but communication blockades have continued to be imposed on the Tigray region, particularly in phases when fighting has escalated. Currently,   neither phone nor internet services are   functional in the entire region.

Previous Story
Remarks by Ambassador Linda Thomas-Greenfield at a UN Security Council Briefing on Ethiopia and the Situation in Tigray
Next Story
'Opportunity Must Not Be Lost' - Five Former U.S. Ambassadors to Ethiopia on Events in Tigray

'Opportunity Must Not Be Lost' - Five Former U.S. Ambassadors to Ethiopia on Events in Tigray