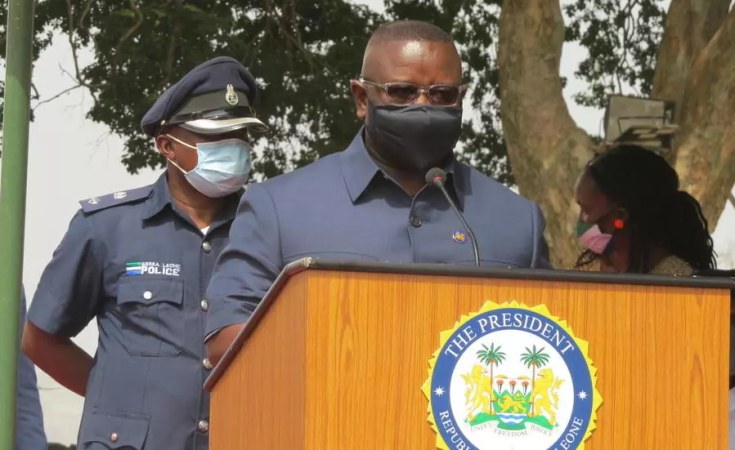 President Bio, in a televised address on State broadcaster SLBC on Monday, said the month-long curfew would run from 11pm to 5am.

He also banned congregational worship for a month, starting Friday, and said restaurants and bars will close at 9pm daily.

The President also announced that funerals, weddings and all other social events will have a maximum of 50 participants.

The country is grappling with a third wave, which the government says has seen both infections and fatalities rise exponentially.

Data from the National Covid-19 Emergency Response Center (NaCOVERC) show that Sierra Leone has recorded its highest numbers in June.

He also noted the existence of the deadlier 'Delta' variant of the coronavirus, which NaCOVERC says is fueling the third wave.

"More people have tested positive for Covid-19 in the last few weeks. More people have been hospitalised and 72 percent of beds in treatment and care centers are occupied. More people are dying and the western area is the epicenter of the latest infections," the President said in his address.

"We have assessed the data and carefully examined patterns of infection. We have closely looked at the trends. We believe we must take urgent steps to stem this third wave of the pandemic in Sierra Leone and thus save lives and protect livelihood."

The measures will be reviewed regularly as advised by medical experts, Mr Bio said and asked the public to adhere to the basic rules of social distancing, wearing masks and washing hands regularly.

President Bio also reiterated calls for the public to trust the safety of the Covid-19 vaccine and get the jab.

Since the second wave, the country was praised for keeping cases and fatalities low, compared to its neighbours, until the third wave was confirmed.

Two weeks ago, the World Health Organization ranked Sierra Leone, its neighbour Liberia and the southern African nation of Namibia as countries with some of the highest case numbers.

Sierra Leone was one of the first countries to impose restrictions, making the move even before recording its first case of the deadly disease.

It imposed a one-year state of emergency, a nationwide curfew and occasional lockdowns, restrictions which were lifted exactly a year ago.

President Bio Engages Executives of the Commercial Bike Riders Association, Urges Them to Be Ambassadors of Coronavirus Sensitisation