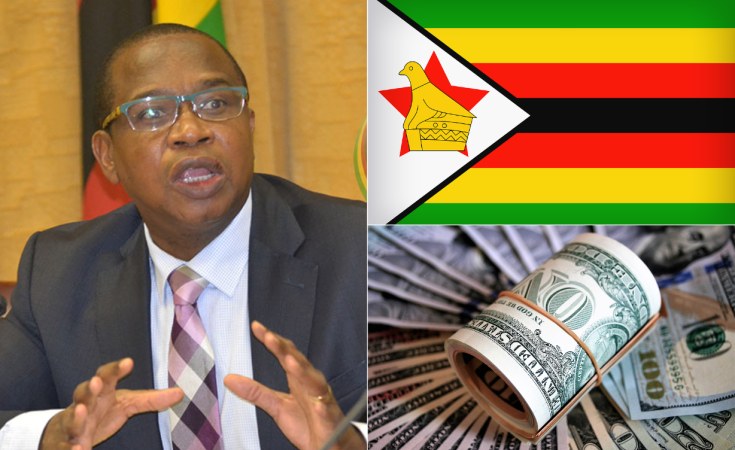 The Zimbabwe National Chamber of Commerce (ZNCC) says the foreign currency auction rate is "superficial" and divorced from market fundamentals.

It has been credited for keeping companies afloat in the final quarters of last year.

But with shortages continuing to dog the official market, companies have been forced to look back to the parallel market where rate hit US$1:$140 in the past week as demand surged.

The official rate has been pegged around US$1:$85.

"The beginning of this chamber year coincided with yet another market development, the re-introduction of the foreign currency auction by the central bank in June 2020," ZNCC president Tinashe Manzungu said in the business membership organisation's 2020-2021 annual report.

"While it was received with scepticism, given its yester-year dismal failure, there was slight warming up to the intervention midway.

"However, to date, as business we realise that the auction rate is rather superficial and divorced from economic fundamentals.

"The ever-growing parallel market premium bears testimony to this assertion.

"A more sustainable policy direction is the adoption of a market-determined exchange rate."

Manzungu said ZNCC was currently engaging with policymakers to proffer advice in a bid to create a conducive business environment.

"Notably, the chamber made submissions to the Ministry of Finance for the 2021 national budget and also presented to the portfolio committees on budget, finance and economic development and industry and commerce in June 2021, where we reiterated the need a for market-determined foreign exchange rate," Manzungu said.

"In effect, the parallel market premium has been steadily rising back to the same peak levels of June 2020.

"This scenario is evidence of the superficial nature of the auction rate, and business has been calling for the adoption of a market-determined exchange rate.

"The exchange rate debate rages on, with the monetary authorities digging in."

As the currency crisis raged, government released SI 127 of 2021 in June, which triggered price hikes and further eroded the value of the Zimbabwe dollar.

Prices have risen by over 40% since then in United States dollar terms as companies tried to hedge against potential losses.

The ZNCC joined a call by the Confederation of Zimbabwe Industries to repeal SI 127 of 2021.

"The Chamber of Commerce continues advocating for a free market economy, where the government's hand is limited and where markets are not perceived as failing, every time pressures simmering from prices or exchange rate are experienced.

"The recent SI 127 of 2021 remains an eyesore to our vision for a liberalised economy," ZNCC chief executive officer Chris Mugaga said.

"We shall continue engaging the government for its total repeal, knowing fully well the unintended consequences this piece of legislation will pose as it attempts to amend the parent or enabling Act, that is, the Exchange Control Act.

"The solution lies in promoting a forex auction system that promotes competitive bidding, an auction that is not a forex rationing mechanism, but rather a price discovery platform, an auction that is progressive and aims to ultimately scrap the priority list, not to consolidate it."