Mali: Macron 'Came to His Senses' in Resuming Joint Military Operations in Mali 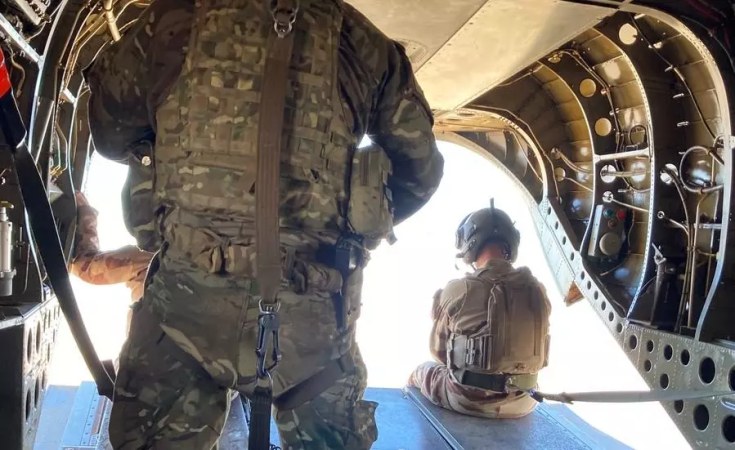 France is to resume joint operations with the Malian Armed Forces, after suspending them early last month following Mali's second coup in less than a year. Lemine Ould Salem, a journalist specialising in the Sahel, says the French president's decision is realistic.

Following consultations with the Malian transitional authorities and the countries of the region, France has "decided to resume joint military operations as well as national advisory missions, which had been suspended since 3 June, the French armed forces minister said in a statement late Friday.

France has 5,100 troops in the Sahel under its Barkhane operation which spans five countries: Burkina Faso, Chad, Mali, Mauritania and Niger.

On 10 June, President Emmanuel Macron announced a major drawdown of France's military presence in the Sahel where forces have been battling jihadist insurgents for nearly a decade.

Barkhane is to be replaced by a new mission which will focus on fighting terrorism and supporting local forces.

But the decisions to suspend cooperation with the Malian army and transform Barkhane "were very badly received in the Sahel, but also in Paris", Salem told RFI. What's more the decision to stop working alongside Malian forces was taken "without consultation with the military, who were never - it seems - in favour".

By resuming cooperation with the Malian army President Emmanuel Macron "has finally come to his senses, by being realistic" Salem said.

The French troop withdrawal was unpopular in several other African countries, including the Economic Community of West African States (Ecowas) which had taken note expressed its regret, said Salem.

"In other words, to stop cooperating with the Malian army on the ground could have pushed part of this army - tempted to open up negotiations with jihadist groups - to make more concessions and be much more conciliatory with these jihadist groups.

"This was a disaster that many people feared."

From Barkhane to Takuba

France's presence in Mali is to become part of a European task force known as Takuba in which "hundreds" of French soldiers would form the backbone.

Currently the Takuba force is made up of about 600 troops, half of whom are French.

The Czech Republic, Estonia, Italy, Romania and Sweden have also pledged to participate.

What pushed General Lecointre to step down as head of French armed forces?

For Salem, transforming Barkhane "was foreseeable as it hadn't achieved the result everyone had hoped for" but there was no question of the French army pulling out altogether.

But in its statement, the armed forces ministry said "France remains fully engaged, with its European and American allies, alongside the Sahel countries and international missions" to fight the jihadist groups which are rife in the Sahel".

"The time had come to reflect and to change the system," Lemine Ould Salem said. "The Malians, the Sahelians and the French all agreed on this."

The change in arrangements, he concludes, "may have pushed Macron to listen to the military, who did not agree at all with the suspension of military cooperation with the Malian army".

From the Field - Desert Artisans in Mali Foster Dialogue and Tolerance