South Africa: The Rise and Fall of Jacob Zuma - From Veteran to Dark Post-Presidency Status 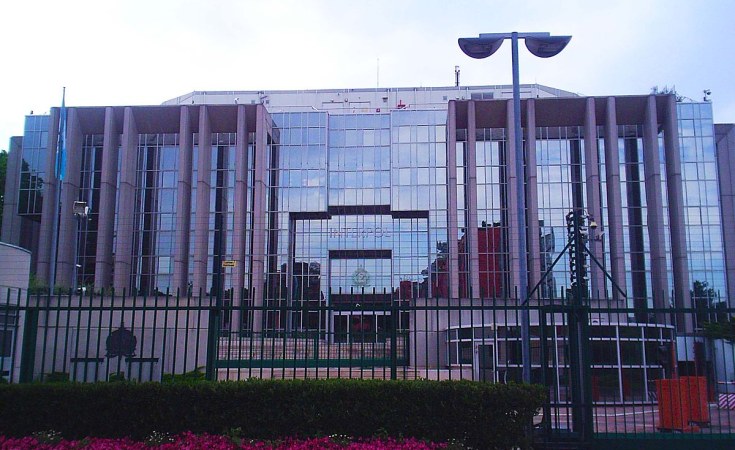 After the prison sentence was delivered on Tuesday, former South African president Jacob Zuma was given five days to surrender himself to the police and be handed over to a correctional facility. But his supporters, including the Umkhonto Wesizwe Military Veterans Association, are camping at his Nkandla residence vowing to defend him.

Zuma, 79, continues to hog the limelight in South Africa, more in shame and scandal, far off the bravery of his hey days as an intelligence supremo who headed the Africa National Congress' spy unit during the fight against apartheid.

He spent 10 years in jail at Robben Island together with Nelson Mandela after being arrested for his political activities against apartheid. For this, Zuma is regarded as potentially powerful to cause unrest in the wake of his jail sentence.

But how did he find himself in this current situation?

Four years after he was removed as the Deputy President of South Africa amid a corruption scandal, Jacob Zuma bounced back to become the country's head of state. His were the proverbial nine lives of a cat, and few believed he would ever see jail.

In 2005, the year then-president Thabo Mbeki dropped him as his deputy, Zuma was also charged with rape of an HIV-positive family friend. He was acquitted the following year, but not before his now infamous "cold shower" admission to prevent himself from contracting HIV. He was then head of the National Aids Council.

Despite this, Zuma went on to dramatically beat Mbeki in 2007 to become leader of the African National Congress, an achievement that fasttracked him to become South Africa's president two years later.

The seemingly reputational damage he suffered from the corruption controversy involving a European arms dealer and Schabir Shaik, as well as the HIV sex scandal would have been enough to end anyone's political career. But not Zuma. Beating Mbeki was a bitter contest which underlined his massive support within the ANC, all controversies notwithstanding.

The corruption case continued to haunt him, but Zuma went on to be South Africa's fourth president in May 2009. But nine months later, he sparked another sex scandal. An extramarital affair with the daughter of his friend Irvin Khoza, the chairman of the popular Orlando Pirates Football Club, produced a love child, and again, Zuma apologised.

Senior ANC officials were angry considering his pledge, on his election as party leader in 2007, not to drag the party into disrepute with sexual scandals. But he escaped being recalled by the ANC, and there was public outrage at ANC for turning a blind eye to Zuma's transgressions.

"It has put a lot of pressure on my family and my organisation, the African National Congress. I deeply regret the pain that I have caused to my family, the ANC, the [tripartite] Alliance and South Africans in general," Zuma said in yet another apology. "I reaffirm my commitment and that of my movement to the importance of the family as an institution."

At that time, he already had four wives as polygamy is permitted in his Zulu culture. In 2012 he married a fifth wife. This time around it appeared his political fortunes had waned, but he was surprisingly re-elected uncontested as ANC leader in 2012. This set him up for another term as South African president which began two years later despite him having earlier on indicated that he would not seek another tenure. But his downfall started as soon as his second administration began in 2014.

He was to fight political pressure, for two years, from opposition parties to reimburse the state money he used to have an extravagant upgrade at his Nkandla private homestead. The refurbishments were deemed improper before the Constitutional Court ordered him to pay back the money.

But the final blow to Zuma's presidency was his alleged association with the Gupta family which ramped up pressure for his resignation as the head of state. Indian-born brothers Ajay, Atul and Rajesh Gupta were alleged to be the power behind the South African government and looting of state-owned enterprises with the aid of Zuma.'

The Guptas are alleged to have wielded unlimited influence on Cabinet selection as well as appointments to boards of state-owned enterprises. An estimated $84 billion in public funds is believed to have been extracted from South Africa by key patronage networks between 2011 and 2017 in what is commonly referred as the State Capture Scandal.

After surviving eight motions of no confidence in parliament, Zuma's woes compounded when current President Cyril Ramaphosa was elected leader of the ANC in December 2017.

When the ninth motion of no confidence set for February 15, 2018 looked likely to throw him out as president, Zuma resigned as South Africa's Head of State on Valentine's Day in a development which ushered Ramaphosa's rule. But before he resigned, Zuma's alleged closeness to the Guptas created grounds for the establishment of the Judicial Commission of Inquiry into Allegations of State Capture.

The Commission is headed by Deputy Chief Justice Raymond Zondo and is investigating allegations of state capture, corruption and fraud in the public sector. But Zuma has refused to appear before the inquiry body. That has sparked an array of problems in his post-presidency period, culminating in this week's 15-month jail sentence for defying the Constitutional Court order to appear before the Zondo Commission.

On Wednesday, the Jacob Zuma Foundation denounced Zuma's jailing "as judicially emotional and angry and not consistent with our Constitution."

Previous Story
Jacob Zuma - When Did Erstwhile Revolutionary Lose His Way?
Next Story

Jacob Zuma - When Did Erstwhile Revolutionary Lose His Way?