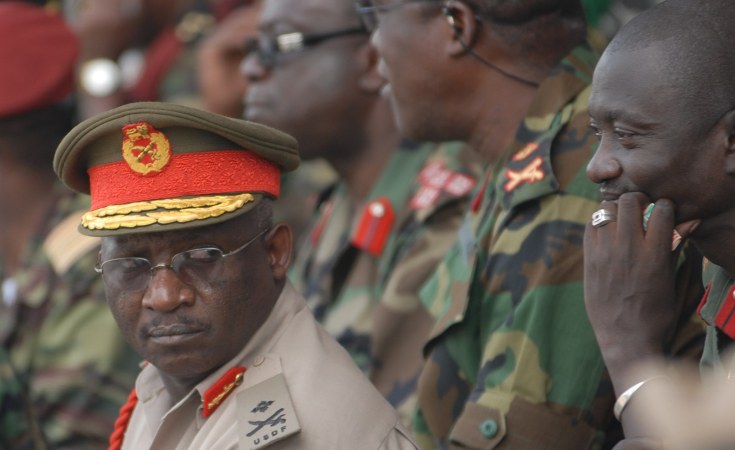 The Army in Swaziland (eSwatini) has taken full charge after mass prodemocracy protests left many people dead, according to a Human Rights Watch official.

Dewa Mavhinga, director for Southern Africa, added reports received by the organisation were that the Army were on a 'killing spree'.

He said police in Swaziland had reported that the Army had refused to have joint operations so military deployment was not under civilian authority or oversight.

Mavhinga reported, 'From a police source, the army is now fully in charge for real .. not even the police knows what the army is doing now.

'They only call the police to collect bodies of people shot and killed.'

The Times of Swaziland reported on Sunday (4 July 2021) 'Army declares We have taken over' and added those who failed to obey instructions 'will face full wraith of troops'.

The Times reported the first sight of the army being deployed on the streets was on the previous Tuesday after protesters turned violent. As well as killings there are reports of widespread lootings.

A group from the Southern African Development Community (SADC) was in Swaziland on a fact-finding visit, but has yet to make a public statement.

Protests have been taking place across Swaziland for several weeks. People marched on local government offices delivering petitions asking for democratic reforms. King Mswati III rules Swaziland as an absolute monarch. He choses the Prime Minister and cabinet ministers. Political parties are banned from contesting election and groups advocating for democracy are outlawed under the Suppression of Terrorism Act.