Africa: Generating Generation Equality and the Africa We Want for Namibia 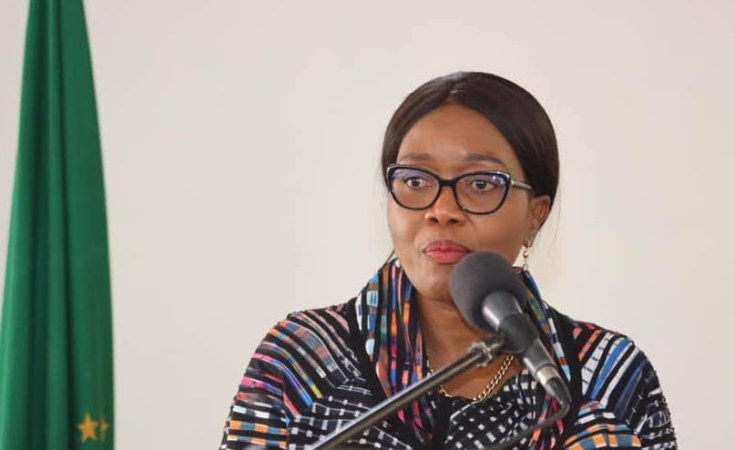 Namibian Presidency
For everyone to benefit, gender equality must be extended to all sectors of society, says Namibia’s Prime Minister, Saara Kuugongelwa-Amadhila.
UNFPA East and Southern Africa (Johannesburg)

Windhoek — "Gender equity has to be promoted beyond the public sector to cover all segments of society, beyond representation in leadership positions, to permeate all aspects of human endeavour, if we are to realize its benefits," said Namibia's Prime Minister, Saara Kuugongelwa-Amadhila.

Though strides have been made in Namibia and globally, much work still needs to be done to achieve full gender equality. Tangible ways to achieve this and to empower women and young people in Namibia were the focus of discussions at a high-level event on Generation Equality, ahead of the Generation Equality Forum in Paris, France last week. Gender equality and women and youth empowerment are critical to achieving the 2030 Development Agenda.

To achieve 'Generation Equality', more work needs to be done, said Sen Pang, Resident Coordinator for UN in Namibia. "Over the past 25 years, tremendous progress has been made on gender equality. However, that progress is uneven. In many parts of the world, women and girls are still subjected to gender inequalities and harmful practices, with limited access to health, education and political participation. Gender-based violence (GBV) against women and girls is still a widespread and persistent global issue."

This includes Namibia. From April 2020 to March 2021, more than 5,000 cases of GBV against women were reported, of which 21 per cent were rape and sexual assault of young women, the Namibian Police Force reported.

UNFPA, the United Nations sexual and reproductive health agency, and partners are working to prevent GBV and improve the response to sexual and gender-based violence, as well as improve menstrual health for women, girls and people who menstruate. UNFPA supported implementation of the National Gender Strategy and the First Lady's #BreakFree movement, as well as prioritized gender-responsive interventions during COVID-19. The government recently repealed tax on menstrual hygiene products, while UNFPA has distributed more than 17,000 dignity kits to vulnerable women and girls across the country.

UNFPA's flagship report, State of World Population 2021: My Body is My Own - Claiming the Right to Autonomy and Self Determination, was launched at the event by Dr. Julitta Onabanjo, UNFPA Regional Director for East and Southern Africa, and UNFPA Namibia's Country Representative, Sheila Roseau.

"Bodily autonomy means having the power and agency to make choices over one's body and future without violence, without coercion or discrimination. Fundamentally, it is about the power to decide. It's about the power of choice," said Dr. Onabanjo.

The event, which attracted close to 100 participants, was co-hosted by the Government of the Republic of Namibia, the Embassies of France and Mexico, UNFPA, UN Women, and civil society organizations.

Previous Story
Landmark Gender Equality Forum Ends With Concrete Commitments, Plan to Advance Parity By 2026
Next Story
A Call to Action – Statement from the International Rescue Committee on the Generation Equality Forum Paris

Next Story
Tagged:
Copyright © 2021 UNFPA East and Southern Africa. All rights reserved. Distributed by AllAfrica Global Media (allAfrica.com). To contact the copyright holder directly for corrections — or for permission to republish or make other authorized use of this material, click here.