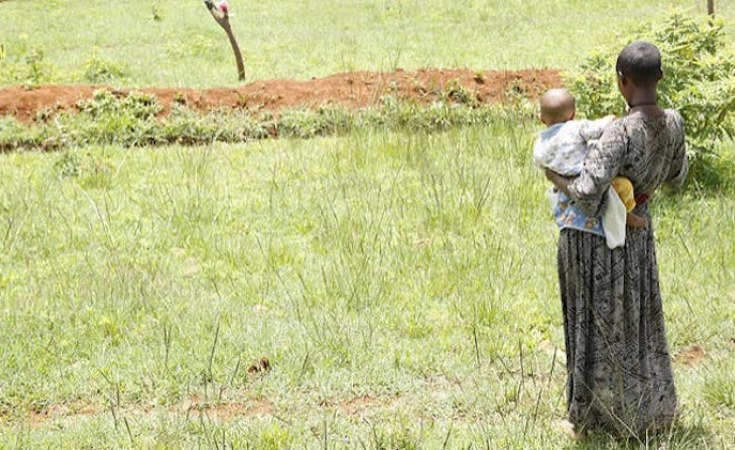 Jessica Lea/Department for International Development/Flickr
Child marriages remain a problem in across Africa.
The Monitor (Kampala)
By Joseph Omollo

Tororo District council has passed a by-law to curb the rising cases of teenage pregnancies and child marriages in the district.

The ordinance was passed on June 18 and took effect immediately.

Offenders now face up to six months in jail or a fine of 20 currency points.

The law criminalises presiding over any child marriage and denying children access to education in the district.

It also has a provision of safe spaces for children to access sexual reproductive health services, among others.

The district chairperson, Mr John Okeya, said the law was one of the priorities in his manifesto.

"We want to secure the future of our girls. We want our girls to complete their studies so that they can have a better future," Mr Okeya said during an interview on Sunday.

Mr Eric Okello, the executive director of The Youth Voices and Action Network Uganda (TYOVANU), said the by-law, if effectively enforced, will help to improve school retention rate especially among the girls.

"We had been calling for this ordinance because of the high rate of teenage pregnancies and child marriages, which inevitably result in high school dropouts," he said.

Mr Okello said the district has been stepping up efforts to fight child marriages but in vain due to weaker laws and policies.

"There has been a need for clear and strict legislation to invalidate marriages which are below the legally prescribed minimum age, so that the defilers and irresponsible parents are held accountable," he said.

Since the first coronavirus induced lockdown was imposed in March last year, about 7,449 girls between the ages of 10 and 19 have conceived, according to statistics obtained from public health facilities.

The district public relations officer, Mr Jackson Osudo, said the effects of the Covid-19 pandemic have been adverse on girls.

"We have recorded a drastic increase in teenage pregnancies and gender-based violence (GBV). We even had a case of a nine-year-old girl getting pregnant but when we learnt of it the parents fled with the victim to Kenya," he said.

Mr Albert Ologe, a leader in Iteso Cultural Union, said: "We need to come up with measures that prohibit harmful practices that undermine the dignity of the girl child."

Mr Mathew Omijo, a councillor, said enforcement of the by-law will provide safe space for children to pursue their dreams.

"Most of the defiled girls end up being abandoned by the perpetrators but we now believe with this ordinance, the cases will drop," he said.

Mr Peter Ekiikina, the executive director of Foundation for Open Development, said GBV is one of the factors responsible for increasing teenage pregnancies.

"But as an organisation, we have trained anti-GBV agents, who are deployed in sub-counties to contain the vice," he said.

The district education officer, Mr Albert Odoi, applauded the organisations for pushing the district to come up with the ordinance.

"Some parents had relaxed and were not playing their roles, including buying scholastic materials for their children," he said.

Mr Oboi said they will embark on enforcing the by-law and use other multi-sectoral approaches in order to end child marriages and teenage pregnancies.

"We want to see that the district is among the best performers in the national examinations in the long run," he said.