Sudan Needs the ICC for More Than Its Darfur War Crimes 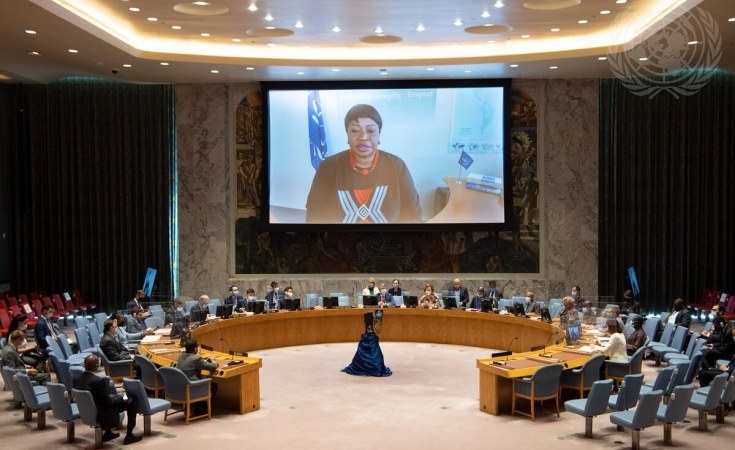 On 26 June, the Sudanese government pledged to surrender those wanted by the International Criminal Court (ICC) for prosecution. This signals a growing commitment from the country towards international criminal justice.

Relations between Sudan and the ICC haven't always been constructive, but they've improved since former president Omar al-Bashir was ousted in 2019. Still, Sudan must do more to support international criminal justice, and the transitional government's June announcement is a key step.

The first sign of change came when the transitional council stated in February 2020 that it was willing to hand over former officials to the ICC. This was a positive development, but doubts remained about whether the transitional government would make good on its promise.

Former ICC prosecutor Fatou Bensouda's visit to Khartoum in October 2020 was the first time she'd set foot on Sudanese territory in more than a decade, and the first meaningful outreach to victims. During al-Bashir's rule, officials from the prosecutor's office were denied entry into the country and their ability to conduct investigations was limited.

In February 2021, tangible progress was made when Sudanese judicial authorities signed a memorandum of understanding with the Office of the Prosecutor. The agreement represented a significant breakthrough. It provided a framework for cooperation on former militant leader Ali Kushayb's trial and confirmed Sudan's commitment to accountability for Darfur's atrocity crimes.

The former regime's assault on communities in Darfur between 2003 and 2004 resulted in approximately 500 000 deaths and the displacement of over two million. Five people including al-Bashir and Kushayb are wanted for war crimes, crimes against humanity and genocide.

The memorandum reiterates the responsibility of Sudanese authorities to extend their full and sustained support to the prosecutor. This includes the duty to hand over al-Bashir and other co-accused to the ICC.

The arrest warrant issued in 2009 for a sitting head of state created a massive saga spanning a decade. African Union (AU) member states perceived the warrant as targeting African leaders and called for non-cooperation in al-Bashir's case and a collective withdrawal from the court. The exit never happened, but the damage done to the ICC's reputation in Africa endures. Repairing relations will be an essential task for the ICC's new prosecutor Karim Khan.

Although the transitional council said it would extradite the ICC accused, no timelines were given

Sudan is not a state party to the ICC's Rome Statute. The government signed the statute in September 2000 but withdrew its signature in August 2008, telling the UN Secretary-General that it had no legal obligation from its previous signature.

Sudanese authorities should now start the process of joining the ICC by signing the statute. The current complexities surrounding ratification centre on Sudan's willingness to transfer al-Bashir to The Hague. Last week the transitional council said it would extradite the accused to the ICC. Federal Government Minister Buthaina Dinar said the cabinet was unanimous in its decision to bring peace and stability to the country. However, no timelines for the transfer were given.

Sudan's ratification of the Rome Statue wouldn't necessarily mean increased pressure to hand al-Bashir over. The Darfur case came about as a referral from the United Nations Security Council. As a UN member state, this means Sudan is legally obliged to cooperate with the ICC and surrender al-Bashir.

But political and social realities on the ground make this tricky. There would be pushback from al-Bashir's supporters in the now-disbanded National Congress Party and allies in the current ruling transitional council.

The long-term goal of reforming the judiciary, doesn't prohibit a commitment to the Rome Statute

Ratifying the Rome Statute would show a fundamental shift from past positions and a solid commitment by the transitional government to international criminal justice. Although the ICC remains a court of last resort, a lack of political will and severe resource constraints mean Sudan's domestic courts are unlikely to try crimes of such magnitude and gravity.

The country's long-term goal should be to continue reforming the judiciary - a cornerstone of the 2019 revolution slogan. However, that doesn't prohibit a commitment to the Rome Statute system. Ratification would also boost victims' perceptions of justice.

Joining regional and international treaties such as the Malabo Protocol on the African Court of Justice and Human Rights and the Rome Statute would bolster the Kushayb trial memorandum. It should also deter transitional leaders, strongmen, militias and rebel groups from prolonging insecurity and perpetrating atrocity crimes.

The transitional government has a responsibility not only to deliver justice for crimes committed under the al-Bashir regime but also to prevent human rights abuses and violations. The swearing-in of Khan as ICC prosecutor is a chance for renewed cooperation that the AU, the ICC and Sudan's judicial authorities should grasp to prevent egregious crimes.