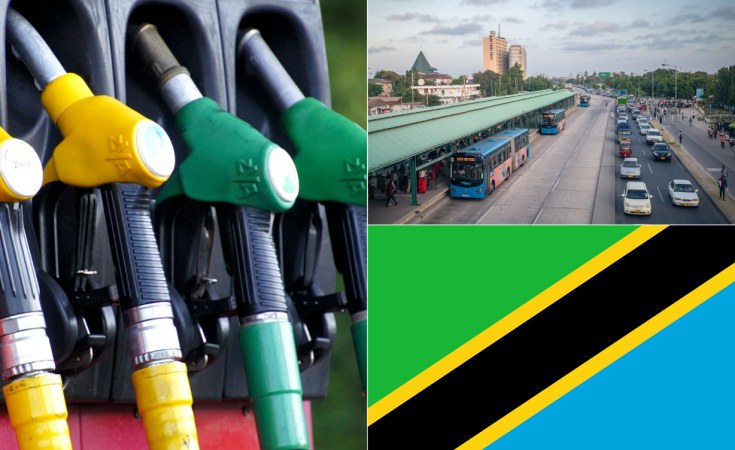 Dar es Salaam — Fuel prices have gone up by 58 percent during the past 12 months due to a rise in global demand and increasing local taxes and levies.

In simpler perspectives, this means that one has to pay Sh885 more to access a litre of petrol in Dar es Salaam in July 2021 compared to what the same person paid for the same volume of the product 12 months ago.

The latest adjustments were effected on July 1, 2021 as the government seeks to collect Sh100 as fuel levy in line with the Sh36.68 trillion-budget for the financial year 2021/22.

But with rising global prices, the increase had to go beyond the Sh100 fuel levy, with the Energy and Water Utilities Regulatory Authority (Ewura) finally raising July 2021 retail prices of petrol, diesel and kerosene by Sh156, Sh142 and Sh164 per litre, respectively for the products imported via the Dar es Salaam Port.

The high fuel costs are largely due to numerous taxes, levies and fees to the government, some of its agencies and departments.

A calculation of how the price of a litre of petrol is arrived at shows that between 30 and 40 percent of it actually goes to the government, its agencies and departments in form of taxes, levies and regulatory fees.

This is precisely why fuel prices is cheaper in some countries that import the product via Tanzania's ports and elsewhere.

In Songwe for instance, some motorbike taxi riders, popularly known as bodabodas, are reportedly crossing the border to Zambia where fuel prices are hundreds of shillings cheaper than they are on the Tunduma border with Tanzania.

The cap price for petrol in Tunduma is Sh2,526 but the same fetches less than Sh2,000 on the Zambian side.

Mr Elias Mahenge, who owns a vehicle at Tunduma and a lorry driver, Mr Martin Msowela, told The Citizen yesterday that they were being compelled to buy the product in Zambia, through bodabodas, as a way of getting themselves some reprieve.

"To us, crossing the border to buy the product that side is a blessing because it cuts our operation costs since we have not raised our charges despite fuel rises," said Mr Msowela.

A bodaboda rider, Richard Simyota shared similar sentiments, noting however that sometimes, they get the going tough when they have to dodge Zambian security personnel as they go via unofficial routes to buy fuel.

A manager at Ilasi filling station, Happy Asajile, said the number of vehicles, refuelling at his station was going down due to the price hike.

"We are losing out to our Nakonde colleagues where prices are better," he said.

The recent rise notwithstanding, fuel prices in Tanzania remain lower compared to its peers in East Africa.

In Uganda, until a few weeks ago, a litre of petrol was trading at USh4,150 (about Sh2,573) in Kampala but reports show that it has since gone up further.