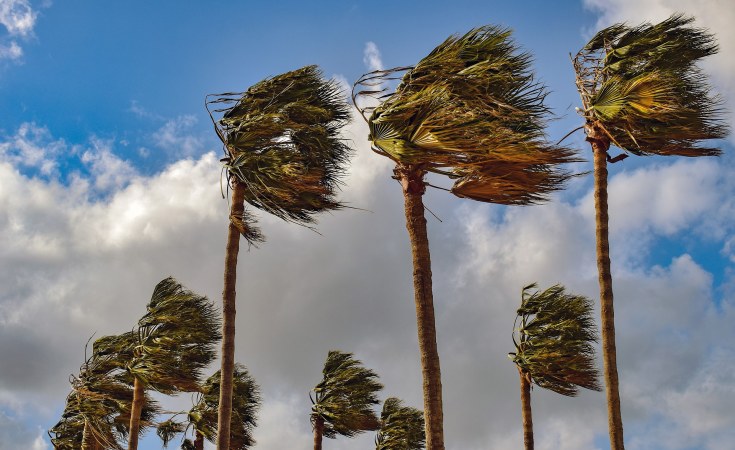 In just four months the countries of the world will meet in Glasgow for COP26, the critical United Nations climate conference. And before they do, we need a big final push on a vital issue: climate finance.

As part of international climate negotiations, developed countries promised back in 2009 and aqain in 2015, to mobilise $100 billion a year by 2020 and through to 2025. This is to help developing nations respond to climate change and reduce emissions, for example, by investing in renewable energy or flood defences.

It's just a fraction of the investment needed to tackle the climate crisis. But it is essential for helping developing countries on a path to a clean, green future. With support, these countries can leapfrog polluting technologies as their economies develop, and protect themselves from climate change, through so-called climate adaptation.

Delivering the $100 billion is also a matter of trust, and trust matters in international climate politics. I've heard first-hand from leaders and ministers in developing countries how frustrated they are that the promised funds have not been mobilised fast enough.

Almost $80 billion was mobilised in 2018, the last year for which we have figures - a lot but not enough. Since then the COVID-19 crisis has threatened progress, and though the 2020 figures are not final, a major question mark hovers over whether the target was met last year.

Securing the $100 billion has been an absolute focus of the UK's COP26 Presidency, as well as our Presidency of the G7. And we have seen some dividends.

Every G7 country has committed to increase finance to meet the $100-billion target, including boosting funds to protect people and nature from the effects of climate change, critical areas that have typically been underfunded. This is a major step forward as G7 countries contribute the vast majority of bilateral climate finance, and their commitments will make or break the global goal.

Not every G7 nation put extra money on the table immediately, but we need that to happen ahead of COP26. The UK has already substantially increased its commitments, with the Prime Minister announcing in 2019 that we would double our climate finance. And Canada, Japan and Germany committed new funds directly after the G7 meeting, which together amount to billions of dollars a year - strong, ambitious pledges of the type we need to reach $100 billion.

In addition to the $100-billion goal, the G7 made progress on unlocking further funds for developing countries, via Special Drawing Rights, or SDRs. These are reserve assets, created by the IMF, and a $650-billion allocation is currently in preparation.

G7 governments have made clear they want almost a sixth of these new SDRs to support economies, and healthy, green and resilient recoveries from COVID-19, in the poorest and most vulnerable countries. G7 nations have also called on other countries and the IMF to support that aim. This would provide a significant boost to developing nations, and I encourage all parties to respond urgently to this call.

The progress we have seen from the G7 is commendable, but there is further to go before COP26. Developing countries need clarity, and they need confidence that the $100 billion in climate finance will be delivered. So developed countries need to publish a clear plan for how, together, we are going to deliver the $100 billion a year between now and 2025.

All development banks, and developed countries that can, must make more ambitious financial commitments for the next five years, particularly those G7 nations yet to do so. And, as well as increasing funds for reducing emissions, known as climate mitigation, they must set out how they will increase the sums going towards protecting people and nature from the impacts of climate change by funding adaptation measures. Finance for climate adaptation has been woefully inadequate, making up just 21% of total climate finance in 2018, and adaptation can no longer be seen as the poor cousin of mitigation.

Developed nations need to deliver, and having spoken to governments around the world, I know the vital importance of the $100-billion goal is well understood. I hope that developed countries will pledge new funds over the coming months. There are opportunities for donors to step up at the meetings of G20 ministers in Italy in July, as well as at the United Nations General Assembly in September but time is short, and the stakes are sky high.

We need a big push, to get us over the line, to show that promises made are promises kept, and to create the best possible conditions for those crucial negotiations in Glasgow.