South Africa: 62 Suspects Arrested as Police Continues to Respond to Opportunistic Criminality Emanating From Protests Over the Weekend in Kwazulu-Natal And Gauteng 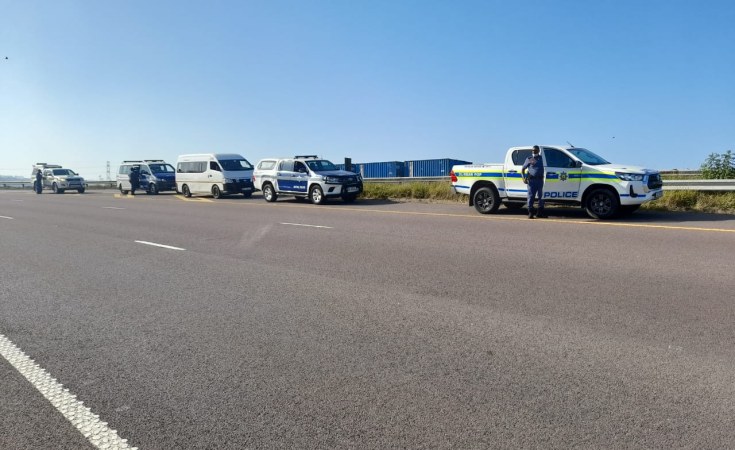 Pretoria — The SAPS in Gauteng and KwaZulu-Natal, working closely with their respective local Metro Police Departments, have heightened visibility and remain on high alert in response to incidents of opportunistic criminality and violent protests in the two provinces over the weekend.

Gauteng Police working closely with the JMPD last night responded swiftly to sporadic incidents of looting of businesses and barricading of roads in Jeppe and Alexandra, and arrested 25 suspects.

In the Jeppe policing precinct, police dispersed a group of about 300 people who had barricaded the M2 freeway. It is alleged that one group then headed to the Jeppestown where they looted a number of businesses. Seven suspects were arrested, four of whom were found inside one of the stores, while three were arrested for public violence and for being in possession of suspected stolen property.

In Alexandra, police arrested 18 suspects - 16 of them for public violence also linked to the shooting of a police officer who was rushed to hospital for urgent medical attention. Two other police officers sustained minor injuries. The other two suspects were arrested for possession of suspected stolen property and malicious damage to property. This came as police responded to information of a group of people from Alexandra who targeted and forced entry into businesses, and started looting.

This group of about 800 people is reported to have attacked police resulting in the shooting of police officers who have now received medical attention, with only one in hospital in a stable condition.

Police also dispersed a group in Bramley, near Alexandra.

In the meantime, an investigation is underway to determine the circumstances surrounding the fatal shooting of a 40-year old man who was certified dead at a local clinic.

Meanwhile in KZN where incidents of violent protests started on Friday, the number of arrests has increased to 37 thus far. Police working closely with Metro Police have overnight, been able to disperse crowds and foil attempts to barricade roads. No further looting has been reported.

The National Joint Operational and Intelligence Structure (NatJOINTS) is working around the clock to enhance operational capacity at provincial level in response to incidents in which people appear to be undermining the authority of the State, including the flouting of the DMA Regulations.

A warning is issued to those circulating inflammatory messages, inciting violence and lawlessness that they refrain from doing so. The possibility of criminal charges being instituted against such persons cannot be ruled out, particularly in the event of injury or death that may come as a result of any operational response by the security forces to these incidents of violence and opportunistic criminality.

Tagged:
Copyright © 2021 South African Police Service. All rights reserved. Distributed by AllAfrica Global Media (allAfrica.com). To contact the copyright holder directly for corrections — or for permission to republish or make other authorized use of this material, click here.