Ethiopia: Safeguarding Ethiopia Is Important Not Only for Ethiopians but Also the Region Mohammed Idriss Farah, Ambassador of Djibouti to Ethiopia, Rwanda, Equatorial Guinea and PR to AU and Eca 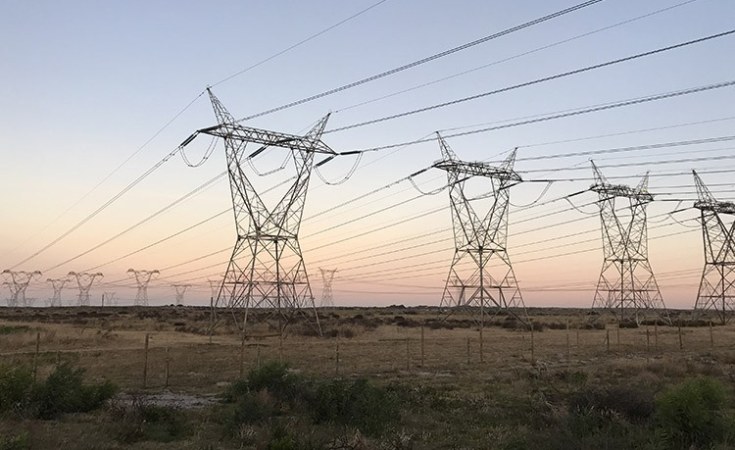 Ethiopia and Djibouti have a long-standing political and socio-economic relations. The relations between the two countries go back to many centuries. Nevertheless, formal diplomatic relations were established in 1923 when Ethiopia opened its General Consulate Office in Djibouti. Later the Republic of Djibouti opened its Embassy in Addis Ababa, in the aftermath of its independence from France in 1978.

The two countries have strong historical bonds sharing a common culture, social values, and languages. Ethiopia has been using the ports of Djibouti for its imports and exports. Presently, about 95 percent of Ethiopia's import-exports channeled via Djibouti. Besides port usage, the two countries have been connected key infrastructures network namely, transport, telecommunications, trade and investment, security issues, electric power, and potable water and the like.

How long have you been serving in Ethiopia? How do you explain over all tenure in Ethiopia?

I have been representing my country Djibouti for the last 10 years. So, it was pleasant for a Djiboutian ambassador to be here. I think it will be the same thing also for the Ethiopian ambassador in Djibouti. I am so happy serving as an ambassador of Djibouti in Ethiopia. Ethiopia is a very nice country for living and working since the people are friendly, respectful and humble. As I said before being in Ethiopia gives me pleasure not only for me but also my family and my kids. Off course, Ethiopia is a wonderful country, the people are also wonderful with big history. So, I and my families enjoyed staying in Ethiopia for the last 10 years. Ethiopia and Djibouti have the same culture. When you see some culture of Ethiopin especially, Somalia or Afar culture, it is similar. It looks like my country. So, it was really great to be an ambassador of Djibouti here.

Would you explain the longstanding and historic relations between the two countries in such a conflict- ridden region? What are the areas of cooperation?

You know Ethiopia and Djibouti are not only working about economic integration. We are also working together on peace and security aspect. For instance, Ethiopian Defense Forces and Djibouti Defense Forces are working in AMISOM in Somalia under the African Union peacekeeping mission. We know that our region is not easy region and it is full of challenges but we have been cooperating both in regional bloc such as IGAD and continental and international organization to realize peace and stability in the region.

Furthermore, Ethiopia and Djibouti have been cooperating in economic, political, cultural, social and every matters. The cooperation is not a matter of two hundred or three hundred years rather it starts since the genesis of Djibouti. These cooperation's and relations had not disconnected even during French colonization of Djibouti. So, the cooperation is long and strengthened during the past 20 years.

Are there any challenges observed to further strengthen the bilateral cooperation between the two countries?

As I mentioned before the relationship between Ethiopia and Djibouti observed in political, economic and socio-cultural areas. Their economic integration is unique from any other African countries. Nonetheless, the economic policy that the two counties follow has been a challenge for full-fledged integration or cooperation. The Ethiopian economic policy is a little bit different. Currently, the government of Djibouti closely is working with the Ethiopia authority including Ministry of Finance, Ministry of Transport, Ministry of customs to have similar policy, if possible, if not, to narrow the gap of the two system, off course it needs time for that.

It is crystal clear that the two countries have strong economic attachments. Would you please tell us the trade volume between the two sisterly countries?

Since it varies year to year, I don't have the exact figure, but we know that Ethiopia and Djibouti have strong trade relations since 95 percent of Ethiopian port services transact via Djibouti. Apart from port services, Ethiopia got internet and telephone access from Djibouti while Djibouti gets from Ethiopia electricity, water, vegetables, fruits and all things. So, it is really important that economic integration between the two countries. Hence, Djibouti is dependent on Ethiopia for basic services as Ethiopia depends on Djibouti for import-export.

Please tell us about the Ethio-Dijbouti railway and its importance in connecting the two countries and their people?

The railway plays significant role in economic and social aspects and it is really important in connecting the economy and the people of Ethiopia and Djibouti. In the economic sector, the railway makes the movement of goods and services easy. For instance, it would be easy to import-export from the port of Djibouti to Addis Ababa or Mojo. The railway also plays key role by connecting more people from Ethiopia and Djibouti. You know, during summer season the Djiboutian people come to Ethiopia, Dire Dawa and Addis Ababa. Whenever they come here, they use the train. So, the railway is important to do business and interconnecting people between the two brotherly countries.

How do you explain the people-to-people relations between the two countries in terms of strengthening cultural relations?

This is important question. People-to-people relations between the two countries have been strengthened through different activities including culture and trade activities while much has been remained to be done. Our dependence reaches the level of thinking one another. So, we are more interconnected because when something happens to Ethiopia it is really automatic in Djibouti. You know when Ethiopian's economy moving / growing, we are growing. If the Ethiopian economy have some problems, we have some problems. So, this interconnection between the two countries really amusing. The last ten years I was here to look at it, it is really important for the people of Ethiopia and Djibouti.

How do you see the engagement of Djiboutian investors in the Ethiopian economy?

Off course our investors are ready, as I said before the two countries follow different economic policy which make Djibouti investors not to expand their investment and attract new investors. This is a problem but off course, we have business people here working in Ethiopia about a lot of things, but it is not enough. We know Ethiopia is a big country. Our embassy encourages Djiboutian investors to invest, get investment land in Ethiopia and so on, but the bureaucracy is a bit difficult to understand. But we are also working on it. We are also advised to have a kind of committee for the investors which works with Ethiopian Ministry of Finance to facilitate for Djibouti investors who would like to invest in Ethiopia.

Ethiopia and Djibouti have been working for peace and stability of the Horn of Africa. We are still working on it. It is important because our military personnel are working together not only in Somalia but also for the situation of the Horn of Africa in general. The Federal Police of Ethiopia and Police of Djibouti sign memorandum of understanding to strengthening their activities. Furthermore, the intelligence people have also platform to work together to exchange criminals. Recently, Djibouti has handed over criminals that were being hunted by Ethiopian Federal Police. Hence, we are on the same boat.

The import-export goods of Ethiopia have been increasing day in day out. What does your country think about expanding new ports?

Now we have seven ports, all of them are working for Ethiopia. Ethiopia with more than one hundred million people need more ports. It is a good start that some countries of the region start providing port services to Ethiopia. But this does not affect Djibouti's provision of port services. Because Djibouti has seven modern ports working everyday and every time, the all day.

you know the Djibouti port became the first port in Africa. In terms of capacity and efficiency, the number one port in Africa would be Djibouti. Because Ethiopia and Djibouti invest a lot. This has helped Ethiopia to have everything on time.

Making the port services efficient is very important. If Ethiopia has any economic problem, at the end of the day it becomes security problem to Djibouti. So, we don't want to see any kind of problem happening in Ethiopia. So far, we are working very hard with Ethiopian authorities. Especially, Ethiopia and Djibouti Ministry of Transport are working closely. Additionally, the two leaders, Prime Minister Abiy Ahmed and President Ismael Omar Guelleh are working together all aspects which need special attention.

As you know, countries in the Horn of Africa have been opening new ports. Does your country have a plan to provide port service with discount so as to win the upcoming port service competition?

Actually, I don't know exactly what kind of price it will be giving to Ethiopia but to be frank with you it is the best price. Djibouti is also ready for those competitions. Nonetheless, Djibouti has a lot of port service advantages; it is important to welcome other port provider countries such as Somaliland and Kenya. Like I mentioned before, Ethiopia needs more access to the sea and this is automatic. The coming of Eritrea also does not affect Djibouti port services. Because Djibouti has very advanced port services which is effective and efficient compared to other countries which are coming into the competitions. Beside the completions, countries in the Horn of Africa must work together since they all are the same people shared common culture, language and the like.

To further Strength the relationship as I said before it is important to work more to connect people not only of the two counties but also of the reign as whole. It is also important to strengthen the economic integration.

Finally, let me give you a chance if you have something to say

Besides, I wish all the best for Ethiopia citizens because we are brothers and sisters, we know the problem here on the ground, and we also understand the political problems. We also know Ethiopians at the same time. Problems are not new for Ethiopians and they are used to it. But Ethiopian also know how to save their country from internal and external problems. This is what we understand from the history of Ethiopia. It is a great nation. Safeguarding Ethiopia is important not only for Ethiopians but also the region and the whole continent. Therefore, Ethiopian citizens especially, the youths must work together to safeguard their country. Ethiopia's political problems could be solved through common understanding and dialogue.