South Africa: 'We Are With You' - the South African Care Centres Providing Hope for Survivors of Sexual Violence 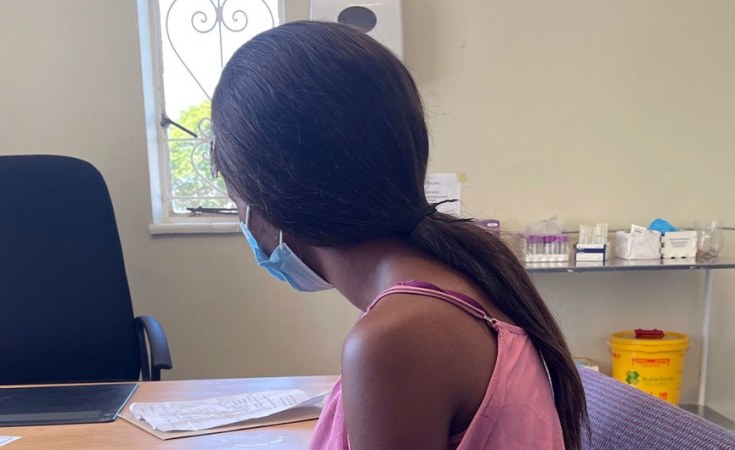 UN South Africa
20-year-old Lerato, not her real name, was raped in South Africa after being dragged into a car by two men.
UN News Service

In South Africa, a sexual offence is committed every ten minutes, and the number is rising, according to official police statistics. The UN is working closely with the Government to ensure that care centres have the resources to help survivors of sexual violence across the country, including the most deprived regions.

In the Sinawe Thuthuzela Care Centre, located in the small town of Mthatha in Eastern Cape Province, Lerato*, a 20-year-old first-year student at the local university, bends forward on her chair, her head fixed to the floor. She looks sad, tired and dejected, avoiding any eye contact. Dressed in a pink tank top and fading jeans with a small yellow handbag sitting on her lap, Lerato has come for her second assessment at this care centre for survivors of rape.

On a quiet early Saturday evening, while walking back home from the shops, a car abruptly stopped in the middle of the road and two men violently dragged her inside before speeding off. The car then stopped at a dark spot. Shocked and helpless, and before she could process what was happening, one man raped her as the other watched.

Overnight, Lerato became one of the latest survivors of sexual violence against women in South Africa. According to police statistics, there were 53,295 reported sexual offenses during the 12 months between April 2019 and March 2020, an increase of 1.7 per cent from the previous reporting period. This is the equivalent of a sexual offense every ten minutes. And these are only cases reported to the police. Experts believe the majority of offenses are never reported.

Some women, like Lerato, end up at care centres specifically set up to help survivors of sexual violence. There are more than 50 such centres scattered throughout South Africa serving as "one-stop facilities" or frontline posts in the war against rape. Their key role is "to reduce secondary victimization, improve conviction rates and reduce the time" between when a crime is committed and when the perpetrator is finally convicted. The centres are attached or located close to hospitals, ensuring survivors have access to urgent medical attention.

The Sinawe Thuthuzela Care Centre is one example. Sinawe means "we are with you" in Xhosa, one of the country's eleven official languages. It was at this centre that the United Nations Resident Coordinator in South Africa, Nardos Bekele-Thomas, and her team - which included the head of the UN Women in Southern Africa, Anne Githuku-Shongwe - converged to sign an agreement with the government to revive the struggling local care centres, among other projects.

The joint UN Country Team and Government plan is to pilot an approach to development that targets specific districts identified as most vulnerable to operational bottlenecks. These logjams have slowed down the delivery of basic social services to local communities. Three districts in the provinces of Eastern Cape, Limpopo and KwaZulu-Natal are expected to benefit from the programme called "the district development model".

For many years, one-stop crisis centres made remarkable progress to live up to expectations. In 2012-2013, the Sinawe Centre won an award for being the best-run care centre in South Africa.

Dr. Nomonde Ndyalvan, an energetic, highly motivated and enthusiastic woman, heads the Sinawe Centre, which sits across the road from the provincial Mthatha General Hospital. She wears several hats as an activist on gender, disability and mental health issues.

A qualified medical doctor, Dr. Ndyalvan, 53, started as a volunteer in 2002, a year after the Sinawe Centre was launched. Notwithstanding the countless and formidable hurdles she faces as the manager, one easily senses the high energy and enthusiasm she exhibits once she starts talking about her job at the centre.

"The management needed doctors, counsellors, mental health specialists and nurses to come work here. It was emotionally challenging knowing how the women were being raped," she recalls. Herself disabled, Dr. Ndyalvan says as a disability activist, "I realized that people with disabilities were targets for rape. And the statistics on this are high."

The search for a long-term solution

Shocked by the enormity of sexual violence in the district, Dr. Ndyalvan opted to work full time at the centre in March 2009. "There was no full-time doctor. The patients would wait for the whole day for university doctors to come, and they would only be seen at night."

As the years went by, the Thuthuzela model gained fame. Incident reports from rape survivors shot up as more women felt safe enough to report cases to the police and care centres. Prosecutors upped their game; the upshot was high conviction rates of offenders. Because the care centres offered dignified and friendly settings, they reduced secondary trauma among survivors.

"Now we see about 60 to 80 patients a month on a low season," says Dr. Ndyalvan, as she sat behind her office desk, a stone's throw away from Mthatha General Hospital. "During holidays and festive seasons, rape cases go up to between 100 and 120 per month. We cover patients from as far as 200kms away. We go beyond OR Tambo municipality." OR Tambo is one of the poorest municipalities in Eastern Cape Province, itself the most-poverty stricken of South Africa's nine provinces.

The challenge for the UN and the Government is to restore the care centres to their old self if South Africa is to find a lasting-solution to the scourge of sexual or gender-based violence given the limited resources at their disposal.

*Not her real name.

The UN and Gender Equality

The UN says gender equality is not only a fundamental human right, but a necessary foundation for a peaceful, prosperous and sustainable world.

One of the 17 Sustainable Development Goals, SDG 5 on gender equality aims to end all forms of discrimination against all women and girls everywhere.

The importance of protecting women's rights has been highlighted during the COVID-19 pandemic with a global increase in reported domestic and gender-based violence.

Globally, one in five women and girls, including 19 per cent of women and girls aged 15 to 49, have experienced physical and/or sexual violence by an intimate partner within the last 12 months.