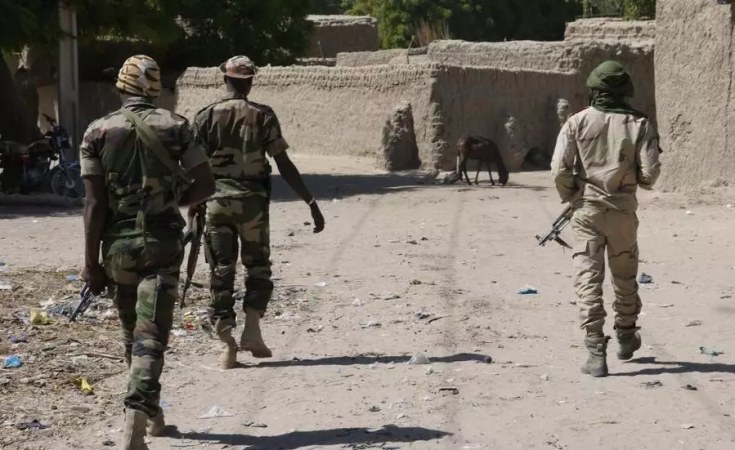 At the end of a virtual G5 Sahel meeting on Friday, French President Emmanuel Macron announced that France would start closing three military bases in northern Mali by year-end, as the jihadist threat in the Sahel begins to shift south and expose more countries in the region to Islamist attacks.

"Our enemies have abandoned their territorial ambitions in favour of spreading their threat not only across the Sahel, but across all of West Africa," Macron said after a virtual video summit on Friday with the leaders of the G5 Sahel - Mali, Burkina Faso, Chad, Mauritania and Niger.

"Unfortunately this offensive implies increased pressure on all the Gulf of Guinea countries, which is already a reality," he said.

Analysts have long warned that jihadist insurgents in the five Sahel countries could turn their focus to other nations including the Côte d'Ivoire or Benin.

"We are going to reorganise ourselves in line with this need to stop this spread to the south, and it will lead to a reduction of our military footprint in the north," Macron said.

Macron announced last month that he would start removing much of the 5,100-member Barkhane force in the Sahel after eight years of helping local forces stave off the threat from Islamist rebels linked to Al-Qaeda and the Islamic State (IS) armed group.

"But in no way are we going to take over the responsibilities and sovereignty of nations in the region, to fulfil their missions for restoring security and government services to their populations," he added.

Speaking alongside Niger's President Mohamed Bazoum, the only leader to travel to Paris for the talks, Macron insisted that France would remain a long-term partner for the G5 Sahel countries.

Bazoum, for his part, said Niger would repatriate, by the end of the year, up to 130,000 people displaced from their villages since 2015 who sought refuge from Islamist fighters in neighbouring Nigeria.

They are among several thousands of people across the Sahel countries forced from their homes as jihadists closed schools and held off government forces with increasingly bold attacks in recent years.

France is hoping to convince its European allies to step up their participation in the Sahel anti-terrorism fight as part of an international Takuba force to bolster local armies.

But fresh political turmoil in Mali and Chad in particular, where military juntas are now in charge, raises further questions about whether local governments can effectively tackle the Islamist threat.

While Macron said Chad's interim leader Mahamat Idriss Deby Itno had given assurances this week of a democratic transition after the killing of Deby's father in April, with Mali there was more "mistrust".

"Even though I denounced these two coups... We remained militarily committed because it's important for Malians and everyone in the region," Macron said.

Macron has pressed Sahel leaders to win public support by stamping out corruption in their impoverished states, and by restoring government control and public services.

France has also struggled to train local troops grouped in a G5 Sahel anti-jihadist alliance that remains outmatched in many areas by jihadist fighters who have staged increasingly bold attacks in recent months.

Paris now plans to fold its presence into the so-called Takuba European task force, originally a training operation for Mali. The force currently comprises around 600 soldiers, half of them French.

So far the Czech Republic, Estonia, Italy and Sweden have answered Macron's calls for contributions to help make Takuba function more as a counter-terrorism mission.

"For many European governments, the current extent of their military involvement in the Sahel already pushes up against political red lines at home," said Andrew Lebovich, a researcher at the European Council on Foreign Relations (ECFR).

"An ill-coordinated drawdown and ad hoc coalition building risks the worst of all worlds, creating political and security costs for Europe... and removing ways to work with, or pressure, Sahelian states to pursue much-needed changes," he said.