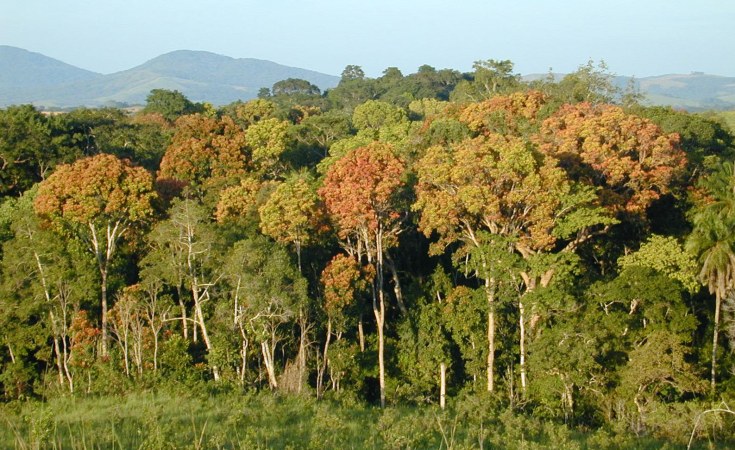 Gabon is the first country in Africa to receive results-based payments for reduced emissions from deforestation and forest degradation.

The first payment is part of the breakthrough agreement between Gabon and the multi-donor UN-hosted Central African Forest Initiative's (CAFI) in 2019 for a total of $150 million over ten years.

After independent experts verified Gabon's results from reduced deforestation and forest degradation (mainly from forestry activities), the payment of $17 million US dollars rewards Gabon's reductions in 2016 and 2017, compared to annual emission levels from 2006 to 2015.

At a high-level event organised on Tuesday, Sveinung Rotevatn, Norway's Minister of Climate and Environment said on behalf of CAFI: "This is the first time an African country has been rewarded for reducing forest-related emissions at the national level. It is extremely important that Gabon has taken this first step. The country has demonstrated that with strong vision, dedication and drive, emissions reductions can be achieved in the Congo Basin Forest."

Gabon is leading the way in maintaining its status of High Forest Cover Low Deforestation (HFLD) country. The country's forest management approach is science-based and robust. Despite low historical rates of deforestation and forest degradation, Gabon has been able to reduce CO2 emissions even further.

Being a low deforestation country means, however, that Gabon's potential to reduce emissions is even more limited. Therefore, new mechanisms such as the ART-TREES HFLD methodology are underway as incentives for HFLD countries to maintain low deforestation rates.

Gabon's Minister of Water and Forests, the Seas, the Environment, charged with Climate Change and Land Use Planning, Professor Lee White said: "This first payment of ODA financing, which is proportional to our historic emissions reductions in 2016 and 2017 at $5/ton, will finance projects that preserve Gabon's forests. It also paves the way for Gabon to finalize the systems that will be required to enable the country to formally sell carbon credits in the future."

"CAFI's recognition of our systems and data is particularly encouraging in that they are a global reference on REDD+ payments. We are working with partners to develop payments mechanisms that will enable us to stabilize forests and reverse deforestation and forest degradation in HFLD countries, rather than simply slowing (=reducing) deforestation," Prof White added.

Gabon and CAFI have agreed that this first payment will go towards activities that further decrease CO2 emissions through investments into community forestry, scientific research, forest management practices, protected areas system and government capacity, and that further enhance the income, livelihoods, and wellbeing of communities in Gabon.

Gabon has preserved much of its pristine rainforest since the early 2000s in creating 13 national parks, one of which is listed UNESCO World Heritage Site. Its forests absorb a total of 140 million tons of CO2 every year, the equivalent of removing 30 million cars from the road globally.

Gabon has also made significant advances in sustainable management of its timber resources outside the parks, with an ambition to ensure that all forest concessions are FSC-certified. Forest spans over 88% of its territory, and deforestation rates have been consistently low (less than 0.08%) since 1990.

Gabon's forests house pristine wildlife and megafauna including 60% of the remaining forest elephants, sometimes called the "architects" or "gardeners" of the forest for their roles in maintaining healthy ecosystems and recently listed as critically endangered.

1. Rainforests have the potential to mitigate ongoing global crises

Climate change and biodiversity loss are the defining challenges of our generation.

Rainforests stock and absorb carbon and are home to more than 50% of terrestrial biodiversity, while only covering 6% of the Earth's surface.

2. The Central African forest is unique in its size and features

Central Africa is one of the few remaining regions of the world that absorb more carbon than they emit.

Its forest is the world's second largest, that sucks out close to 1.5 billion tons of CO2 of the atmosphere or 4% of the world's emissions every year. It is home to more than 10,000 plant and animal species, many endemic. This forest is the source of food, energy, shelter and spirituality for over 40 million people living in and around it.

3. Central African forests are under threat

The Central African forest has been mostly spared from loss so far, but is under increasing pressure. While trends and causes vary widely with national contexts (the subject of an ongoing CAFI-funded study), the Central African region has totaled a loss of over 6 million hectares of humid primary forest since 2001.

CAFI at a glance

Through 17 enabling & reform programmes and 11 large-scale field programmes combined with high-level policy dialogue, CAFI helps its 6 partner countries - Cameroon, the Central African Republic, the Democratic Republic of the Congo, Equatorial Guinea, Gabon and the Republic of Congo - to

115 - millions transferred to 10 large-scale, field-level programmes in DRC and Gabon

Tagged:
Copyright © 2021 Africa Renewal. All rights reserved. Distributed by AllAfrica Global Media (allAfrica.com). To contact the copyright holder directly for corrections — or for permission to republish or make other authorized use of this material, click here.

The Wait is Over as Big Brother Naija Returns!
NGO