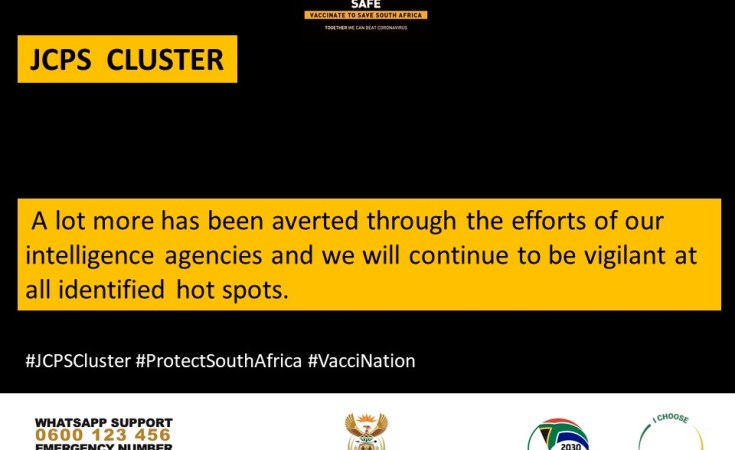 In failing to anticipate the riotous looting and act against the leaders, the intelligence community could be responsible for one of the most egregious failures imaginable. The people who are using taxpayers' money to protect national security will have become the single biggest threat to national security. People are paying the price with their livelihoods and lives.

Jane Duncan is a professor in the Department of Journalism, Film and Television at the University of Johannesburg. She is author of Stopping the Spies: Constructing and Resisting the Surveillance State in South Africa.

As chaos unfolds on the streets of South Africa, analyses abound of what the drivers of the chaos are. Some point to criminality, others to a political assault on the government fuelled by inter-ANC rivalries. Still others emphasise unemployment and inequality as key drivers, likening the mobilisations to food riots.

By this stage, the mobilisations (I hesitate to call them protests) appear to contain all these elements. However, one analysis that has yet to come to the fore is that the mobilisations contain elements of a counter-intelligence operation against a sitting president.

Recognising the patterns of a classic counterintelligence playbook helps us to understand the ways in which the...