Benin President Promises to Step Down in 2026 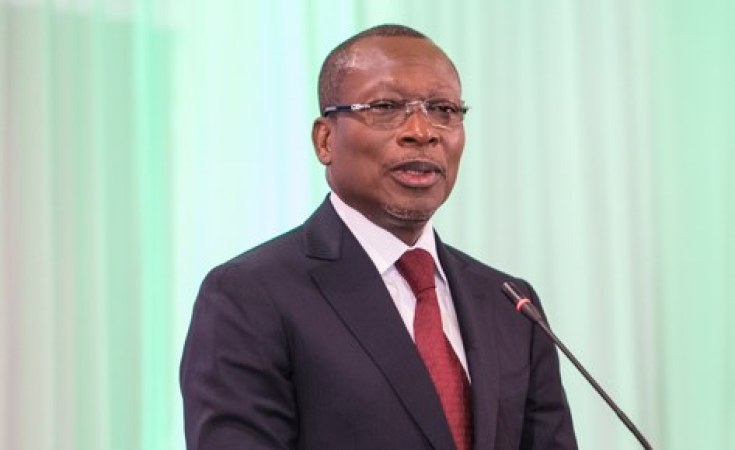 Cotonou — The president of Benin His Excellency Patrice Talon on Saturday promised the youth of West Africa attending the second West African Citizen Summit in Cotonou, at the Palais Des Congrès of Cotonou, Benin that he would pass the baton that was presented to him by David Dosseh, the coordinator of the summit in 2026.

The baton was presented to him as a symbol of term limit in Africa. This, he said, would set an example in Benin in 2026 to promote and encourage two term limits in Africa.

"As African youth all over West African states are seated here in Benin today, I recommend your efforts and in fighting more than two limits and I am in your struggle in fighting it hence it is the biggest problem in African leaders of today that I will never be part of." he underlined.

President Talon expressed delight with organisers and the participants, while congratulating them for seeing that more than two term limits is causing separation and distraction in Africa.

He, however, noted that democratic take overs promote democracy and peace of mind to the people and African leaders should respect that fact which he is not an exception.

According to him, African leaders limiting their mandates to two terms are a leading act of democracy and promoting faster development.

Mr. Talon concluded by advising his fellow African leaders to set good examples in their countries, adding that in a country where more than two-term limit is encouraged, will only suppress African people to experience difficulties to freedom of expression; and people in charge of office ending up taking advantage of their own citizens.

He further thanked Africans Rising, Social Universities of Togo, CREA, and Tournons la Page for coming up with the good idea of gathering West African youth in Benin to fight term limit, which he is fully in support of.

Tagged:
Copyright © 2021 The Point. All rights reserved. Distributed by AllAfrica Global Media (allAfrica.com). To contact the copyright holder directly for corrections — or for permission to republish or make other authorized use of this material, click here.