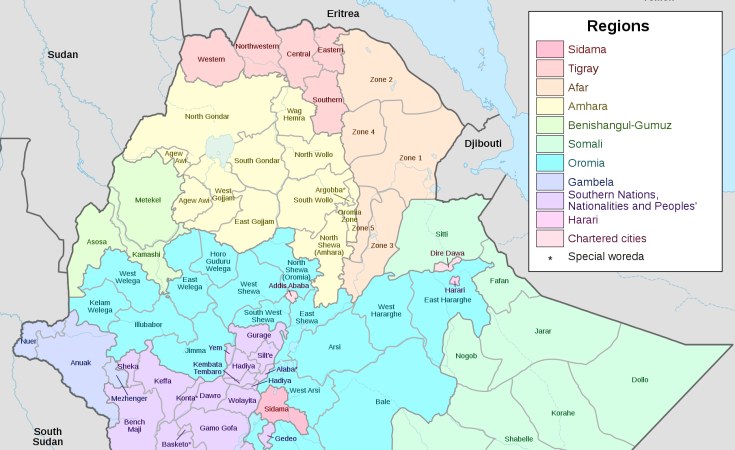 NordNordWest/Wikimedia Commons
A map of the regions of Ethiopia.
Addis Standard (Addis Ababa)

In a statement, Gizachew said the Amhara region has decided to move from self-defense to offensive positions in the following fronts: Wag, Aber Gele and Tsegabti, Raya Front, Korem, Alamata and Bala, as well as Wolkait, Mai Tsebri and Tsegede fronts.

He further said that the war waged by Tigrayan forces on three different fronts against the Amhara region is an "open war" in which children, the elderly, members of clergy and women are being harassed and killed in violation of international laws. He added that the Amhara state has been trying to prevent and control invading forces so far, but that the region's special forces and security forces have been ordered to move on from now onward. AS