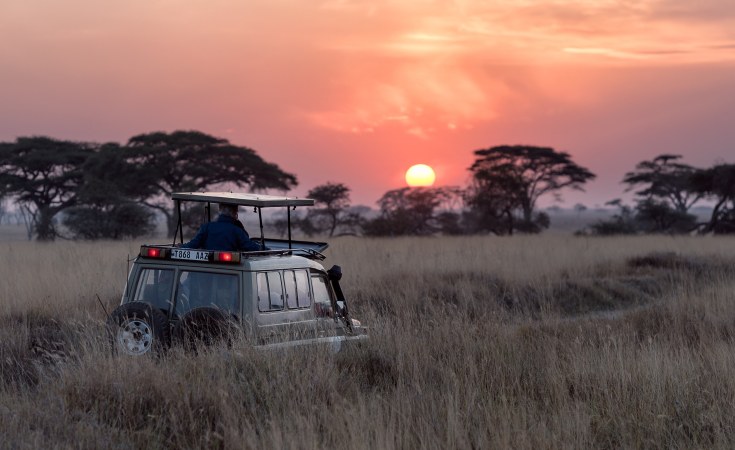 Arusha — The government has shelved a plan to enforce the newly introduced annual land base rent fees for three months as part of efforts to help the tourism industry recover, while protecting jobs and businesses in the aftermath of the Covid-19 pandemic.

Recently, the state-run conservation and tourism agency, Tanzania National Parks (Tanapa), announced the rollout of a number of new fees, key among them land base rent tariffs targeting seasonal camps, permanent tented camps and lodges located in national parks to boost its revenues.

The Tanapa document seen by this reporter indicates that seasonal camps built within national parks as from July 1, 2021 would have been obliged to pay $2,000, permanent tented camps $20,000 and lodges $50,000 annually in land base rent fees, prompting an outcry from investors.

The Natural Resources and Tourism Minister, Dr Damas Ndumbaro, who met and deliberated the various obstacles facing the industry with Tanzania Association of Tour Operators (Tato) board members and trustees led by its chairman, Mr Wilbard Chambulo, in Arusha, suspended the new fees for three months to allow the tourism industry to recover from the devastating impact of the Covid-19 pandemic, which brought the industry to its knees.

"I've decided to suspend the enforcement of the new land base rent fee for three months to give you, our investors, breathing space not only following the ripple effects of the Covid-19 pandemic, but also to allow you ample time to focus on reviving the tourism industry," Dr Ndumbaro said amid cheers from Tato officials.

He also said plans were underway to form a team of six experts, three from Tato and three from his office, to look into various issues hindering the industry in the aftermath of the Covid-19 pandemic, and propose measures aimed at restoring and reactivating the industry, while protecting jobs and businesses.

Tato CEO Sirili Akko said he prays and hopes that the land base rent fees would be scrapped altogether, as their existence would be a disincentive for prospective investors, and make Tanzania expensive as a tourism destination.

"Hopefully, the government will consider more cost cutting measures, and shelve the increment altogether to support recovery of the already ailing tourism industry amid increasingly cutthroat competition from other destinations in the region and elsewhere," Mr Akko stressed.

It is understood that the East African Community's six partner states, Tanzania included, are estimated to have lost $4.8 billion and 2.1 million jobs as the Covid-19 pandemic ravaged the multi-billion-dollar tourism industry in the region.

As a result, most countries are also now developing measures to build a more resilient tourism economy post-Covid-19. These include preparing plans to support sustainable recovery of tourism, promoting digital transition, moving to a greener tourism system, and rethinking tourism for the future.

Analysts say the survival of businesses throughout the tourism ecosystem is at risk without continued government support despite some governments having taken urgent measures to cushion the blow to tourism, minimise job losses and promote recovery in 2021 and beyond.

Meanwhile, Dr Ndumbaro commended Tato as the most credible partner which the government could rely on even in trying moments like now, after the association spearheaded a string of initiatives to promote the recovery of the tourism industry.

Dr Ndumbaro praised the association, saying its latest efforts to revive the tourism industry speaks volumes about the institution's commitment in matters of national interests.

"Frankly speaking, I'm proud of Tato as a credible organisation. I bank on you to revive tourism and sustain the industry's growth" he noted.

Indeed, Tato has partnered with the Ministry of Health in developing Covid-sample collection centres within national parks and pioneered marketing initiatives especially in North America ad Europe by engaging a destination marketing firm in its latest initiative to revive the tourism industry.

Tato developed basic health infrastructures support in key tourism circuit, which entailed among other things, having ambulances on the ground, agreement with some hospitals to be used for tourists services in case of any contingency and linking the project to the services of flying doctors, in an the effort to revive the tourism industry in order to spur other businesses, recover thousands of lost jobs and generate revenue for the economy.

More recently, Tato has managed to roll out in collaboration with the Government, the two Covid-19 specimen collection centers in central and northern Serengeti, said Mr Akko

"Fortunately, these basic efforts have somehow started paying dividends by commanding some traffic and stimulating new bookings," he explained, adding that Tato owes the UNDP a lot for its backup to support the tourism recovery and resilience initiatives.