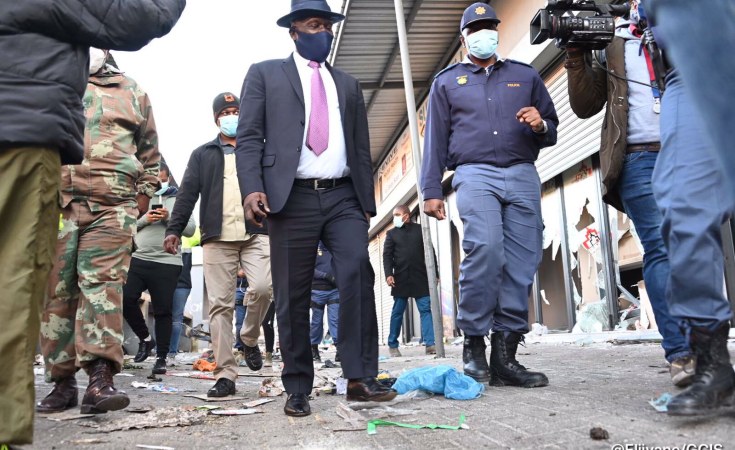 South Africa suffered an insurrection attempt this week with two provinces, KwaZulu-Natal and Gauteng, disabled and national fuel and food supply lines disrupted. It is the first such campaign organised and orchestrated on social media and shows the potency of the medium. Just over 38 million South Africans are now on the internet and 25 million of us are on social media.

More than 70 people have died, at least 1,354 people have been arrested and 12 ringleaders are being investigated for a political campaign that has spiralled out of the control of its firestarters.

The first arson "protests" at the weekend, in which 35 trucks were torched on the N3, which links Gauteng to KwaZulu-Natal and is South Africa's food and fuel route, started the darkest week of anarchy in the country's recent history. Information has now emerged that this was planned by intelligence operatives and other cadres loyal to Jacob Zuma. The former president is jailed at the Estcourt Correctional Centre for contempt of court and his loyalists want him out.

"These are people with experience of running operations," said Deputy State Security Minister Zizi Kodwa at a briefing on Wednesday. News24 reported that Zuma's leading spymaster...