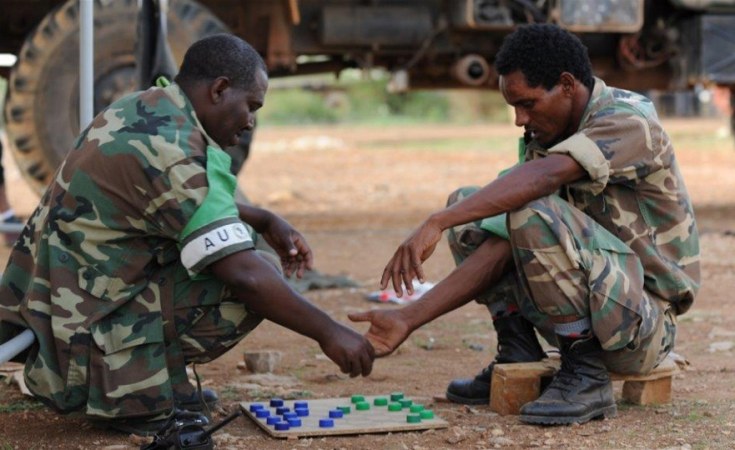 The Somali government has raised a new rift with troop contributing countries to a peacekeeping mission on its territory after it rejected proposals to modify the forces for an expanded role.

In a sweeping statement on Saturday, Somalia Government Spokesman Mohamed Moalimuu said Mogadishu had rejected in totality a report from the African Union (AU) which proposed four ways in which the African Union Mission in Somalia (Amisom) could be modified.

Moalimuu was referring to a report of the Independent Assessment Team on the African Union's Engagement in and with Somalia post-2021 which came as Amisom nears the end of its extended mandate in Somalia which is due by December 2021.

"The Somali government held an inter-ministerial meeting to discuss the report and has rejected from the outset the report's finding and recommendations and will issue a formal statement," Moalimuu said.

While Somalia could be expected to table reasons behind the rejection, the move by Mogadishu signals an apparent disagreement with the five troop contributors to Amisom -- Kenya, Djibouti, Ethiopia, Burundi and Uganda.

Earlier in the week, a technical team of experts from the five countries said they accepted the proposal to turn Amisom, which has been essentially a combat force, into a multidimensional force with a hybrid formation of AU and UN, which will work on total stabilisation of Somalia, including security, humanitarian and political rebuilding of the country.

"In the ensuing deliberations, the technical experts of the Amisom (Troop contributing Countries) TCCs observed that the containment of threats to peace and security in Somalia still existed," the technical team said in a statement after meeting in Nairobi last Sunday.

"In particular, the technical experts regretted that Somalia had become a threat to international peace and security due to chronic instability in that country, a situation that had been worsened by and nourished the existence of terroristic elements in Somalia."

The AU independent panel led by South African military officer, Maj-Gen Xolani Mankayi, proposed four options for Amisom ahead of the end of its mandate in December.

One option was to fully transition into an AU-UN multidimensional stabilisation mission deployed under Chapter 7 of the UN Charter on threats to global peace and security. The team said this will provide a "holistic approach, beyond the security and stabilisation process" which was Amisom's initial mandate from the time it was created in 2007.

"The nucleus of the security components would be constituted by the contingents currently serving in Amisom, subject to assessment of their capabilities and would be augmented as necessary to respond to the new realities such as the opening of new sectors," the report seen by the Nation says.

"The mission will be constituted with the right balance of civilian, police and military capability, including a Rapid Strike Force (RSF), and intervention brigades tailored to the specific operational requirements of the Somalia environment, established following joint AU-UN strategic assessment, planning as well as collaborative decision making, together with representatives of potential troops and police contributing countries."

The second option, the team proposed was to reconfigure Amisom into an AU multidimensional stabilisation support for Somalia, which will end the mission's role as a combat force by including a stronger political component led by AU but coordinating with UN. However, this could already face financial problems as there has been no regular source of funds beyond the UN's.

The team said this option is only possible with "predictable and sustainable" funding derived from a UNSC authorised mandate under UN assessed contributions.

The third choice is for Amisom to turn into a regional standby force, based on AU's security architecture. Traditionally, such an architecture has taken on standby forces created by regional economic blocs. This means the troop contributing countries could change to be specific from those countries who share a regional bloc with Somalia, as in the Intergovernmental Authority on Development. It means that countries in the region will have a sole duty of mobilising equipment needed to deploy such a force.

In the absence of all this, the AU team proposed that Amisom exits Somalia completely, which could take up to six months from December. It said this could be a result of broken trust between Amisom and Somalia's federal government.

Somalia's rejection of the report came as the AU team accused Mogadishu of frustrating its efforts to gather views on the future of Amisom. The federal government, the report charged, did not respond to inquiries until after the team had finalised the report which "sends a message that African Union involvement in Somalia is not welcomed by the political actors".

In general, the AU team said Amisom's role may still be needed, albeit with adjustments, given the continual lack of trust between the federal government and the federal member states.

It said Somalia's lack of stabilisation is mostly a result of wrangles in the government which has seen the country miss targets to write a new constitution, share resources and power, as well as a delayed reform of the security forces. This, in addition to Amisom's lack of capacity, threat of Al-Shabaab and the divergent interests of foreign partners, have conspired to slow down stabilisation, it said.

"Any future Amisom exit must be based on the (Somalia National Army) SNA's capacity to protect the civilian population, to engage Al-Shabaab, to protect main supply routes and secure liberated territory.

"The AU-IA team believes that a premature withdrawal of Amisom would lead to a dramatic reversal of the progress achieved in Somalia during the last 14 years. The events of 25 April 2021, which were precipitated by the political impasse between FGS and some FMS, saw militias and some SNA allied to the opposition temporarily take over parts of Mogadishu," it said, referring to a split back in April when the military took political sides as the country haggled on term extension for President Mohamed Farmaajo.