Ethiopia: War Resumes, and This Time, Even Children Are Not Spared 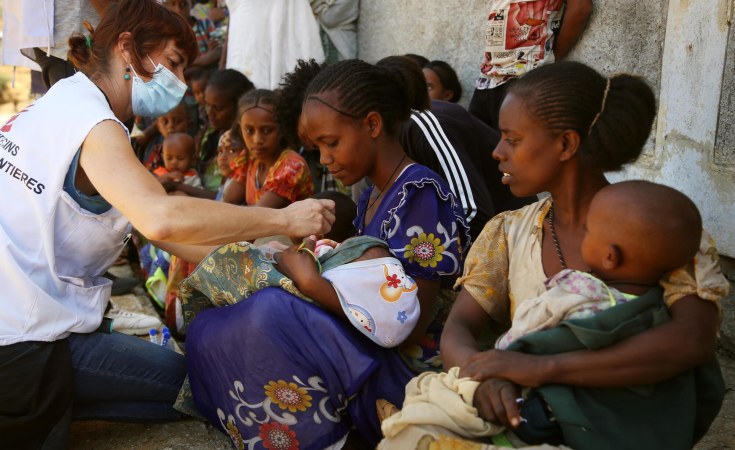 Ethiopia's unilateral ceasefire in the war in Tigray has all but broken down after Amhara militia allied to the national defence forces engaged with fighters from the troubled north region.

But away from the frontlines, both the Ethiopian government and the Tigrayan forces accuse each other of using child soldiers.

But Getachew Reda, senior advisor to the leader of Tigray People's Liberation Front Debretsion Gebremichael, instead accused the Amhara militia of attacking children. Tigray and Amhara have had a long running conflict.

"I am in Alamata now after the routing of Abiy Ahmed and Agegnehu Teshager's child-killing armies," Reda tweeted, accusing the leader of Amhara and the Ethiopian PM of authorising attacks on children. "The real measure of the Amhara special forces was revealed for what it is: Empty bravado. We will see what stories Abiy and his lapdog will tell your supporters."

The clashes came as Prime Minister Abiy vowed on Wednesday to "repel" any fresh offensives, saying "the government will do whatever is necessary to defend these attacks being carried out by our internal and external enemies."

However, it is not clear which external enemies he was referring to though Egypt and Sudan are seen as potential threats to security over Ethiopia's controversial Grand Renaissance Dam.

PM Abiy made the statement one day after the Tigray Defence Forces took control of Korem, Alamata cities and the entire Raya zone in southern Tigray bordering the Amhara region.

"Although the Ethiopian government remained committed to peace even if it came at a 'cost', these latest attacks would not go unanswered," PM Abiy said.

Two weeks after Abiy declared a unilateral ceasefire, the new fighting looks like pitting of regional militias against Tigray. Amhara militia, who had allied with the Ethiopia National Defence Forces had helped beat back Tigray earlier in the year, taking up territory.

But the group also represents an age-old conflict between Tigray and Amhara, going as far back to the last century based on imperial rivalry.

The Tigrayan forces regained Alamata, the biggest city in the disputed territories of south Tigray, with no resistance after a large Amhara militia unit withdrew from the city south of Korem.

Korem and Alamata were under control of Amhara special and militia forces.

That TDF is further advancing toward the Amhara region to retake disputed towns such as Wolkait Tegede and Setit Humera, may indicate an imminent long-running clash between the two neighbouring states that have dominated Ethiopian politics for centuries.

It was unclear how far the Ethiopian federal government under Abiy would go to tame the warring militias allied to it, especially given that they have their own local political scores to settle. In fact, PM Abiy is now under pressure from the Amhara regional government and Amhara political parties to take action.

After the latest developments in Raya zone such as the recapture of Korem and Alamata, towns claimed by the Amhara, several Amhara elites are saying that the Amhara people are being betrayed by PM Abiy's administration.

Metta-Alem Sinishaw, a political analyst says the resumption of conflict marks the nationalisation and internalisation of the Ethiopian elite conflict.

"The conflict is not longer TPLF versus Abiy or TPLF versus Amhara. This will have serious political implications far beyond the military campaign," he said.