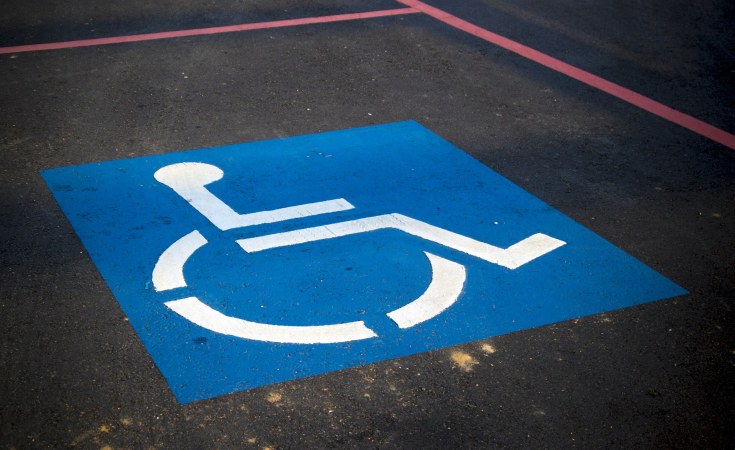 Four months after the enactment of the landmark Persons with Disability Equity Act of 2021, the real work has begun in earnest to ensure persons with disabilities fully enjoy their rights, the Minister of Social Development, ‘Matebatso Doti has said.

A disability grant for persons with disabilities will be introduced beginning September this year. So far, the Social Development Ministry disability has started liaising with government ministries, departments and other stakeholders to mainstream disability issues into government programmes, Ms Doti said.

But as various stakeholders including the Lesotho National Federation of Organisations of the Disabled (LNFOD) acknowledge, the road ahead is long and so much more needs to be done before people with disabilities can fully enjoy their rights alongside their able-bodied counterparts.

LNFOD says while the passage of the Act was a major victory in itself, the focus must now shift away from speeches filled with good intentions to mainstreaming disability issues in all government and national programmes.

In particular, the Ministry and Education and Training as well as schools must now revise their curriculum to incorporate braille and sign language among others to ensure that learners with visual impairments and those who are deaf and mute can also access learning services alongside their able-bodied counterparts.

What the Act provides

Enacted in March 2021, the Persons with Disability Equity Act provides for an array of legal rights for persons with disabilities. These include rights of physical access, access to services including health, education and the creation of the Disability Advisory Council.

It also introduces among others, the disability advisory council whose main function is to advise of how different stakeholders should make adjustments and modifications in ensuring that people living with disabilities enjoy their rights.

He said by enacting the law, Lesotho has also domesticated the United Nations Conventions on the Rights of Persons with Disabilities (UNCRPD), which it ratified in 2008.

“The domestication of this treaty which recognises and protects the rights of people living with disabilities has not only brought the long-lost hope to the community in Lesotho but is a life-changing milestone which calls for huge celebration by all.”

Advocate Sefuthi attributed the eventual promulgation of the disability law to great advocacy by organisations representing people living with disability and other local and international partners such as the International Commission of Jurists, the National Human Rights Non- Governmental Organisation, the media houses and the Ministry of Social Development.

He said their input ensured that the provisions of the Act benefit persons living with disability in line with human rights standards prescribed under the UNCRPD and chapter 1 and 2 of Lesotho’s Constitution.

“Also found in the Act is the provision relating to the establishment of the public fund for disability. This shall be necessary for financing projects empowering the disabled community and the provision introducing the disability grant and the care dependency grant which shall mitigate the disability related costs suffered by its recipients. In terms of this Act, people with disabilities have a right to choose their residential area and the forced institutionalisation is prohibited,” Adv Sefuthi said.

What is being done

Ms Doti said the grants to help cushion them against the economic challenges currently being experienced in the country.

She said the grants will initially be disbursed as a pilot project in five districts and should this be successful; they will be extended to the rest of the country.

She said the qualifying criteria would be drawn up in collaboration with the Ministry of Health to ensure that only deserving people benefitted from the grants.  She could not be drawn into saying what criteria would be sued to determine eligibility and how much each person would get.

“We have also secured funds from our development partners and starting this September, persons with disabilities will receive disability grants.

In addition to the disability grants, Ms Doti said they had begun mainstreaming disability issues into government programmes.

She said they were actively engaging various government ministries to ensure they fully catered for the rights and welfare of persons with disabilities in all their programmes.

“With regards to the Ministry of Education and Training, we are pushing them to ensure that sign language and braille are incorporated into the curriculum to ensure that the deaf and the visually impaired can learn without any challenges.

“We also want to ensure that school facilities and construction projects undertaken by the Ministry of Public Works are specifically designed to cater for the needs of persons with disabilities. This means there must be ramps to ensure buildings are easily accessible to people with disabilities.

“We are also liaising with the Ministry of Public Service to ensure there is no discrimination against persons with disabilities when it comes to employment opportunities. They should also be considered as they are just as capable as anyone else. The Ministry of Gender, Youth, Sports and Recreation should cater for people with disabilities in all their sporting activities.

“My ministry is pleased that the Disability Equity Act which we championed for a long time was finally passed this year. People with disabilities had been side-lined for the longest time as there was no law to protect their rights,” Ms Doti said.

The work that lies ahead

But for LNFOD, the initial euphoria surrounding the passage of the Act has died down.

In its place is the sobering reality of the work that must be done to ensure that persons with disabilities finally get to fully enjoy their rights, LNFOD Inclusive Education Officer, Puleng Mosili, says.

In particular, Ms Mosili wants to see less talk and more action to see action to address the challenges faced by learners with disabilities.

There has to be political will to deal with the huge obstacles preventing learners with disabilities from fully accessing education like their able-bodied counterparts.

Such obstacles include a shortage of expert teachers on special needs, learning resources and aids, poorly designed physical infrastructure which prevents learners with disabilities from accessing places of learning.

Schools and other learning facilities must also be redesigned to include ramps and other infrastructure which allows the buildings to be easily accessible to persons with physical disabilities, Ms Mosili says.

“Ours is not a call for children with disabilities to be treated as fragile beings. We are saying that there are several issues that have to be taken into consideration to achieve equity in learning,” she says.

“For example, what mode of transport do they use to and from school? Does it allow them to be in class on time? Do they have to cross rivers, hills, dongas and other geographical landforms to get to school?

“What kind of disability does a child have? What kind of learning resources does the child with that particular disability require? Do they need braille, hearing aids or spectacles?”

But before the obstacles can be addressed, attitudinal barriers or societal biases, misconceptions and stereotypes have to be addressed, Ms Mosili says.

“It’s one thing to pass the best thought out law and another to change societal perceptions and prejudices that have been ingrained in the minds through religion, tradition and cultural beliefs.

“Some parents think their children’s disability is the result of their failure to perform certain cultural rituals to appease the ancestors on their behalf.

“Disability comes with a lot of stigma and discrimination. So, it is in the societies and communities where the stigma, discrimination and consequently the violation of the rights of persons with disabilities begins. Teachers are members of communities and so are able-bodied learners. Naturally, they carry the values of their communities- meaning they carry the prejudices and biases of their communities against persons with disabilities. Before you train special education teachers, before you have inclusive education, before providing learning resources and conducive infrastructure, you need to address the societal values and prejudices that have spawned the stigmatisation of discrimination against persons with disabilities,” Ms Mosili says. (See story titled: “Disability took me out of the classroom, buried my dreams”).