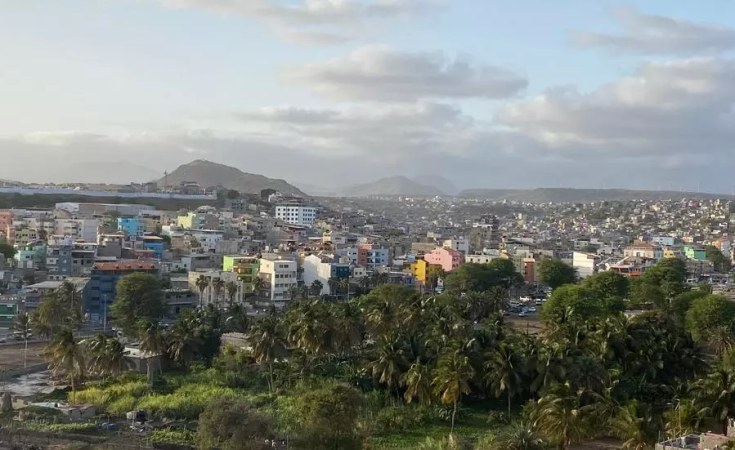 NEWS has broken in the past week about the involvement of Colombian mercenaries, trained by the United States, being at the heart of the assassination of Haitian President, Jovenel Moïse.

The fact that those instrumental in the brazen killing of a legitimately elected leader of a sovereign state are all foreigners and most, if not all, were at some point trained by the US in causing significant concern throughout the Caribbean region and in South America.

Recent events in Cuba, Haiti, Nicaragua and even Venezuela (where an attempted coup led by foreign mercenaries was foiled earlier this year) are setting off alarm bells.

Many are questioning if we are about to see a return to the turmoil of the 1970s and 1980s which witnessed civil wars across Central and South America as well as the Caribbean with foreign actors playing a major role either directly or at a minimum by way of providing weaponry and intelligence support.

The role of external forces in fomenting street protests in Cuba, Nicaragua and Venezuela has been the subject of intensive social media activity.

Many are comparing recent developments with the grim dark days of Operation Condor which was a US-backed campaign of political repression and state terror involving intelligence operations and assassination of opponents.

Several then right-wing dictatorships of South America officially and formally implemented it in November 1975.

Some estimates are that at least 60 000 deaths can be attributed to Condor, roughly 30 000 of these in Argentina.

American political scientist J. Patrice McSherry mentions in a 2009 source that of those who were “kidnapped, tortured and killed in allied countries or illegally transferred to their home countries to be executed… hundreds, or thousands, of such persons—the number still has not been finally determined—were abducted, tortured, and murdered in Condor operations.”

Although it was described as “a cooperative effort by the intelligence/security services of several South American countries to combat terrorism and subversion,” guerrillas were used as an excuse, as they were never substantial enough to control territory, gain material support by any foreign power, or otherwise threaten national security.”

With this background, recent events in the West African archipelago-state of Cape Verde should also be setting alarm bells. The past year has seen the pursuit, via politically motivated judicial overreach, of Venezuela’s leadership by the US spill over into this small collection of ten islands.

At the heart of the ongoing legal fight is the Venezuelan diplomat Alex Saab who was detained in Cape Verde whilst undertaking a humanitarian Special Mission to purchase food and medicines from Iran on 12 June 2020.

His aircraft had only stopped to refuel.

Many will never have heard of the Republic of Cape Verde, a former Portuguese colony which gained independence in 1975, let alone find it on a map of the world.

Cape Verde has the distinction of being the closest part of the African continent to South America.

It is a short four-hour flight from the tip of Brazil. This has made Cape Verde the perfect stop, according to “The Spectator” and “The Daily Telegraph” both leading respected publications from the United Kingdom, for the narco-traffic from Brazil.

“The Daily Telegraph” quoted a local rap star as saying, “Cape Verde is the World Trade Centre of cocaine and buying drugs here is easier than buying water.”

The narco-trade has a close and symbiotic relationship with narco-funds.

This relationship creates large quantities of money which needs to be laundered and here again, as a recent report by Pangea Risk reported, Cape Verde has indicated its willingness to assist.

Concerns are said to be growing in the European Union, led by the former colonial power Portugal, about the weakness of compliance systems and, given the disproportional impact of narco-funds on the Cape Verde banking system, the willingness of local banks and the political eliteto look the other way.

So, a small island state with absolutely no natural resources of its own, desperately trying to compete with global powerhouses in the “Idyllic Islands of the World” tourist trade has shown its willingness to be the “go-to” partner for a newly strident Superpower looking for an African outpost from which to counter Chinese and Russian influence in the continent.

“Last year the Cape Verde Constitutional Court ruled against the construction of a US military base. Undaunted by this setback, Prime Minister Ulisses Correia has recently announced “subject to details to be worked out” that the embassy complex of the United States will undergo a “massive expansion” valued at over $400 million and promising to “directly inject $100 million into the Cape Verde economy”.

Just to place that in context, $400 million would represent an improbable 20% of the GDP of Cape Verde.

Little wonder then that the expansion is described as “massive”. Locals have also been left wondering quite how the “direct injection into the Cape Verde economy” will take place as no local firm has the specialist expertise nor security clearance to handle a contract of the type.

No doubt the local champions of the project will find a way.

This sudden interest in Cape Verde is not justified by business flows, not by tourist numbers – in fact no plausible explanation for the project has been voiced by Ulisses Correia.

The only rational explanation for the “massive expansion” is that it will be an embassy complex in name only as in reality it will be the very military base that the Constitutional Court declared illegal in 2020.

A military base, supposedly, from which to conduct significant monitoring on sea traffic exiting the Mediterranean Sea and either heading towards South America or south along the West Coast of Africa.

Either way, seafarers will have to pass-by the ten islands of
Cape Verde.

There is of course another use of such a “massive expansion” and that is to keep a close watch on potential hostile (to US interests) activity of African states, starting with the 14 other members of the Economic Community of West African States (ECOWAS), whose fifteenth member is Cape Verde.

It would be the perfect place from which, given that Cape Verde isseveral hundred kilometres from the nearest African mainland (Senegal), from where to train those who would carry conduct the political will of the United States.

Out of sight and out of mind but all the time supported by a compliant and pliant political elite which has no regard for the long-term impact on its small population of the arrival of young, armed military personnel.

Do the Cape Verde people know how desperate the islanders of Okinawa are to get rid of their wanted guests? Are they aware how happy the locals in the Philippines were once the lurid night clubs and seediness associated with two large military bases closed as the bases themselves were abandoned?

Ulisses Correia and his political associates are destroying the hard-earned reputation of their country, but it seems there is no end to how far they will go, egged on by the illusion of economic salvation, to destroy the moral and social fabric of their island nation in pursuit of
personal glory.