Kenya: Hope at Last As Distribution of HIV Drugs Begins 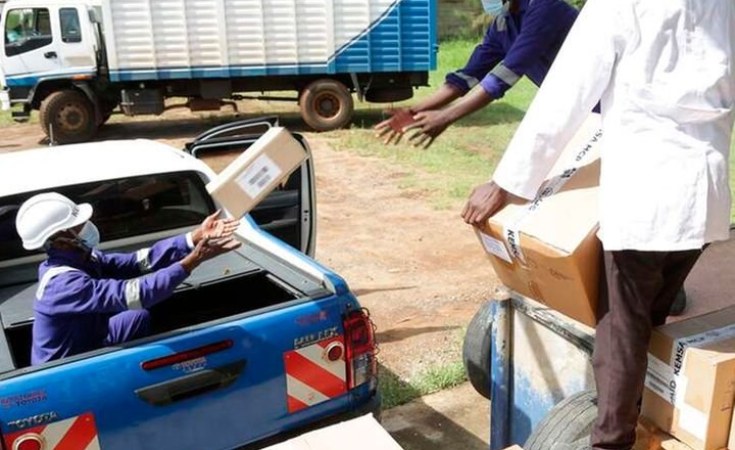 Kenyans who have desperately been waiting for lifesaving antiretroviral drugs can breathe a sigh of relief as distribution began on Wednesday.

For eight months, the crucial drugs were stuck at the Mombasa port over a ludicrous distribution row between the Ministry of Health and the United States government that should never have arisen in the first place.

At grave risk were 1.5 million people living with HIV, who were caught in a mindless game that could have resulted in deadly consequences.

If the two governments do not agree on who will handle the distribution in future, there might be a recurrence of the problem.

The donor was against the Kenya Medical Supplies Agency distributing the drugs while the government, on the other hand, was uncomfortable with the third party delivering the medicine to its people.

It's not difficult to see why the donor has no faith in Kemsa. The government agency has lately been embroiled in mega corruption allegations with billions of shillings reportedly stolen. Little progress has been made in pursuing the suspects to recover the funds.

Both parties have settled on the Mission for Essential Drugs and Supplies (Meds), a faith-based agency, to do the distribution. Meds has distinguished itself for promoting healthy lives among those infected with HIV.

"In the interim, the Meds will be facilitating the distribution on behalf of USAid and the Kemsa," said Mr Eric Watnik, Chargé d'Affaires, of the US Embassy in Nairobi.

He said the current deliveries are possible following negotiations between the two governments. They are, however, working together to prevent any future delays in the importation, warehousing, and delivery of antiretrovirals and other medical supplies.

The two governments are committed to finding a long-term solution for continued shipments of US-donated health commodities, including developing systems that will provide better accountability.

"The United States and Kenya will collaborate on how to improve and strengthen Kenya's public health supply chain and implement robust internal and external controls so that all Kenyans continue to receive life-saving medications with dependability and transparency," said Mr Watnik.

It's encouraging to hear that the two governments have now reached a compromise to unlock the impasse after months of suffering.

With the dispute finally resolved, it is now up to the health authorities to hasten the delivery of the medicines to patients.