Gambia's Gina Bass, the 'Poor Olympian' Sprinter, Goes for the Gold in Tokyo 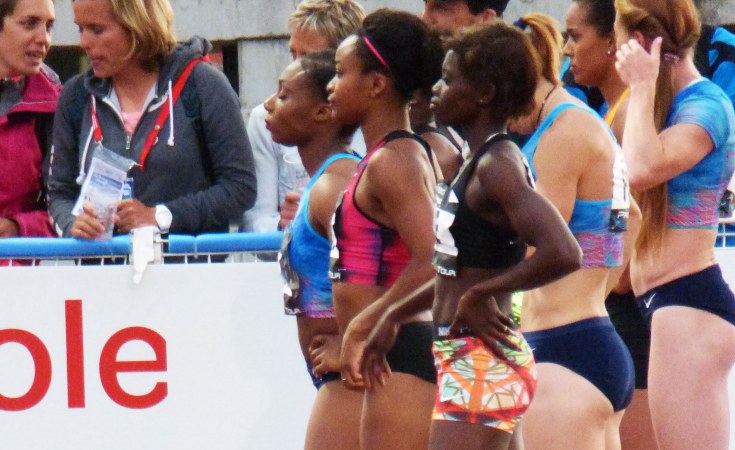 Gambia's track queen Gina Bass, aka the "poor Olympian", is one of four athletes all set for this year's Tokyo Olympic Games as she aims to win a medal for the Gambia in the 200 metres.

It's been a hard road to the Olympic games, but of late, Bass has had a series of successes despite other challenges.

Training has been a major challenge for sprinter Bass due to the Covid-19 restrictions. She had to spend most of her time at the country's independent stadium to work towards her Olympic dreams, even though it wasn't a standard training facility.

And this is in part where she earned the moniker the "poor Olympian"--she was given this name when she returned from the Rio games in 2016 as she struggled and continues to struggle to get enough money to even use public transport to go training.

Another great performance for Gina Bass as she finished 2nd clocking 11:30sec at the 12th edition of the Montreuil Meeting in France Bass finished second behind Marie Josee Talou, the sprinter she beat in 2019 at the African Games 200m event. Congratulations Gina#gambia4gold pic.twitter.com/3SOGS8Hm2l - Gambia National Olympic Committee (@GambiaOlympic) June 1, 2021

"Beating Talou was a stepping stone for me," says Bass, adding, "It's a plus for me and am really happy for that but this is sports I have to work harder."

Bass made her Olympic debut in 2016 at the Rio games where she competed in the 100 and 200 meter finals.

This time she is determined to win a medal and perhaps she will gain the attention of government and partners to sponsor her activities. She said she received little support from Gambia's government and urges more.

The Gambia government has approved US$112,000, or 5.6 million dalasi, requested by the National Olympic committee (NOC), but that's not enough for all the athletes competing in Tokyo and the Gambian delegation.

Youth and Sports Minister Bakary Badjie says it is unfortunate that even after Tokyo games Bass will still be called the poor Olympian.

"I think she will be called the same thing in reality, not the best thing but that's the reality of this country," says Badjie.

"The fact is, governments don't make athletes rich, and I tried to make people understand in the past when they come up with this argument," he adds.

Football vs other sports

The Gambia government has been widely criticized for not supporting other sports like football. Meanwhile, there have been allegations that the Gambia national Olympic committee has been treating athletes unfairly.

Committee President Alhagie Dodou Capi denies these allegations and said they have been carrying the bulk of responsibilities that should have been provided by the government.

"At the moment the government didn't give us any money but we are not going to sit down and wait on them. In the past the government has not been giving us anything that's why we've started all the arrangements ourselves," says Capi.

It has been a disappointing month for sprinter Adama Jammeh, Gambia's captain and NOC representative, who was at the Rio games but couldn't secure a spot at Tokyo.

In June, the national football team rejected 11 million dalasis from the president, because they believed it was not enough motivation for getting the country to the continental tournament for the first time in history.

As for Bass, she has flown the Gambian flag at global tournaments but has never seen any sort of support like this in her bid to get the country a medal at the Tokyo games.