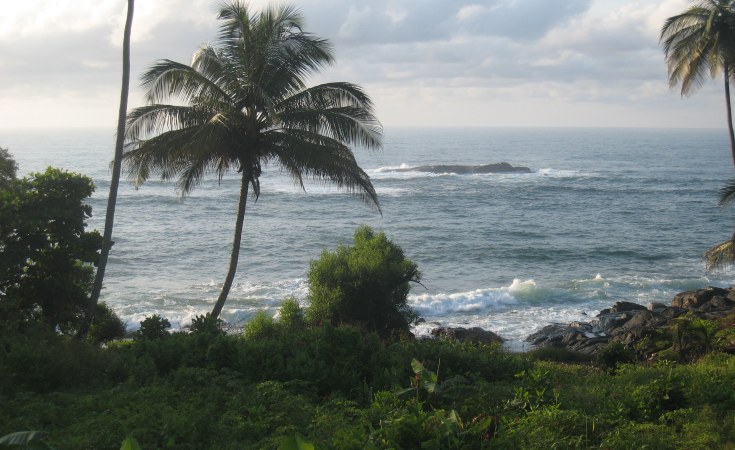 When the locally made vessel, NIKO IVANKA sailed from Monrovia as early as 6:am on July 17, to the port city of Harper, little did many of its passengers onboard know that they were taking a dangerous risk on a non-seaworthy vessel.

But by 3:51 pm on that day, a distress call came to the Liberia Authority from the Coast Guard and other marine related institutions that the vessel was sinking. By that, the 'black deal' which was once a secret, became exposed. Its Swedish captain, only identified as Jack, along with Chinese national Chen Feing Gui on the technical side, could not do much, but to struggle for survival. Nine persons on the crew list and nine personnel of the West African Examination Council (WAEC) Monrovia Office were onboard as passengers.

According to LMA boss, Eugene Nangbe those rescued told them that there were about 28 people on board, leaving 17 missing.

"For now, our concern is a search and rescue mission," Nangbe said. "My focus is the lives of those people missing."

The ship was granted permission to sail on Liberian waters in May this year, but was not licensed as a passenger carrier.

After it was discovered that there were some safety risk, they placed a no sail order on it; meaning that it could not leave until all safety procedures were put into place; which they failed to do.

Eighteen people had on the ship's official manifest, 11 of whom had been rescued during a 36-hour search, commissioner Eugene Nangbe told reporters early Monday.

As of late Monday, 12 persons have been rescued, according to LMA official site.

Nangbe stressed that the Maritime Authority along with all of the relevant entities, including the Ministry of Justice, are commissioning an investigation into how a vessel that was detain

ed because of failure to meet rudimentary safety requirements, managed to get on the sea with passengers and cargo.

"So in the coming days, investigation will establish how many people were on board."

It was not clear how or why the ship was able to leave the harbor or whether it was carrying any cargo at the time. The vessel's owner, a Chinese national, was arrested on Sunday afternoon, Nangbe said.

Among those listed on the manifest were a Swedish captain, a Chinese crew member, and nine members of West Africa's regional school examinations body.

What is also unclear is how much money was paid to those who granted permission to the vessel and who authorized them.

This, the Commissioner General said will be investigated and anyone found guilty, will be prosecuted.

Next Story
Tagged:
Copyright © 2021 The New Republic Liberia. All rights reserved. Distributed by AllAfrica Global Media (allAfrica.com). To contact the copyright holder directly for corrections — or for permission to republish or make other authorized use of this material, click here.