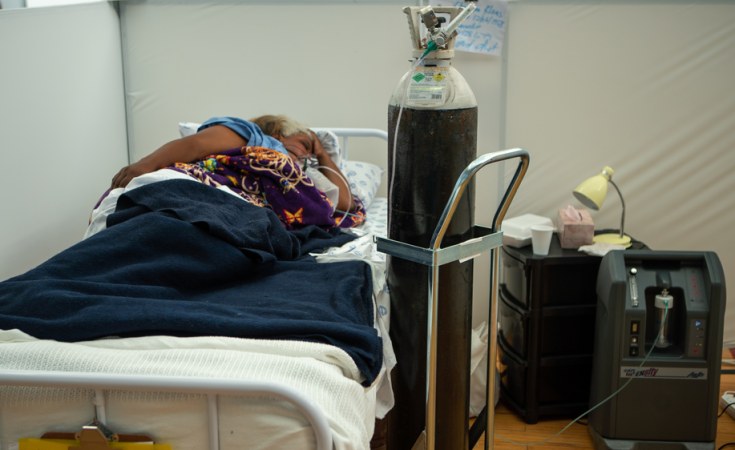 Massive desolation continues to engulf populations of at least 10 African countries for a fifth week running, in the wake of poor medical responses and a biting oxygen shortage.

WHO regional director for Africa Matshidiso Moeti said that hospital admissions for severely ill Covid-19 patients had reached unprecedented levels in about 10 countries; at least six countries were facing shortages in intensive care unit beds and medical oxygen even though their supply had increased to 50 percent higher than at the same time in 2020, leading to preventable deaths.

In just one week, Covid-19 related deaths had surged by 43 percent driven by a lack of proper therapeutics and oxygen. Deaths increased to 6,273 in the week ending July 11 from 4,384 deaths the previous week.

Uganda, Zambia, Namibia, South Africa and Tunisia accounted for 83 percent of the new deaths recorded in the past week in the backdrop of what Dr Moeti described as a consistent upward trend in countries with sharp increases particularly in Algeria, Malawi, Senegal and Zimbabwe.

Concern is also growing that the violence in South Africa will hamper social distancing measures as well as vaccination exercises. The continent's case fatality rate, which is the proportion of deaths among confirmed cases, currently stands at 2.6 percent against the global average of 2.2 percent.

Covid-19 cases have risen for eight straight weeks, topping six million on July 13. Over the past month, Africa recorded an additional one million cases.

According to Dr Moeti, this is the shortest time it's taken so far to add one million cases. Comparatively, before May, it took around three months to move from four million to five million cases. This is the fastest surge the continent has seen.

WHO said that in six countries facing a resurgence, just 27 percent of the medical oxygen needed was available.

"Deaths have climbed steeply for the past five weeks. This is a clear warning sign that hospitals in the most impacted countries are reaching a breaking point," said Dr Moeti adding, "The number one priority for African countries is boosting oxygen production to give critically ill patients a fighting chance."

WHO said it had found insufficient quantity, disrepair or poor maintenance of oxygen production plants as well as challenges in distribution, scarcity of cylinders, personnel or technical skills as the main barriers to adequate medical oxygen supply in Africa.