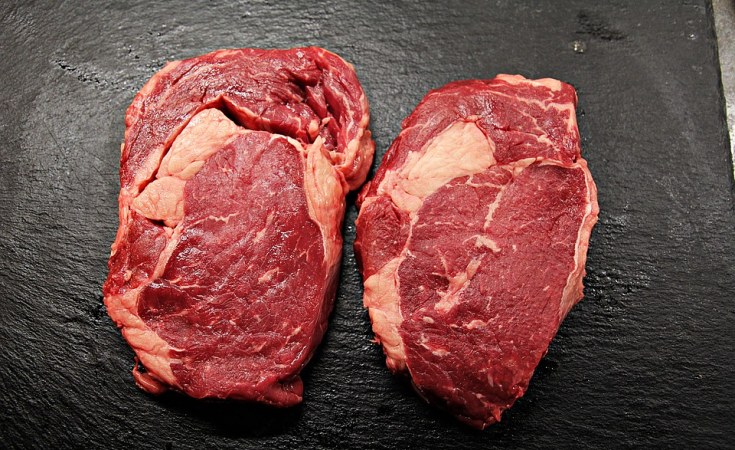 Three men reportedly found in possesion of 1,500 kilograms of Zebra meat at a butchery in Burma market, Nairobi, have been charged at Kibera law courts with dealing with wildlife species.

They are Onesmus Thyaka Munyao, Sammy Oyaro and Francis Kimani.

The trio is accused of contravening the Wildlife conservation and management Act of 2013 for dealing with bush meat without consent from the Kenya Wildlife Service.

Their employer Antony Njeru was however not arraigned and prosecution counsel Robert Ogalo told resident magistrate William Tulel that he was not aware why the trader was not in court.

The three suspects were reportedly found chopping 200 kilos of the meat when the KWS and officers from Shaurimoyo police station stormed the butchery.

They allegedly had 800 kilograms stored in two deep freezers and several buckets.

Five knives they were reportedly using to chop the meat were also recovered together with a weighing scale.

The items are with the KWS awaiting to be presented as evidence during the trial.

Kimani is also facing charges of preparing food in unsanitary conditions contrary to the foods, drugs, and chemicals Act where he is accused of handling bush meat without consent.

KWS presented the meat in court as exhibit in case the suspects pleaded guilty to the charges.

But they denied the charges and pleaded for lenient bond terms claiming they are casual employees earning meagre income and their families are entirely dependent on them.

But Ongalo told the court to consider the attendant penalties for the offence while setting bail and bond terms.

The prosecution counsel said tourism is a major revenue earner for the state and the suspects' activities were a threat to the same.

Previous Story
Goats Everywhere in Turkana but Why Does a Kilo of Meat Go for Sh800?
Next Story
Rise in Illegal Game Meat Trade Threatening Smaller Animals

Goats Everywhere in Turkana but Why Does a Kilo of Meat Go for Sh800?