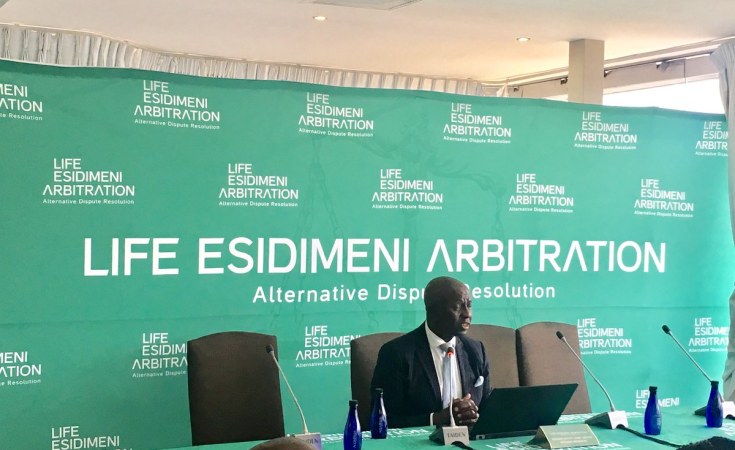 A formal inquest into the deaths of Life Esidimeni patients with mental health problems started in the Pretoria High Court on Monday.

It will determine if Gauteng health officials could be criminally liable for the deaths.

In a previous arbitration process government conceded that the deaths were caused unlawfully and negligently by government employees, said SECTION27.

About 30 witnesses will be called and the inquest is expected to run until Friday.

Five years later, a formal inquest into the deaths of Life Esidimeni patients started in the Pretoria High Court on Monday. The inquest will establish to what extent officials are culpable for the deaths of the 144 people who died after the Gauteng Department of Health terminated its contract with the Life Esidimeni facility in 2016 and removed over 2,000 patients from its care.

Advocate Adila Hassim for SECTION27, which is representing 44 families, told presiding Judge Mnonoa Teffo in an opening address: "Inquests are not criminal trials. They are inquisitorial in nature and the main purpose of the proceedings is to uncover the truth about what happened to the deceased ... All this court is required to determine at this stage is whether prima facie there is evidence before it upon which a reasonable person might convict a person of an offence arising from some or all of the deaths of the named deceased."

Hassim highlighted findings made by former Deputy Chief Justice Dikgang Moseneke when he had facilitated an Alternative Dispute Resolution between the government and the families of the deceased as well as survivors in 2017. "The deaths that occurred were 'not natural but caused unlawfully and negligently' by the employees of the Government. Importantly, the government conceded this in the Arbitration," said Hassim.

"Acting in concert, the officials of the Gauteng Department of Health (GPDoH) acted in a manner that unlawfully and negligently led to the deaths. They were aware of the consequences that would follow because they were told so by the Clinical Heads of Gauteng Specialised Psychiatric Hospitals and Academic Departments and the SA Society of Psychiatrists before the transfer of patients even began. They chose to ignore the warning," said Hassim.

"We will submit that the evidence led in these proceedings, together with the evidence collected during the arbitration, and the findings of Justice Moseneke will establish a prima facie case against officials in the GPDoH and the owners of at least two NGOs - Ethel Ncube (Precious Angels) and Dorothy Franks (Anchor)."

Among the charges they could face are homicide, assault with the intention to do grievous bodily harm, and contravention of the Mental Health Care Act.

"The ultimate decision, whether to prosecute or not, will rest with the National Director of Public Prosecutions," said Hassim.

At least 30 witnesses are expected to testify.

The first witness to take the stand was Cassey Chambers of the South African Depression and Anxiety Group (SADAG).

Chambers told Judge Teffo they received multiple calls from family members who were concerned about the NGOs where their loved ones would be placed. SADAG even filed an urgent application to stop the transfer, but it was opposed by the Gauteng Health Department.

Chambers said that after the transfer, SADAG received reports and pictures from families of patients being abused, neglected and starved.

"These were patients who were doing well in a facility and thriving. Once being moved to an NGO that couldn't take care of them, they starved, relapsed, had seizures, and died from dehydration," Chambers told the judge.

Chambers said that after further inquiries into the conditions of patients, they were told by the NGOs that they were "asking too many questions". They were denied further access to premises and no longer received communication about the condition of patients.

But Advocate Lawrence Hodes, representing the former Health MEC, said in his opening address that Mahlangu was not personally responsible for the deaths. "She acted on the advice of the medical specialists and doctors involved. [T]he decision had been taken by the [Gauteng Premier] David Makhuru, not her, to implement the process," he told Judge Teffo.

The inquest is expected to run until Friday.