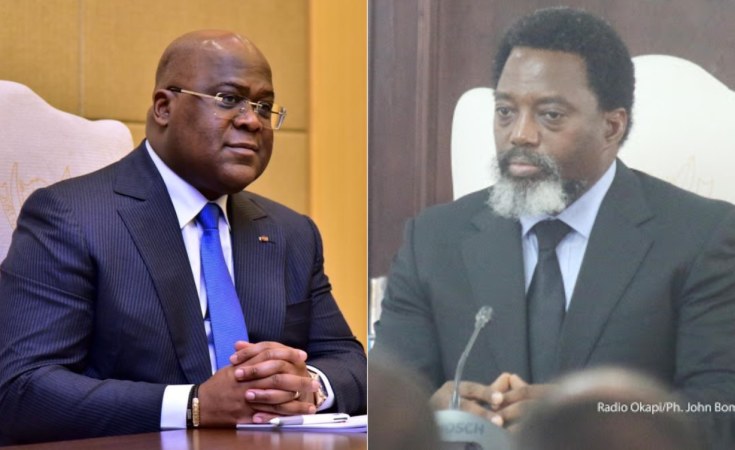 In the Democratic Republic of Congo, opaque dealmaking facilitated the transfer of power from Joseph Kabila to Felix Tshisekedi. It is not too early for policymakers to encourage a more democratic process in 2023.

With international attention divided among political and security crises in the Sahel and the Horn, the ailing giant at the center of the African continent often seems to fly under the radar. But political developments in the Democratic Republic of Congo (DRC) merit more attention, as the stage is being set for the country's next round of elections.

Back in 2019, the international community acquiesced to undemocratic dealmaking that preempted the will of Congolese voters and brought current President Felix Tshisekedi to power. The rationale for that decision revolved around the idea that it was the only way to keep the peace and make even a modest pivot away from the toxicity of Tshisekedi's predecessor, Joseph Kabila, and his political allies.

Among those who supported this decision, optimists hoped that a transfer of power, even one cooked up in backrooms rather than at the ballot box, might create space for reforms that could enable a more legitimate democratic exercise at some point in the future. While there is no doubt that Tshisekedi has exceeded expectations in his efforts to push the Kabila camp to the political sidelines, recent developments raise real questions about whether these political developments will lead to more democratic and accountable governance.

President Tshisekedi, who has been extremely clear about his intention to seek a second term, has been more ambiguous about whether elections slated for December 2023 will occur on time. Meanwhile, a close ally of President Tshisekedi is supporting legislation aimed at disqualifying a politically potent potential contender for the presidency by banning candidates whose parents were not both Congolese.

But the politics of exclusion seem unlikely to move a vast, diverse country like the Democratic Republic of Congo in a more stable or unified direction. Likewise, widespread consensus had existed about the need to reform the electoral commission, an institution that has lacked both integrity and independence. But the anemic proposal adopted earlier this month has not inspired confidence, boding ill for the future.

One of the common critiques of U.S. efforts to bolster democratic governance worldwide is the charge that policymakers focus on these issues only at election time, failing to sustain attention to the institutional infrastructure of accountable governance between electoral cycles. Another recurring criticism relates to the tendency to fixate on individual personalities rather than systems.

In the case of the DRC, both flaws may be on display. In addition to focusing on curtailing corruption and strengthening institutions, it is not too soon to be concerned about the next electoral cycle, because the parameters of the possible are being set now. Likewise, the fact that Kabila is no longer at center stage does not mean that governance in the country is destined to become more effective or accountable. In the Democratic Republic of the Congo, the stakes--for the country's 90 million people and for the broader region subject to the gravitational pull of its security and humanitarian crises--are too high to allow international attention to wander.

This publication is part of the Diamonstein-Spielvogel Project on the Future of Democracy.

Déjà Vu - the DRC's Perpetual Cycles of Hope and Despair

Next Story
Tagged:
Copyright © 2021 Council on Foreign Relations. All rights reserved. Distributed by AllAfrica Global Media (allAfrica.com). To contact the copyright holder directly for corrections — or for permission to republish or make other authorized use of this material, click here.