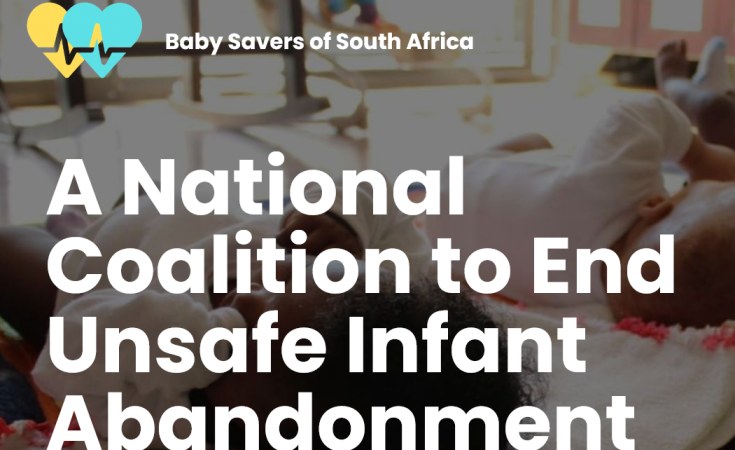 In South Africa it is against the law to abandon a child - specifically an infant, in such a way that the baby is likely to die. But people are rarely prosecuted for this crime. This is usually because the perpetrator - often the mother - cannot be located. When found, individuals are usually charged with murder.

Quantifying the number of infants who die as a result of abandonment proves challenging, this according to a National Child Homicide Study that found it difficult to distinguish between the different causes of death during infancy. This study found that, in 2009, more than half of the 454 under-five victims of child homicide in the country were killed in the first month of life. Abandonment accounted for 84.9% of these deaths.

Babies are commonly abandoned in places such as open fields, dustbins and pit latrines. It is this type of exposure that leads to their deaths.

The National Adoption Coalition of South Africa estimated that, in 2010, 3,500 babies were abandoned unsafely. In 2020, out of a total of 83 infants found unsafely abandoned, only 34 were found alive and the other 49 were found dead. These are from cases that were reported in the news; the majority of cases go unreported. These numbers may seem significantly lower than those in 2010 but it must be borne in mind that in 2010 a study was done to determine the rate of infant abandonment. Currently in South Africa, no official statistics on the rate of infant abandonment exist. More recently, in 2021, through an informal gathering of news reports between the months of January and July, a total of 43 infants were unsafely abandoned and only 23 of them were found alive.

My doctoral research looked at the need for "baby savers" - safe places to leave babies - and for laws supporting them to be implemented in South Africa. What my research illustrates is that the current South African laws punish the crime of abandonment, but the law fails to provide a safe alternative that will prevent the act. Laws that encourage prevention will save the lives of infants.

Why babies are abandoned

There are a number of causes of child abandonment in South Africa. These include restrictive legislation, poverty, high levels of violence including rape, extreme gender inequality and diminishing family support.

South Africa does not provide safe alternatives for desperate mothers who see no other option but to unsafely abandon a baby. Placing a baby for adoption is one such example. The law requires that both the mother and the father give their permission. If the mother is a minor, under the age of 18, she would need the consent of her own parents or guardian to give her child up for adoption.

What I propose is the legalisation of safe relinquishment with the continued prosecution for unsafe abandonment. Giving mothers more options rather than fewer will justify a prosecution for abandonment if done unsafely. These laws will require a national advertising campaign to create awareness of the locations of safe places to leave babies. It will also guarantee mothers that their identities will remain anonymous upon safely relinquishing their infants.

Baby savers around the world

So what is a baby saver? It is also referred to as a baby safe, baby box and the babyklappen (in Germany). The saver allows a mother or relinquishing person to anonymously and safely leave an infant in a box-like structure built in to a wall. An alarm is triggered when the infant is placed inside and emergency medical teams or first responders are immediately notified. The infant is collected and taken to a place of safety.

Currently there are 35 organisations that have actively introduced baby savers in South Africa. The first was the Door of Hope Children's Mission, established in 1999 despite the absence of legal backing. To date 240 babies have been saved through this facility.

These organisations provide a space for mothers to safely give up their babies. Babies found after surviving unsafe abandonment are also brought to these organisations. But without legalisation the areas in which these savers are located are not widely publicised. This limits the access desperate mothers have to them and this also impedes the establishment of further savers in South Africa.

Unsafe infant abandonment is not unique to South Africa. Many countries around the world face this harsh reality, but some have developed alternatives. They may do it in different ways but they all aim to safeguard the child's right to life.

The first legalisation of the use of a baby saver was through the Baby Moses law enacted in Texas in 1999 after a spate of unsafe abandonments state-wide left 33 abandoned infants dead out of a total of 105. This was closely followed by Germany, which implemented the use of the babyklappen in 2000. Between 2001 and 2007, 143 infants were safely relinquished in these safes.

Now, activists and other organisations are petitioning for baby savers to be legalised in South Africa.

We are advocating for the amendment of the Children's Act 38 of 2005, for baby savers to be included and recognised as a safe alternative if used in the manner prescribed by our proposals. Importantly, we believe that baby savers should act as a last resort to assist mothers where counselling was unsuccessful or unobtainable.

Changing the law will encourage more baby savers to be opened in areas where infant abandonment is at its worst. It will also allow these savers to be publicly advertised to reach more mothers in need. 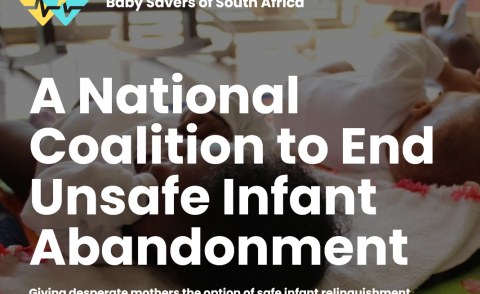 Woman Due in South African Court for Allegedly Abandoning Baby
Tagged:
Copyright © 2021 The Conversation Africa. All rights reserved. Distributed by AllAfrica Global Media (allAfrica.com). To contact the copyright holder directly for corrections — or for permission to republish or make other authorized use of this material, click here.