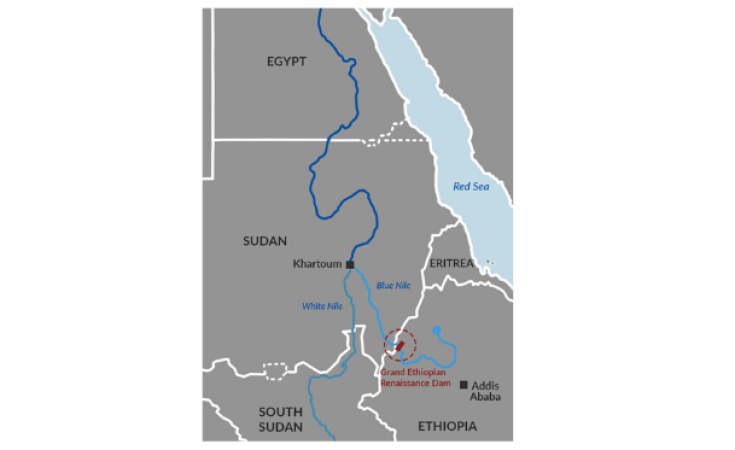 "This year also we are experiencing extreme rainfall in the Abbay Basin (Blue Nile Basin). As a result, the GERD reservoir has filled rapidly. GERD is an Ethiopian hydropower dam and guardian infrastructure asset for the downstream countries against climate change. It is also a means to develop further and prosper together, it can never be a treat. The next milestone for GERD construction is to realize the early generation in the next few months."

On the other hand, Ethiopians across the world are expressing appreciation to the successful second phase filling of the dam. They are also encouraged to contribute their fair share. In this regard, Ethiopians living in Nordic countries have collected finance to support the dam.

According to the Ethiopian Embassy in Sweden, the successful second phase filling of GERD encouraged Ethiopians in these countries to contribute some 10,000 USD. The finance has been gained from bond sale since the commencement of the second filling, it was learnt.

Among those who bought the bond is Private Abeya Bekele and his family. He has bought a bond that worth 3000 USD. He expressed that he involved in buying bond to strengthen the interconnection of his children with their motherland.

He said that he is interested to serve his country since the nation is facing internal and external problems. The former fighter pilot who had fly Ethiopian Airforce jet is ready to help his nation to be protected from any kind of military attack.

Ethiopian Ambassador in Stockholm Diriba Kuma appreciated the private. And he called on Ethiopians to participate in supporting the grand dam and defending foreign influence on the country.

There has been an international influence on Ethiopia claiming that the dam will reduce amount of water in the downstream countries. However, Sudan is expressing that it has been facing no water amount reduction. On 18 July 2021, Sudan's Al-Rusaires Dam Director Hamid Mohamed Ali reportedly that the daily water amounts are stable although Ethiopia has been undertaken the second filling of the GERD.

"Since April, Al-Daim station on the border with Ethiopia has not monitored any drop in the daily level of the water coming from the Ethiopian Plateau to Sudan, he stated. Although the filling is not yet affect his country, the director did not hide his interest to see binding agreement on the filling and operation of the dam.

Ethiopia, Sudan and Egypt have been discussing under the auspices of the African Union on the technical and legal issues related to the filling and operation of the GERD. The two countries have been trying to internationalize and securitize the development project.

GERD which was started in 2011 is expected to provide more than 6,000 megawatts of electricity and enable the neighboring countries to secure energy with cheap price. Moreover, more than 60 million Ethiopians are enthusiastically waiting for the completion of the dam to get electric light.

Currently the total construction of the dam has reached 80 percent completion.