Somalia: US Strikes Al-Shabab in Somalia for First Time in Six Months 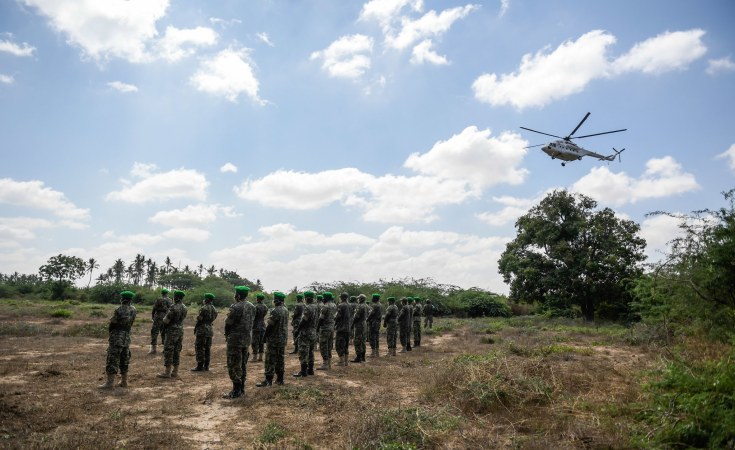 Washington — Somali commandos coming under attack from the al-Shabab terror group got some help from above, for the first time in months, in the form of a U.S. airstrike.

The Pentagon late Tuesday confirmed U.S. forces were behind the single strike near Galkayo, about 580 kilometers north of the capital of Mogadishu, which was first announced by Somali officials earlier in the day.

A Pentagon official told VOA the strike was authorized under existing authorities to defend U.S. partner forces and came even though no U.S. troops were on the ground.

Tuesday's airstrike targeting al-Shabab is the first such strike in six months, and the first carried out since U.S. President Joe Biden took office.

U.S. officials declined to elaborate on why this strike was approved or whether U.S. Africa Command will start conducting a more intensive air campaign in support of Somali forces, like those the U.S. has deployed in previous years.

Another seven airstrikes were launched in the first two-and-a-half weeks of 2021, before former U.S. President Donald Trump left office.

U.S. officials explained the slowdown by citing on a Biden administration review of the military's airstrike policy. Still it, sparked concern among senior Somali officials, causing some to warn the change would allow al-Shabab "to come out of hiding."

Since then, Somali officials have repeatedly called for the resumption of U.S. airstrikes.

"We have good cooperation and collaboration with the U.S.," he said. "There are hard-to-reach areas in the forests where the airstrikes used to target their leaders."

Somali officials have also said they would like to see expanded support from the U.S., not just airstrikes.

"We also need medical support, uniform, camps for troops to sleep and rest, and rations," he added.

Top U.S. military commanders have likewise warned about the growing danger, some admitting that the decision by the Trump administration to pull out almost all U.S. forces from Somalia has made the situation worse.

"Since that time, we have been commuting to work," AFRICOM commander General Stephen Townsend told lawmakers this past April. "There's no denying the reposition of forces outside Somalia has introduced new layers of complexity and risk."

"Our understanding of what's happening in Somalia is less now than it was when we were there on the ground," he added.

In the meantime, AFRICOM has been trying to make do, sending troops into Somalia for periodic training missions to supplement about 100 troops now working mostly out of the U.S. Embassy.

AFRICOM officials have also made their final recommendations regarding troop numbers in Somalia and all of Africa as part of the Pentagon's ongoing force posture review, which is expected to wrap up around the end of August.

For now, however, warnings about the danger posed by al-Shabab continue to abound.

"Al-Shabab still enjoys a lot of freedom of action," Vice Admiral Hervé Bléjean, director-general of the European Union Military Staff, said at a virtual defense forum last month. "You can really feel the atmosphere of the insecurity there."

Yet there is some disagreement as to whether airstrikes, whether carried out by the U.S. or others, are the solution.

Records kept by the Armed Conflict Location and Event Data Project (ACLED), a U.S.-based nonprofit research group, suggest that the danger to civilians in Somalia from al-Shabab actually decreased in the absence of airstrikes.

One former Danab officer, speaking on the condition of anonymity, also questions the dependency on airstrikes, even though he told VOA that "there is nothing that al-Shabab hates more."

The officer said U.S. airstrikes have killed about 100 of the terror group's commanders, including former leaders Ahmed Abdi Godane and Aden Hashi Ayro, almost to no avail.

An Africa Union official who asked not to be identified because he does not have authorization to speak to media agreed.

"Airstrikes cannot have an impact until the ground forces are effective," the official said. "Until you cripple the command and control, their capacity to regroup, to be organized to be led -- that is when the airstrikes will be effective."

"But they still have leaders replaced, so what you are doing is quite minimal," he added. 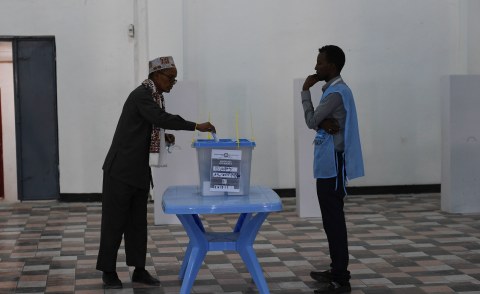 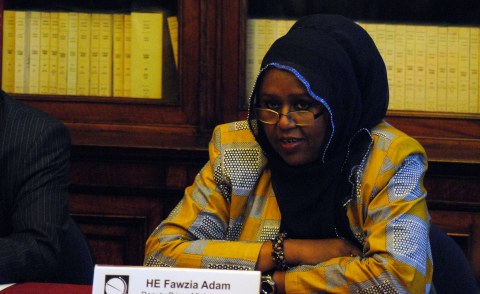 Somali Presidential Hopeful Says It's Time for Women to Lead
Tagged:
Copyright © 2021 Voice of America. All rights reserved. Distributed by AllAfrica Global Media (allAfrica.com). To contact the copyright holder directly for corrections — or for permission to republish or make other authorized use of this material, click here.