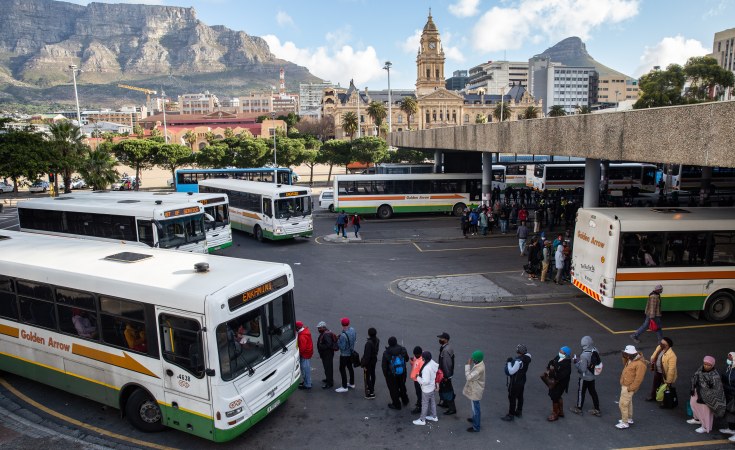 Transport Minister Fikile Mbalula has appointed a panel to assist government to address the challenge of unity and leadership in the taxi industry.

This comes after various incidents of taxi-related violence in Cape Town in recent months, which has claimed the lives of several taxi operators, drivers and commuters.

"These two associations have a history of violence and conflict that goes back many years, precipitated by disputes over lucrative routes and ranking facilities," Mbalula said.

He was addressing a media briefing with Western Cape MEC for Transport Daylin Mitchell on the developments regarding the taxi industry in Cape Town.

In tackling the current conflict and protecting the lives of innocent people, MEC Mitchell gazetted a general notice on 9 July 2021.

This notice outlined proposed actions, which the provincial government will have to resort to in the event where CATA and CODETA fail to find one another and arrive at an amicable solution.

"In the event a decision is arrived at for the Provincial Minister to implement some or all of the extraordinary measures outlined in the notice, these will be enforced without fear or favour.

"The province has our full support in this regard. The full might of the law will be unleashed on all those who undermine the law and seek to perpetuate violence," the Minister said.

Following days of engagements with CATA and CODETA, who have yet to find a solution to the conflict, the Minister outlined a process that has been agreed on to address the matter.

He said government is affording the two associations a further opportunity to find each other and agree on how to resolve the conflict.

"We welcome the fact that no party has walked away from the negotiating table and that there is willingness among the parties to continue negotiations.

"Having taken note that the talks between these parties have failed to make any significant progress thus far, government is undertaking its own assessment, guided by its obligation to protect the lives of innocent people, on the implementation of the provisions of the law that should be invoked.

"In the event such provisions are invoked, this affords an opportunity to affected parties to make representations on the proposed measures including closure of routes and ranks," the Minister said.

Mbalula said in the event the extraordinary measures are invoked, consideration must be given to the deployment of alternative transport for the communities and security thereof.

"In deploying alternative transport in the affected routes, the Provincial Minister is empowered by law to allow other operators to provide services on a temporary basis.

"Communication with affected communities is a key imperative, particularly on the availability of alternative transport arrangements, including the impact of this as well as the safety of commuters resultant from such operations. The mediation process must take its course in order to find a lasting solution to the conflict," the Minister said.

He urged the two associations to make a concerted effort to find a lasting solution to the challenges that have persisted over the years with renewed purpose that has no room for violence.

"The safety of commuters remains the paramount and overarching priority of whichever outcome of the current processes and is a non-negotiable. The long-term solution should assist us in providing a safe, reliable, affordable and law abiding service for the commuters in the Cape," the Minister said.

Previous Story
Cape Town Taxi Violence - City Businesses Put Staff Up in Hotels
Next Story
When Will the Taxi Violence End, Asks Cape Town Commuter Desperate to Get to Work

When Will the Taxi Violence End, Asks Cape Town Commuter Desperate to Get to Work 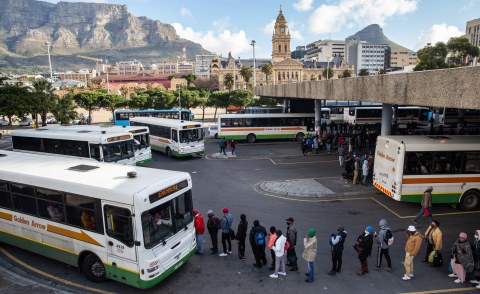 Will South African Taxi Violence Worsen School Drop-Out Rate?
Tagged:
Copyright © 2021 SAnews.gov.za. All rights reserved. Distributed by AllAfrica Global Media (allAfrica.com). To contact the copyright holder directly for corrections — or for permission to republish or make other authorized use of this material, click here.