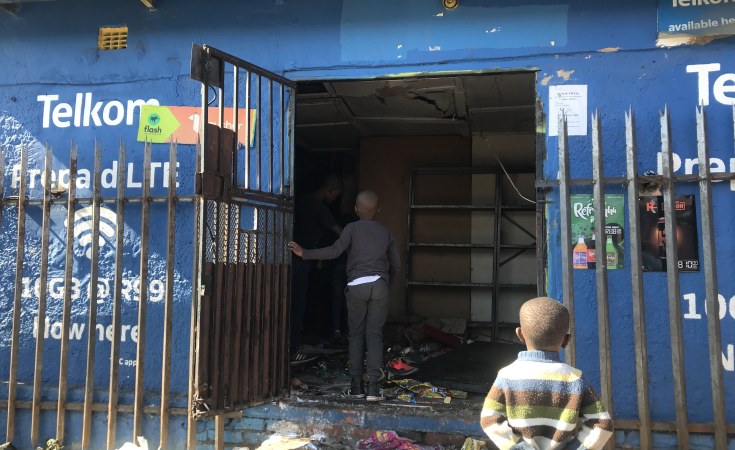 Jacob Zuma, who is serving a 15-month sentence at Estcourt Correctional Centre, travelled home to Nkandla after being granted compassionate leave to attend his younger brother's funeral.

Wearing a navy blue suit and tie and under armed guard, former president Jacob Zuma was escorted about 200 kilometres from his prison cell in Estcourt Correctional Centre to Nkandla on Thursday morning to attend his brother's funeral.

Heavy police and army presence was reported around Nkandla ahead of the funeral.

As with any prisoner when outside a correctional facility, the former president was not required to wear prison fatigues, said the Department of Correctional Services' statement.

Convoy of imprisoned former president Jacob Zuma arrives at his homestead kwaNxamalala in Nkandla as he has been permitted to attend the funeral of his late brother Michael Zuma, who passed away last week. Photo:Supplied

Zuma was sentenced to 15 months imprisonment for defying a Constitutional Court order to appear before the Zondo Commission...

Previous Story
Violence Was an Uprising of Elites, Not of the People
Next Story

Violence Was an Uprising of Elites, Not of the People