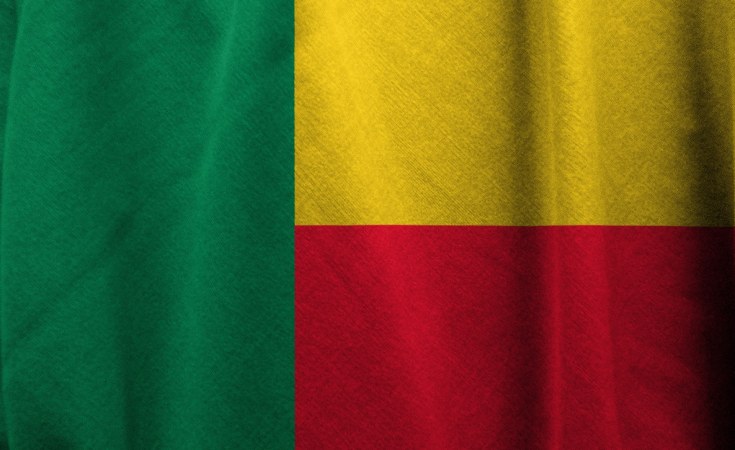 Pete Linforth/Pixabay
The flag of Benin.
The New Times (Kigali)
By Edwin Ashimwe

Kacyira is Rwanda's Ambassador to Benin with residence in Accra, Ghana.

During the ceremony, President Talon described the bilateral relations between the two countries as 'familial'.

He encouraged the Ambassador to work closely with the Ministry of Foreign Affairs of Benin and expressed his commitment to "deepen the ties of friendship and yield more cooperation".

"Rwanda and Benin are more than friendly countries, we are family. Feel at home and come to Benin frequently, we are committed to deepen our friendship and cooperation." President Talon said.

On her side, Ambassador Kacyira expressed her appreciation and delight at the warm reception and her commitment to further enhance this cooperation.

"Relations between Rwanda and Benin are already very good and we are inspired by the commitment and visionary leadership of our Presidents.

With such conducive environment, the ball is in our court; public servants, diplomats, the private sector, media and civil society to work hand in hand as one and deliver the best results. We as Team Rwanda are ready to closely work with Team Benin as one, and together we shall deliver," Kirabo said.

Rwanda and Benin enjoy fraternal relations anchored on the warm brotherly relations between President Paul Kagame and President Patrice Talon, according to a statement from the embassy.

The two countries have previously collaborated on different areas including ICT, urban development, administration and air transport, among others.

Kacyira is expected to meet with some Beninese leaders to discuss ways to bolster relations in existing areas of cooperation and identify room for diversification as the two sides move to deepen relations.